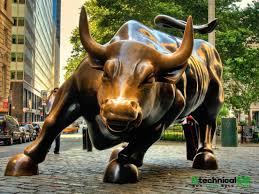 3 Cannabis Stocks Capitalizing on the California Cannabis Market In 2020

During the last month, we have read a few positive reports that were published by leading broker-dealers that are focused on the cannabis sector. These reports have been especially bullish on the US cannabis market and this is an opportunity that we are excited about heading into 2020.

2019 was a period of sustained growth for the US cannabis industry and many multi-state-operators reported substantial revenue growth during this time. When looking at the markets that were major contributors to this growth, California is a market that stands out. Going forward, we expect California to continue to be the world’s largest cannabis market and we have been focused on determining which companies would benefit from this in 2020.

According to Statista, the California cannabis industry is projected to generate more than $6.59 billion in sales by 2025 and we are currently evaluating companies across the cannabis value chain levered to this bellwether market. Today we have highlighted 3 companies that are positioned to capitalize on this opportunity in 2020 and beyond.

ManifestSeven: A Pre-IPO California Company to be Monitoring

ManifestSeven (M7) has been involved with the cannabis industry since 2014 and has been laser focused on the California market. Through a series of accretive acquisitions, M7 has been able to evolve from being a venture investment firm into California’s first omnichannel model for legal cannabis, servicing both business-to- business (B2B) and business-to-consumer (B2C).

By being one of the first companies to focus on the California market from an investment standpoint, M7 had access to some of the most high-profile opportunities in the state and conducted significant due diligence on these operators. This amount of experience puts M7 in a league of its own and we want to highlight the assets that fall under the operation:

By the second quarter of 2020, M7 expects to be cash flow positive and we will monitor how the management team continues to ramp the business. The company is debt free and has been reporting strong top-line growth. This is a trend that is expected to become more significant in the coming quarters and we are favorable on the way the management team has been focused on reducing expenses.

When looking at the assets that fall under the M7 umbrella, there is a lot to be excited about and we are favorable on the amount of value and the synergies that can be found between these assets. These businesses represent the cornerstone of M7’s seamless retail channel (e-commerce, delivery and subscription) and have played a key role in the execution of the company’s vision of creating a one-stop-shop for all products and services. Going forward we are bullish on the growth prospects associated with the M7 operation and we expect to see the company continue to grow through inorganic and organic growth initiates.

With a network of more than 10,000 ancillary B2B clients, M7 is well positioned to execute on the distribution side of the California cannabis industry and we are bullish on this aspect of the story. The company has more than 335 active and compliant dispensary accounts and we are favorable on the relationships that it has with legal operators.

We believe that M7 possesses the traits and the assets that are needed to be successful in the California market. Last month, we met with the company’s management team while in Las Vegas and left the meeting feeling very impressed. The company has visible growth prospects and we are favorable on its path to profitability.

1933 Industries Inc. (TGIF.CN) (TGIFF) is a leading U.S. cannabis company that has been flying under the radar and is positioned to capitalize on the California cannabis market. When it comes to acquiring and launching leading cannabis brands, the company has been nothing short of an execution story and is opportunity that we are bullish on.

Heading into 2020, 1933 Industries is well positioned to record substantial revenue growth in 2020 as it ramps up production in Las Vegas and executes on the opportunity in California. We are favorable on the growth prospects associated with these markets and are of the opinion that the company has an attractive risk-reward profile.

A few months ago, 1933 Industries announced a management services agreement with Green Spectrum Trading, a California licensed cannabis cultivator, manufacturer and distributor, that holds a pending home delivery business license. In the near future, the California based state-of-the-art manufacturing facility will become operational and we expect this to be an important catalyst. The move into California represents the natural progression of a cannabis company that is actually executing on the Nevada market and find this to be significant.

Once the facility becomes operational, 1933 Industries expects to bring on additional cultivation capacity for its premium AMA flower brand and we expect the brand to perform well in the California market. When it comes to acquiring and launching leading cannabis brands, 1933 Industries has been nothing short of an execution story and we expect to see these brands gain considerable traction in California. Green Spectrum represents a strategic partner for the company and we expect the relationship to prove to be a major catalyst for growth in 2020.

One of the reasons we are bullish on 1933 Industries is due to the valuation (especially when compared to other US multi-facility operators and brand companies). Currently, the company is trading at a considerable discount to its peers and we find this to be significant. As of September 30th, the company reported to have almost $18 million of cash on hand and $22.5 million of working capital.

Next Green Wave: A California Execution and Brand Story

Next Green Wave (NGW.CN) (NGWF) represents an emerging California cannabis company that has been flying under the radar and this is an opportunity that we are excited about. From the completion of harvests to the completion of financings, the company is well positioned to record strong growth in 2020 and we believe that this aspect of the story is not fully appreciated by the street.

A few months ago, the California cannabis company reported to have completed its third harvest and to have sold the product through its partner brands at selected dispensaries throughout California. The cannabis grown by the company has consistently passed strict category three testing (CAT3) and meets all premium standards for the California market. Due to the vaping health crisis, we find the company’s ability to meet all safety standards to be significant as we head into 2020.

During the last year, we have seen a significant increase in the number of raids on illegal cannabis operations in California. Going forward, we expect this trend to continue and to benefit companies like Next Green Wave. As these illegal operators are removed from the market, we expect to see increased demand for premium cannabis brands and are bullish on the products that fall under the company’s umbrella.

One of the reasons we are excited about Next Green Wave is due to its focus on distribution. This is one of the most important aspects of the cannabis industry and we are bullish on the growth prospects associated with the network that is supporting the operation. In 2020, Next Green Wave will focus on continuing to build out its distribution strategy to deliver value to leading dispensaries. Similar to a pharmaceutical distribution model, this will allow the company to bypass third party distributors, improve operational efficiency and deliver direct to the retailer.

During the last year, Next Green Wave has been under pressure with the rest of the cannabis sector and we find the risk-reward profile to be attractive at current levels. We are favorable on the way the management team has been able to execute and drive the story forward. When compared to its peers, Next Green Wave is trading at a considerable discount and this is an opportunity to put on your radar.

Pursuant to an agreement between StoneBridge Partners LLC and Manifest7. (MSVN) we have been hired for a period of 180 days beginning August 1, 2019 and ending February 1, 2020 to publicly disseminate information about (MSVN) including on the Website and other media including Facebook and Twitter. We are being paid $10,000 per month for or were paid “ZERO” shares of unrestricted or restricted common shares. We own zero shares of (MSVN), which we purchased in the open market. We may buy or sell additional shares of (MSVN) in the open market at any time, including before, during or after the Website and Information, provide public dissemination of favorable Information.

Pursuant to an agreement between StoneBridge Partners LLC and 1933 Industries we have been hired for a period of 180 days beginning July 15, 2019 and ending January 15, 2020 to publicly disseminate information about (TGIF) including on the Website and other media including Facebook and Twitter. We are being paid $7,500 per month for a period of 6 months. We own zero shares of (TGIF), which we purchased in the open market. We plan to sell the “ZERO” shares of (TGIF) that we hold during the time the Website and/or Facebook and Twitter Information recommends that investors or visitors to the website purchase without further notice to you. We may buy or sell additional shares of (TGIF) in the open market at any time, including before, during or after the Website and Information, provide public dissemination of favorable Information.