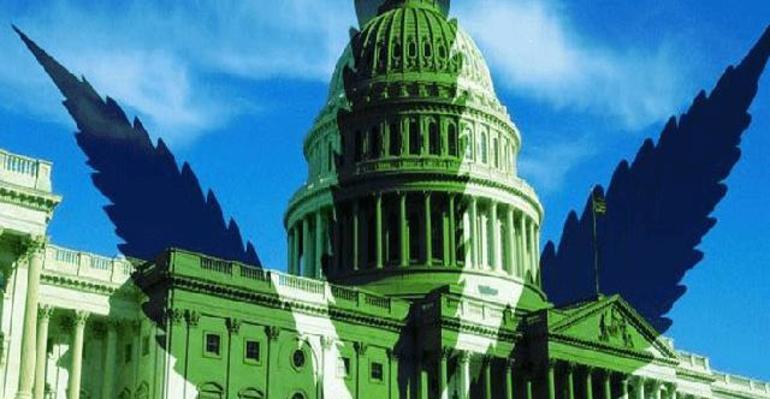 The attorneys general of 38 states and territories sent a letter to congressional leaders on Wednesday, urging them: Please, let us bank the money generated by the country’s booming cannabis business.

Most states and several U.S. territories have legalized medical marijuana, and 10 states and the District of Columbia have legalized adult recreational use. But federal law still considers marijuana illegal, which exposes banks to legal risk if they handle weed-related money or transactions.

“This is simple: Not incorporating an $8.3 billion industry into our banking system is hurting our public safety and economy,” California Attorney General Xavier Becerra, one of the signatories, said in a statement. “The SAFE Banking Act would reward taxpayers and small and local licensed businesses who play by the rules. We urge Congress to pass legislation to meet the demands of our growing economy.”

The attorneys general say they want to move the marijuana business out of a financial gray area and into the regulated banking sector. Many marijuana businesses end up dealing in cash, and lots of it — making revenue tracking and taxation more difficult for states and creating targets for crime.