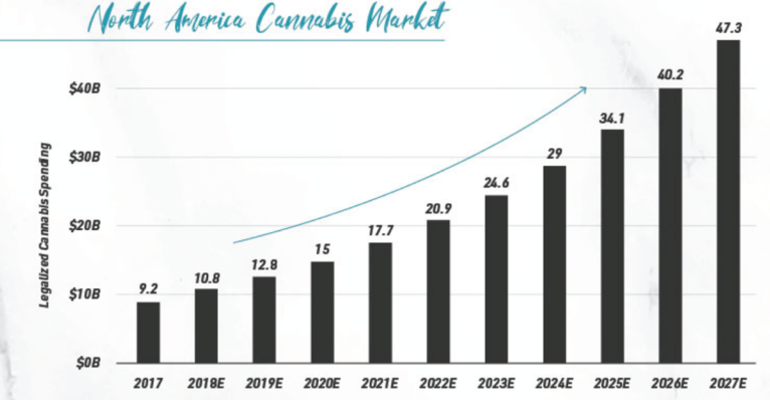 8 incredible facts about the booming US marijuana industry

The marijuana industry is booming in the United States.

From the $52 billion in sales the industry posted to the  76% increase in cannabis jobsthis year, there are plenty of statistics to show marijuana’s startling contributions to the US economy.

Marijuana initiatives have swept through state legislatures in recent years. Recreational marijuana use is legal in 10 US states, while medicinal marijuana is legal in 33. Illinois became the most recent state to weigh the topic when Gov. JB Pritzker introduced a bill to legalize the drug on Saturday.

Now, the industry is showing no signs of slowing down.

Read on for eight interesting facts about the US marijuana industry: