TORONTO, May 13, 2019 (GLOBE NEWSWIRE) — PRESS RELEASE — Aleafia Health Inc. has provided a corporate update and reported its First Quarter 2019 financial results for the period ended March 31, 2019. Aleafia Health has filed today its consolidated financial statements and related management’s discussion and analysis, both of which are available on Aleafia Health’s profile at www.SEDAR.com. All financial information in this press release is reported in Canadian dollars, unless otherwise indicated. The company’s acquisition of Emblem Corp. closed on March 14, 2019, and as a result, Emblem financial results prior to the closing date are not reported in the financial statements.

“In 2018, Aleafia Health laid the groundwork for a breakthrough 2019, and we have now begun to see the results of this work. The closing of the transformative acquisition of Emblem has accelerated our global mission of growing, processing and selling high-margin value-added cannabis products by 12 to 18 months,” said Aleafia Health CEO Geoffrey Benic. “Our three production facilities will, when operational, truly leverage our global distribution platform, brands, and data-driven product expertise. Concurrently, we have achieved an improved capital markets profile, graduating to the Toronto Stock Exchange, while increasing our cash position despite making major investments in the buildout of our modern production facilities. I would like to thank our entire team, from the leadership of our Board, to clinic staff and physicians, production buildout crews, and management for the outstanding work and commitment shown to our shared cannabis health and wellness vision.”

Aleafia Health has announced that it has received a status update letter from Health Canada indicating that Aleafia Health’s Cultivation License application for its Niagara greenhouse facility has passed a high-level review and that Health Canada has no concerns at this point. Passing this mandatory review is an important requirement as outlined by the new licensing guidelines announced by Health Canada on May 8, 2019. The company is also pleased to report that its License Amendment application for the Port Perry outdoor grow expansion is now officially under review by Health Canada.

Emblem Acquisition: On March 14, 2019, Aleafia Health closed the acquisition of Emblem in an all share transaction. The acquisition accelerated the company’s business strategy by creating: a Canadian medical cannabis clinic and education center network with 60,000 patients seen to date; a high-value, highly differentiated product portfolio of oils, capsules and sprays; scaled production capacity and leading supply with three dedicated cultivation and product innovation facilities and the industry’s largest LP-to-LP cannabis supply agreement; a national and global distribution platform with provincial supply agreements, retail partnerships and a global expansion; and improved capital markets profile and liquidity, including up-listing to the TSX.

160,000 sq.ft. Niagara Greenhouse: During the reporting period, the company brought its Niagara greenhouse to a grow-ready state and submitted its evidence package to Health Canada, demonstrating that the facility meets all requirements to secure its Cultivation License.

1.1-Million-Square-Foot Port Perry Outdoor Grow: Aleafia Health submitted its License Amendment application for a 1.1-million-square-foot (26 acres) outdoor grow expansion where its licensed and operational Port Perry Indoor facility resides. Subsequent to the reporting period, the company completed the build-out of the outdoor grow site and on May 3, 2019, submitted its evidence package to Health Canada, demonstrating that the facility meets all requirements to secure its License Amendment.

International Expansion: On Jan. 18, 2019, the company announced the launch of its international expansion with the closing of its 10-percent equity stake in Australian Licensed Producer CannaPacific Pty. Limited. Subsequent to the reporting period, on April 11, 2019, the company announced that it made an increased investment in CannaPacific by the purchase of AU $540,000 worth of ordinary shares to maintain the company’s 10-percent stake, following CannaPacific’s successful acquisition of a 108.000-square foot greenhouse for cannabis cultivation in New South Wales, Australia. The company has received an Import Permit from the Australian Office of Drug Control, and expects to complete its first international product shipment, following receipt of a Health Canada Export Permit, which the company has applied for. Also following the reporting period, the company announced on May 6, 2019 its entrance into the German medical cannabis market by expanding the scope of Emblem’s joint venture with German pharmaceutical wholesaler and logistics company Acnos Pharma GmbH. The company, through Emblem, owns 60 percent of the JV, and will leverage Acnos’ supply chain network, including access to 20,000 pharmacies and 110 distribution centers in the world’s largest medical cannabis market.

Improved Capital Markets Profile: On March 19, 2019, the company successfully graduated to the Toronto Stock Exchange. The company believes that the TSX listing will benefit the company due to greater liquidity and increased credibility with North American institutional investors. Prior to graduating to the TSX, the company was also named the year’s top performing company for the entire TSX Venture Exchange in 2018. 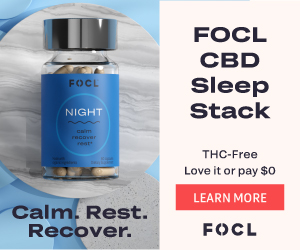