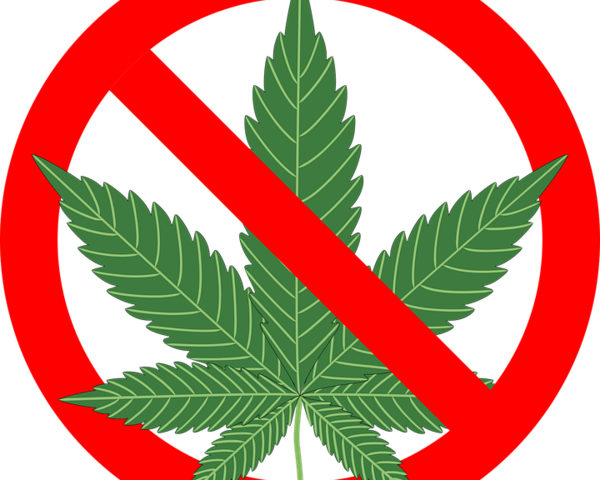 Glass half-empty investors will see this as a disappointment: several more years to internationalize the cannabis industry.

Glass half-full investors will see a much different picture. A sector that, in every respect, is still in its infancy.

Cam Battley, CEO of industry giant Aurora Cannabis Inc. (US: ACB, CAN:ACB) thinks that this time-frame plays to the advantage of the Canadian cannabis industry.

“We know that the demand will be there internationally. And right now, we have a significant advantage because American cannabis companies cannot export their product.”

“We have a massive market over in Europe, even in Latin America. These countries are legalizing medicinal cannabis one by one but they’re not growing as much as us. They’re going to need product, and we’ve already got the ball rolling on exporting.” [emphasis mine]

Canada and the United States lead most of the international community in moving to legalize cannabis usage and cannabis commerce. Yet even in North America, we see both an uneven path to legalization and a slow transition away from black market cannabis commerce.

This is an industry dynamic that can be summed up in two words: government incompetence.

In the United States, cannabis remains illegal nationally. It’s still classified as a Schedule 1 narcotic. It’s still (officially) equated with drugs that are genuinely dangerous – like heroin and LSD.

It’s being legalized on a state-by-state basis, but here we also see political dithering and bureaucratic inertia. TSI has reported on how governments on both sides of the Border continue to stumble badly in the process to normalize cannabis in our societies (and economies).

In Canada, 72% of recreational cannabis sales in 2019 are expected to take place on the black market – despite national legalization in October 2018.

Even in fully legal U.S. states, the numbers are equally dismal. In Massachusetts, 75% of all cannabis revenues this year are expected to flow to the black market. In California, with one of the longest histories of legalized medicinal cannabis, 60% of cannabis commerce is still on the black market. Only roughly 10% of counties in California have fully legalized cannabis commerce.

Despite this reality, media muppets in both Canada and the U.S. regularly issue their uninformed opinions that “cannabis is a bubble”.

Right, the (legal) cannabis industry still only has access to the tip of the iceberg in terms of cannabis revenues, but the industry is “a bubble”.

That’s about as intelligent as calling Amazon “a bubble” – 15 years ago.

It’s going to take another 5 – 7 years to begin to internationalize cannabis commerce. This is not because of limited commercial potential for cannabis.

Cannabis is clearly the most versatile, useful and (potentialy) valuable plant species known to humanity. The best medicine. The safest recreational drug. Packed with nutrition. Loaded with other health-promoting properties. Martha Stewart just announced that she is getting into the production of cannabis-related products.

It’s not going to take another 5 – 7 years to commercialize cannabis internationally because of a lack of consumer interest/demand.

As TSI recently reported, cannabis consumers remain light years ahead of elected officials. With few exceptions, the politicians continue to display absolutely zero comprehension of cannabis, either as a plant or as a commercial opportunity.

Canada is moving to Phase 2 of national legalization. Yet the politician in charge of this process, Bill Blair, knows so little about cannabis that it’s unclear if he can spell the word unassisted.

The active ingredients in the cannabis plant are known as cannabinoids. The human body naturally produces its own cannabinoids (“endocannabinoids”) because they are essential to human health.

But Bill Blair thinks cannabis is a dangerous drug.

“It’s not the government’s intention to promote the use of this drug but rather to make it legally available in a well-regulated manner to reduce the social and health harms often associated with cannabis use.” [emphasis mine]

Blair claims that one of the “first priorities” in legalizing cannabis is “displacing the illicit market”. Then Blair piled on ridiculously onerous regulations on the Canadian cannabis industry in Phase 2 of legalization. This will jack-up the costs of bringing new cannabis products to market – making these products completely uncompetitive with black market prices.

In the U.S., the state of New York has spent years trying to get cannabis legalized for recreational use. Yet in last-minute negotiations to keep yet another bill from dying, rumors are surfacing (via Twitter) that the only way the bill will pass is by loading it up with more “law enforcement” dollars.

What do New York police plan on doing with those extra resources? Arrest mothers who are feeding cannabinoids to their babies in breast milk?

This leads back to the internationalization of cannabis. As the Financial Post reports:

Canada is signatory to three international treaties that prohibit the movement of cannabis for recreational purposes — the 1961 Single Convention on Narcotic Drugs, the Convention on Psychotropic Substances (1971) and the UN Convention Against Illicit Traffic in Narcotic Drugs and Psychotropic Substances, ratified in 1988. Under those treaties, Health Canada has an obligation to restrict the movement of cannabis to “medical and scientific purposes between countries.”

The UN has already called on nations to “decriminalize” all narcotics. It’s the most unequivocal condemnation of the failed “War on Drugs”.

In that context, any quasi-enlightened government would be fast-tracking cannabis legalization and promoting the use of cannabis ahead of (truly) dangerous drugs like nicotine and alcohol.

Then we have Canada’s Bill Blair.

Consumers want (legal) cannabis products. Companies want to build cannabis-related businesses. Governments want all the tax revenues that would be generated from this (legal) economic activity.

Even so, it will likely take another 5 – 7 years before we begin to see legal, international cannabis commerce. While this may end up favoring Canadian cannabis companies (and their shareholders), it is still an unreasonable amount of time globalize the cannabis trade.

So what’s the problem? Ask the politicians, because they are the problem.