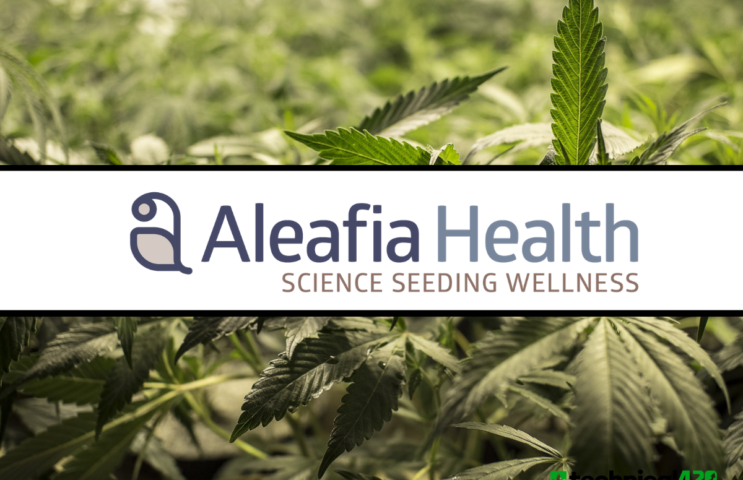 Earlier this month, we published an interview with Geoff Benic, CEO of Aleafia Health Inc. (ALEF.TO) (ALEAF) and after receiving a lot of positive feedback on the story wanted to do a follow up article.

Prior to the COVID-19 outbreak, the Canadian cannabis producer had invested capital to develop a state-of-the-art technology platform to support the verticals that it was levered to. During this time, Aleafia Health also focused on improving how it supports medical cannabis patients and we are favorable on how the business has advanced from a delivery and distribution standpoint.

With regard to the virtual cannabis clinic market, Aleafia Health has been ahead of the curve as in 2018, the company invested in the technology and training needed to provide virtual patient consultations. This allowed the company to be prepared to shift the business model as a result of the COVID-19 outbreak. Within two days, Aleafia Health was able to transition its cannabis clinic business to be 100% virtual, a development that exemplifies the company’s ability to be nimble and to adapt to a changing market landscape.

Another way that Aleafia Health has been able to modify the business is through its focus on the home delivery market. Through Last-Mile, Aleafia Health is highly levered to the home delivery cannabis market and this represents a significant growth opportunity for the business. In the US, we have seen significantly higher demand for cannabis delivery services and this is a trend that we expect to similarly play out in Canada.

Over the next year, we expect to see Aleafia Health penetrate new markets through the launch of the home delivery service. In the near term, Aleafia Health’s primary focus will be to expand from the City of Toronto to the surrounding communities which accounts for 25% of the Canadian population. After this, the company plans to expand to Alberta and we are favorable on the growth strategy that is in place. With regard to this strategy, the company will utilize a cost effective approach and will target areas that have a large concentration of patients.

Through the tele-medicine and home-delivery market, Aleafia Health has been able to tap into two major growth markets. We believe that these verticals are especially well positioned for growth during the COVID-19 crisis and find this to be an attractive aspect of the Aleafia Health story. Over the next year, we expect these verticals to represent substantial growth drivers for the business and believe that the market does not completely appreciate it.

At current levels, Aleafia Health has a compelling valuation and a favorable risk-reward profile. Earlier in the article, we highlighted the company’s ability to be nimble and believe that this aspect of the story needs to be set forth in greater detail. Since inception, Aleafia Health has taken a cost-effective approach to the Canadian cannabis industry and this has played a key role in the company’s ability to maintain a strong balance sheet.

Aleafia Health is led by a management team that has worked with several leading supply chain logistics companies and we are favorable on how this expertise has transitioned over to the cannabis industry. To succeed in the logistics industry, a company needs to be both cost effective and nimble so as to be able to adjust to sudden changes in the market. Aleafia Health has been able to follow this strategy and has been rewarded for its discipline (i.e. the acquisition of Emblem).

Due to the management team’s ability to be disciplined, Aleafia Health has been able to adapt to changes in the market and to fluctuations in the cost of capital. We believe that the business is well positioned for growth over the long-term and is an opportunity that we are excited about.

At current levels, we believe that Aleafia Health has a compelling valuation and a favorable risk-reward profile. The company has attractive growth prospects and has been nothing short of an execution story. Over the coming months, we expect to see a number of cannabis businesses go out of business as a result of the COVID-19 outbreak and believe that Aleafia Health will be a beneficiary of this.

We are favorable on how that Aleafia Health has transitioned to the cannabis clinic sector of the business and expect its delivery platform to generate strong traction. We believe that the market does not fully appreciate the growth prospects that are associated with the Canadian cannabis producer and believe that it is an opportunity to be watching.

Going forward, we expect Aleafia Health to be one of the businesses that is prepared to weather the storm associated with COVID-19. From a cash standpoint, the company is well positioned and we believe that the management team is bringing the business down the right road.0

If you are interested in learning more about the Canadian cannabis producer, please send an email to support@technical420.com to be added to our distribution list.

Pursuant to an agreement between StoneBridge Partners LLC and Aleafia Health Inc. (ALEF) we have been hired for a period of 90 days beginning February 15, 2020 and ending June 15, 2020 to publicly disseminate information about (ALEF) including on the Website and other media including Facebook and Twitter. We are being paid $8,000 per month (ALEF) for or were paid “ZERO” shares of unrestricted or restricted common shares. We own zero shares of (ALEF), which we purchased in the open market. We plan to sell the “ZERO” shares of (ALEF) that we hold during the time the Website and/or Facebook and Twitter Information recommends that investors or visitors to the website purchase without further notice to you. We may buy or sell additional shares of (ALEF) in the open market at any time, including before, during or after the Website and Information, provide public dissemination of favorable Information.