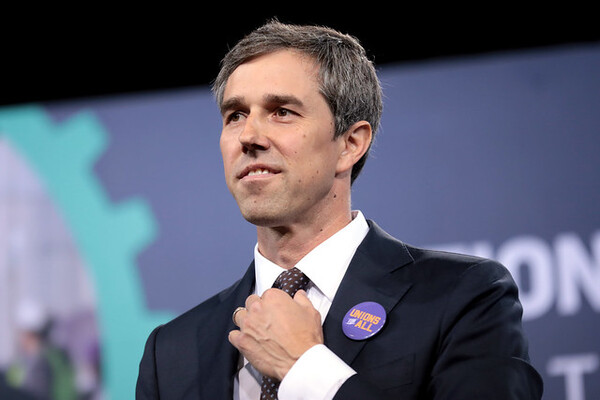 Democratic presidential candidate Beto O’Rourke unveiled his plan Thursday for federal legalization of marijuana, which includes a tax on the industry to fund a monthly stipend to repay people who served prison time on nonviolent marijuana charges.

The former congressman from Texas would combine a newly regulated marijuana market with restitution for policies that resulted in lengthy prison time for low-level drug crimes. The goal is to see that those who were harmed by the strict “war on drugs” policies of the past can now benefit from the money made in the marijuana business.

“We need to not only end the prohibition on marijuana, but also repair the damage done to the communities of color disproportionately locked up in our criminal justice system or locked out of opportunity because of the War on Drugs,” O’Rourke said in a statement.

O’Rourke’s tax would seek to fund a monthly grant program he calls the “drug war justice grant,” which would be given to people who were incarcerated for marijuana offenses. The grants would be offered for a period of time-based on how long they were in prison.

The tax money would also support substance abuse treatment programs and assist those affected by marijuana laws with housing and job support, as well as provide help for breaking into the marijuana business.

Most of the Democratic primary field supports the legalization of marijuana, reflecting a sea change in public opinion on the issue. Yet O’Rourke goes even further, joining Sens. Cory Booker (N.J.) and Kamala D. Harris (Calif.) in calling for those convicted of marijuana possession to have their criminal records expunged.

O’Rourke’s plan would also no longer allow marijuana charges to be considered grounds for denying citizenship or deporting immigrants.

The presidential candidate regularly talks about legalization on the campaign trail. O’Rourke publicly supported decriminalizing marijuana long before it was considered politically advantageous. As an El Paso city councilor in 2009, he sponsored a resolution calling on Congress to have a debate about legalizing narcotics. He later wrote a book with a fellow councilor explaining their support for marijuana legalization through the lens of living across the border from Juarez, Mexico.