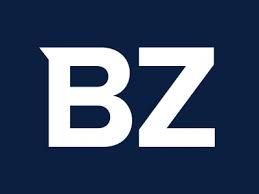 One word to describe your cultivation style: Intelligent

Can you share a bit of your background and how you and your company got to the present day?

Green Leaf Medical was formed in 2014 by myself and my brother, Kevin Goldberg. I had been running an advertising agency I started from the ground up in 1998 and Kevin was working at a law firm he founded shortly after graduating from Catholic University School of Law in 1995. After forming the company in 2014, we spent the next two years positioning Green Leaf to secure one of a limited number of licenses to cultivate medical cannabis in Maryland. In August of 2016, we were notified that our application had been approved and that we had received the highest score out of 146 applicants for cultivation. We then began the arduous task of raising capital to construct our 42,000-square-foot cultivation facility. We raised approximately $9 million through the sale of equity. The construction took 12 months and when it was completed, we had a state of the art, fully automated cultivation facility. We began cultivating in September 2017 and had our first harvest in January of 2018. At this point, we developed the gLeaf brand that is associated with all our products. The facility currently produces approximately 1,000 pounds of dry cannabis per month. From there, we acquired the first extraction and dispensary licenses issued in the state.

While working to build our brand in Maryland, we submitted an application for one of the limited number of cannabis licenses being issued in Pennsylvania. We won a license in the South-Central region, where we had purchased the former Seaton Leather manufacturing facility. This facility had been the largest employer in the area and economically devastated the community when it shut down nearly a decade prior. We raised an additional $13 million to convert the first 100,000 square feet of the 275,000-square-foot facility into a state-of-the-art cultivating and extraction facility. The facility became operational in April of 2019 and currently produces approximately 1,700 pounds per month of dry cannabis. In late 2019, we sold the facility to Innovative Industrial Properties for $13 million in a sale-leaseback transaction that would free up capital to continue expansion.

With Pennsylvania and Maryland operational, we turned our focus to Ohio. We were successful in winning a dispensary license in Warren, Ohio, where we serve hundreds of patients per day.

Next, we applied for one of five vertical licenses being issued in Virginia. We were successful in winning a license in Richmond, Va., and used the proceeds of the sale-leaseback in Pennsylvania to fund the buildout of an 82,000-square-foot cultivation, extraction and retail facility. Ultimately, we executed on a $20 million sale-leaseback with Innovative Industrial Properties, which completed the construction of the Richmond facility and provided us with growth and operational capital. The Richmond facility can produce 2,200 pounds of dry cannabis per month.

Finally, we recently began construction of the remaining 175,000 square feet of space in our Saxton, Penn., facility. Again, we funded this expansion through an additional sale-leaseback with Innovative Industrial for $30 million. We are building a triple stacked LED grow that will add 5,000 additional pounds per month to the existing 1,600 we are currently producing in Pennsylvania.

All told, our operations in the Mid-Atlantic region reach a population of approximately 34 million. Our facilities and current buildouts will allow Green Leaf to produce nearly 10,000 pounds of cannabis per month.

What tool or software in your cultivation space can you not live without?

Automated irrigation and environmental controls are definitely important, along with our proprietary inventory control and gLeaf live marketplace.

What purchase of $100 or less has most positively impacted your business in the last six months?

Buck boosters for our grow lights. Buck-boost transformers are small, single-phase transformers designed to reduce (buck) or raise (boost) line voltage up to 20%. These units boost the wattage of our grow lights from 1,000 watts to 1,150 watts. The units cost around $125 retail; however, our in-house engineers, Alan and Glenn Mountain, were able to build our own buck boosters for around $40. This has had a measurable, positive impact on our yields.

What cultivation technique are you most interested in right now, and what are you actively studying (the most)?

We are currently migrating to LED in flower so that we can stack our production and lower our energy costs. We are also focusing on perfecting tissue culture.

How has a failure, or apparent failure, set you up for later success? Do you have a “favorite failure” of yours?

It seems like every day there are new lessons to learn, whether it is undersized dehumidification, improperly placed floor drains, rolling benches that weren’t properly leveled or a hundred other things. One of my favorites would be the time a water line ruptured in one of the first flower rooms we constructed, flooding the floor. We thought it was no big deal because we were “smart” enough to include trench drains in our design. It wasn’t until we started pushing water toward the drains that we realized the floor was not sloped appropriately to move the water to the drain, rendering the “smart” trench drains useless. You can bet that on every construction project after that we made sure the slope was correct!

What advice would you give to a smart, driven grower about to enter the legal, regulated industry? What advice should they ignore?

Ignore nothing. There is always something to learn from other operators. Having said that, trust your instincts and develop your own style. There is no one “right” way to grow. Be prepared to get up early and stay late. Appreciate that producing construction plans, raising capital, growing quality cannabis and reducing your cost per pound is only part of running a successful operation. Even if you do everything else right, if you aren’t focused on your employees and corporate culture, it can all fall apart. At the end of the day, your success and happiness will in large part depend on the success and happiness of your employees.

How do you deal with burnout?

I try to keep a good balance between work, family and friends.

How do you motivate your employees/team?

The interaction and communication between our managers/leads and our employees is critical to motivating the team. We also have employee appreciation parties, we offer matching 401k, 90% health care coverage, free mental health services and more.

What keeps you awake at night?

What helps you sleep at night?

Having faced so many challenges over the past six years, I have come to realize that there is no problem that can’t be fixed. I may need to bring in someone smarter than me to think through the issue, but with the right people, we can overcome just about anything.

Editor’s Note: This interview has been edited for style, length and clarity.