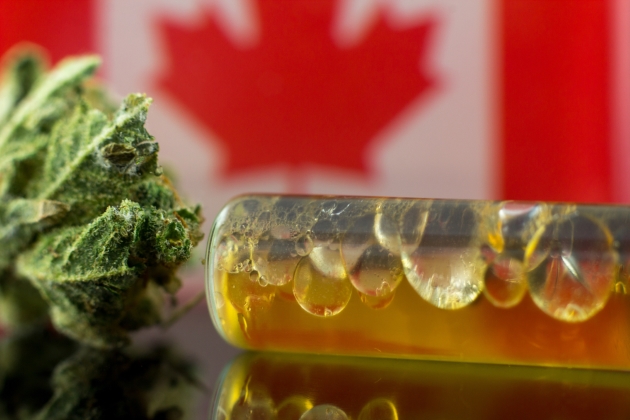 Since last year, when Canada legalized recreational pot in full, the nation became a kind of country-sized lab for how that new business would play out. That market could reach as much as $5.1 billion in annual sales by 2020, according to one estimate – though some predictions are higher, especially ones that include spending on accessories and growing supplies.

Still, even after all these months, and even with legalization done at a federal scale (as opposed to province by province), the cannabis payments process has hardly hit a full stride. While not as bad as the situation in the U.S., the situation demonstrates that payments don’t always keep pace with rapid social change — change that often encourages entrepreneurship. That said, payments providers are indeed working hard to fill in the gaps when it comes to the growing cannabis business, both in Canada and the U.S.

One month after Canada legalized marijuana for everyone in the country, Canadians spent C$54 million ($41 million) on the product, according to a recent report in Bloomberg. The C$54 million number is higher than the original estimate of C$43 million, illustrating the potential of the market. “Retail figures will vary as new stores continue to come online and the marketplace continues to evolve,” the report said.

Canada legalized cannabis after Prime Minister Justin Trudeau said prohibition wasn’t working and provided illicit money to gangs, while allowing for unchecked use by the country’s youth. The legalization of marijuana in Canada was a big win for the prime minister, who said he would legalize pot use when he was running for office in 2015. The idea is to take profits away from organized criminals and to regulate the production, distribution and consumption that is already available illegally.

But there are still barriers to full access and exploitation of those profits.

According to various reports and analysis, the Bank of Montreal remains the only “Big Five” financial institution in Canada to deal directly with the legal cannabis business there, including via financing of those state-sanctioned operations. That had led to the bank attracting business from cannabis producers seeking bank accounts — news that underscores what happens when a major payment and financial services provider gets in early. Smaller financial firms participated in the action as well.

The U.S., at least via certain federal agencies, has taken a dim view of legal recreational pot use in Canada, a view that has led to warnings and hassles for Canadian citizens entering the country. As well, Canadian financial institutions still worry that dealing with cannabis operations — even though they are legal — could lead to anti-money laundering compliance issues, as is the case in the U.S.

Those worries, in fact, have bled down into a warning regarding consumer payments — a warning that won’t do much to encourage the further use of digital payment methods and plastic cards for legal cannabis purchases in Canada.

In late 2018, Daniel Therrien, Canada’s federal privacy commissioner — a job that spans larger issues of digital privacy, among other topics — warned consumers in the country to use cash, not cards, to buy their recreational pot. “Cannabis is illegal in most jurisdictions outside of Canada. The personal information of cannabis users is therefore very sensitive,” Therrien wrote. “Some countries may deny entry to individuals if they know they have purchased cannabis, even lawfully.”

Oddly enough, that may be hard for some cannabis buyers, as a recent report noted.

“If you live in Ontario, the only means of buying legal weed is through the Ontario Cannabis Store — an online sales platform that only accepts credit card payments,” according to Civilized.  “The personal information of 4,500 OCS customers had already been breached, though there hasn’t appeared to be anyone blocked from travel because of this.”

In the U.S., meanwhile, the situation is different – though with roughly similar results of making financial institutions and card networks reluctant to serve the industry.

U.S. federal law still classifies marijuana as an illegal substance, producing a conflict with states that have legalized pot in various ways. But some financial institutions, backed by certain law enforcement officials and lawmakers, are pushing a Congressional bill that would allow “safe harbor” to banks and credit unions that serve the legal cannabis industry (including vendors that serve legal cannabis operations).

It appears likely that when it comes to cannabis, financial institutions and payment services, progress in Canada will stay a step ahead of what happens in the U.S. But that doesn’t mean things will develop quickly in Canada. Even in the early 21st-century digital era, it can take a long time for the realities of payment and commerce to catch up with social change.