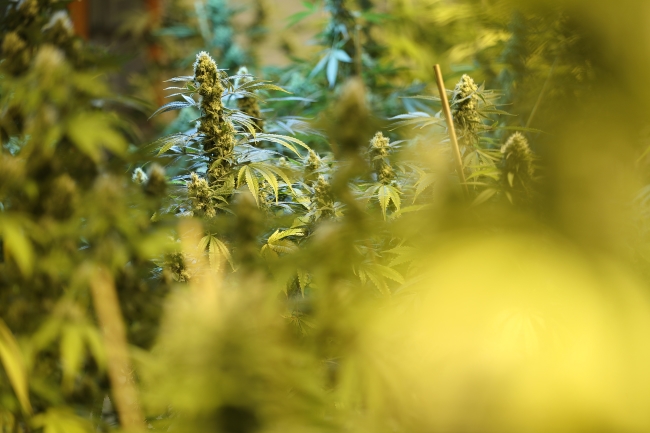 Golden Leaf Holdings Ltd. is taking the first step to becoming the Starbucks or McDonald’s of weed, even though marijuana remains illegal across much of the U.S.

The cannabis company has opened a chain of marijuana stores in Oregon called Chalice Farms. And now venture firm BlackShire Capital has signed a letter of intent to franchise the model, setting the stage for stores across North America.

Startups in the fledgling — but fast-growing — industry are vying to create the first household name associated with marijuana. With investment bank Cowen & Co. seeing legal marijuana sales reaching $50 billion by 2026 from just $6 billion in 2016, investors have flooded the space in the hopes of riding the so-called Green Rush to riches.

“Like Starbucks is to coffee, we believe Chalice will be to cannabis,” said William Simpson, Golden Leaf’s chief executive officer.

While analysts agree the industry is full of untapped potential, the patchwork of state laws has prevented companies from expanding aggressively: Nine states and Washington, D.C., allow recreational use, and 20 states allow medical use.

The Chalice Farms dispensaries in Oregon were designed to create a warm, welcoming environment that would introduce new consumers to cannabis and dispel preconceived notions, Simpson said.

The public’s response has been favorable, Simpson said, with the most successful store averaging $400,000 a month in gross sales through the third quarter of 2017. The slowest location averaged about $100,000. The company said these figures would be higher in areas with a less-developed cannabis retail presence.

The franchise model, meanwhile, follows the same playbook as restaurant chains and coffee shops. But with marijuana prohibited from crossing state lines, every Chalice Farms won’t be able to offer the exact same products. Toronto-based Golden Leaf will attempt to work around this issue by manufacturing its own products locally, or developing a list of approved manufacturers and products in each state or region as necessary, Simpson said.

Entrepreneurs looking to become franchisees will have to pay a one-time $50,000 fee and 5 percent royalty fee.

BlackShire CEO Kevin Reed said the idea is to launch 35 to 45 stores in the next two years — first in Canada before moving to the U.S. The venture firm and Golden Leaf are in talks to create a management company for the franchises, which would be jointly owned.

“We believe that we’re going to build something that will be around forever,” Simpson said. “It’ll be part of the household names when people think of cannabis in 20 years.”