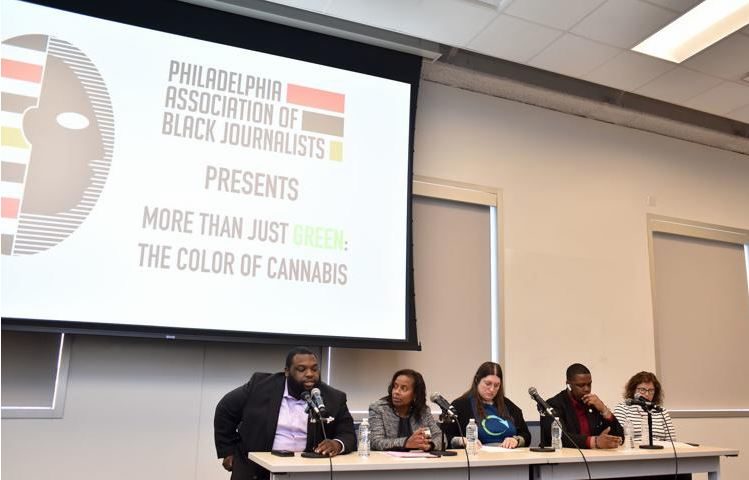 Medical professionals, researchers, distributors and scientists participated in a series of panels during the day-long ‘More than Just Green: The Color of Cannabis Conference’ hosted by the Philadelphia Association of Black Journalists (PABJ) on Saturday at the Science Center in West Philadelphia.

“This is the PABJ’s way of starting and elevating the conversation around medical cannabis use,” said Manuel McDonnell Smith, PABJ president and assignment editor at NBC10.

“Our board members noticed very early on that on multiple levels, the African-American community was being left behind when it came to medical cannabis. There is a legitimate medical uses that people have, there are plenty of seniors who find real benefits from cannabis related medicines as opposed to opioids and other medicines that have them being sick or feeling unhealthy,” he said.