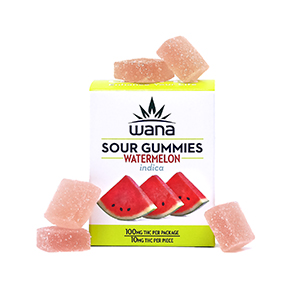 Michigan lawmakers may require warning labels for minors and pregnant or breastfeeding women on all cannabis products in a move that reflects the industry’s broader growing pains as it matures.

House Bill 4126 requires the warning labels on adult-use cannabis products sold in Michigan, while House Bill 4127 requires them on medical products. Both pieces of legislation were introduced in February by Reps. Thomas Albert and Daire Rendon, and were approved by the House Judiciary Committee 11-2 on Aug. 27.

The bills would require medical and adult-use cannabis businesses to include a warning label on their products that reads: “Warning: Use by pregnant or breastfeeding women, or by women planning to become pregnant, may result in fetal injury, preterm birth, low birth weight, or developmental problems for the child.”

The legislation would also require the businesses to provide customers a pamphlet about cannabis use by minors. The language in the pamphlet would be determined by the Michigan Marijuana Regulatory agency, although it must contain information about the Poison Control hotline. The document is required to be a minimum size of 3.5 inches by 5 inches.

The legislation’s passage from committee coincides with U.S. Surgeon General Jerome Adams’ advisory that no amount of cannabis is safe for teens, young adults and pregnant women.

Surveys show that an increasing number of minors and pregnant women are using cannabis, according to an NPR report, but Adams has publicly cautioned that increased use in these populations could cause adverse effects.

Albert said his legislation is in response to concerns raised by a Saginaw-area doctor who said he was seeing an increase in cannabis use in pregnant and breastfeeding women, according to The Detroit News.

However, with federal prohibition standing in the way of cannabis research, the science to support these potential long-term effects on children may be lacking, according to Matthew Abel, attorney for Michigan-based Cannabis Counsel P.L.C., executive director for Michigan NORML and a member of the Board of Directors for MI Legalize.

“I think this is perhaps just reactionary,” he told Cannabis Business Times. “I’m not certain if there’s any science behind this. … I think that this may just be a tempest in a teapot, that maybe it’ll make their right-wing constituents feel a little better. … I don’t necessarily automatically think it’s evil, but it would be nice if they would supply the basis for this rather than just say we need it.”

The Marijuana Regulatory Agency already requires labeling on cannabis products that includes batch numbers, testing results and cannabinoid content, as well as information about the Poison Control hotline, warnings to keep the products out of reach of children and a warning that it is illegal to drive under the influence of cannabis.

While each warning has its merits, Abel said that sometimes less is more. “Part of the problem is, the more warning labels you put on things, the more nobody reads any of them,” he said.

Wana Brands’ packaging for its Sour Gummies in Michigan

Patrick Reilly, compliance coordinator for Wana Brands, a manufacturer that distributes products in multiple states, including Michigan, echoes this sentiment, and hopes that pregnant and breastfeeding women would consult their doctors before using cannabis, rather than rely on warning labels to make their decision.

“I’m not sure if your average consumer is deciding to not buy a product because of those warnings,” Reilly told Cannabis Business Times. “We would hope that somebody who is breastfeeding or pregnant would consult with their doctor on this type of thing and not just rely on a warning statement, but the amount of language can be detrimental because if there’s too much language, it kind of gets lost in the amount of text there is. People see a giant block of text and they don’t typically read it. When the warning labels are short and concise and to the point, they’re much more effective.”

Additional warning labels can also become problematic for businesses’ packaging and branding designs, Abel added. “What I’ve noticed is people really go to a crazy extent to design packaging, and then, because of the state requirements, they have these big, ugly labels that go over their very carefully designed packaging.”

And with each additional labeling requirement comes additional operating costs for businesses, he said.

Wana Brands is no stranger to dealing with these compliance challenges as rules change. The key, Reilly said, is having a solid, but flexible, branding strategy that can adjust to new regulations.

“It’s really challenging at times,” he said. “Depending on the state, there could be quite a lot of language or very little. We’re very familiar with how to brand our products effectively if there is a lot of language. … Our label out here in Colorado used to have quite a lot of language when we first started in this industry, and we still had a very beautiful package. … When new language comes out, we like to get started on new designs and make sure we have the space we adequately need so that any partners we have can properly label the product to be in full compliance with all of those rules.”

Wana Brands has different packaging and branding designs for each jurisdiction in which it operates, he said, which can sometimes get complicated. The company maintains a strong team that includes licensing coordinators who work with Wana Brands’ partners to track regulatory changes and implement them within its marketing and design teams.

The company watches legislation like the bills in Michigan very closely, Reilly added, because, depending on when new rules go into effect, Wana Brands and other businesses may not have a lot of turnaround time to make the necessary changes to their packaging.

Wana Brands has licensed its intellectual property to partners that manufacture its products in Colorado, Arizona, Illinois, Michigan, Oregon and Ohio, and Reilly said the company has gone through its fair share of new regulations as new states come online and undergo growing pains.

“Often, we’ll see regulations drafted in other jurisdictions that mirror the guidance we’ve seen in Colorado, which was one of the very first states to implement medical and recreational marijuana,” he said. “A lot of this stuff looks the same to us and we’ve seen it before, and it’s not really new to us.”

The new warning labels being considered in Michigan are no exception, he added. “Here in Colorado, it says something along the lines of women who are or who may become pregnant or who may be breastfeeding will be warned that there may be adverse health effects related to that, and that’s a standard warning that I’ve seen in almost every jurisdiction that I’ve worked in.”