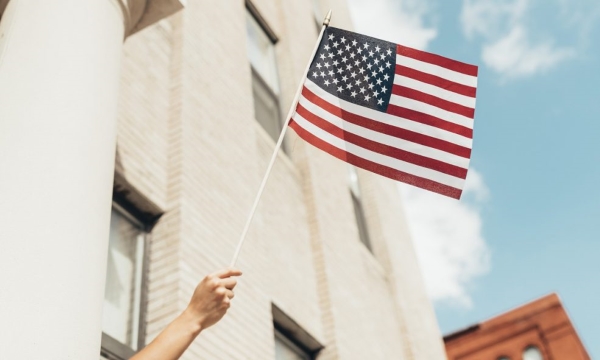 Almost all Americans are in favor of medical marijuana.

The cover of Newsweek touts the title, “Higher Office: How Republicans Learned to Love Weed.” It goes into those moved by compassion after hearing harrowing tales from their constituents, how popular opinion has swayed in both parties —  especially the red — and how if the conservative faction wants to keep up with the times, they have to change with the times.

It’s true, almost all Americans are in favor of medical marijuana and over 60 percent are in favor of legalizing cannabis outright. That’s an enormous voting block that is ready for even more change.

Since 2012, states have legalized cannabis in one form or another so that we now have 30 states plus the District of Columbia in a shade of green. We couldn’t have gotten so far without at least some Republican support.

Even former house speaker John Boehner, who was once “unalterably opposed” to cannabis and its reform, is now part of a cannabis company, Acreage Holdings. He told Newsweek that, “I kind of feel like I’m just like most of America, who found myself adamantly opposed years ago and over the years have begun to change my outlook,” and that, “It’s the right thing to do.”

One Republican, who would likely ice skate in hell before admitting that cannabis had any good use, is Jeff “good people don’t smoke marijuana” Sessions. Even as Donald Trump has shown signs of support for the plant, Sessions is out there in the ocean of unpopularity, treading water and mumbling about the devil’s lettuce.

Being a billionaire and being Republican often go hand in hand, though, of course not always. Still, think of the amount of rich investors and CEOs who are joining the Green Rush. The fact of the matter is that while cannabis may have once been a partisan issue, it no longer is. The movement has champions on both sides of the isle, and that’s a very good thing.

In order to reap the benefits of the growing support of cannabis, we must continue to be an all inclusive movement and an informational one even more than it already is. The stories of children ceasing severe seizure disorders and of cancer patients being able to eat and be comfortable again are more than tales, they’re the proofs in the pudding and they make a real impact. Cannabis should be re or descheduled at the federal level and all Americans – and citizens of the world – should have safe access.