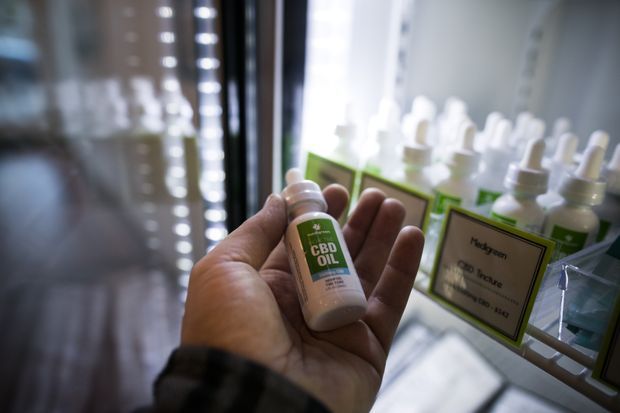 The man behind the counter of a vape shop in Vancouver’s popular Granville Strip entertainment district answered a confident “Yes,” when asked if the bottle of CBD liquid was legal.

In nearby New Westminster, Lia Hood said she was surprised when The Globe and Mail notified her that her Good Omen gift shop was likely falling afoul of federal drug laws for selling a locally manufactured line of teas infused with CBD, a chemical found in cannabis.

The operators of a high-end hipster barbershop in Toronto’s Leslieville neighbourhood were equally unaware that the standalone kiosks offering “soothing serum” and “intensive cream” were made with illegal CBD, popular shorthand for the compound cannabidiol.

And up until last fall, cat and dog owners worried about their anxious pets could walk into the downtown Toronto Pet Valu franchise and find remedies such as homeopathic drops, calming compression bibs and a hemp-based tincture loaded with the cannabis compound.

CBD, which can be derived from hemp or marijuana, has been popping up over the past few years in everything from mineral water to vape pen cartridges amid intense hype – and some emerging scientific evidence – that it is a wonder drug able to help combat a range of ailments from joint pain, insomnia and seizures to anxiety.

There’s one problem: CBD is strictly regulated, just like cannabis. Only licensed producers may make it, and only registered retailers may sell the products. The legalization of marijuana on Oct. 17 did not change anything.

However, many consumers and even merchants believe it is legal because, as proponents of CBD point out, it does not cause intoxication, unlike the other well-known compound in cannabis, tetrahydrocannabinol (THC).