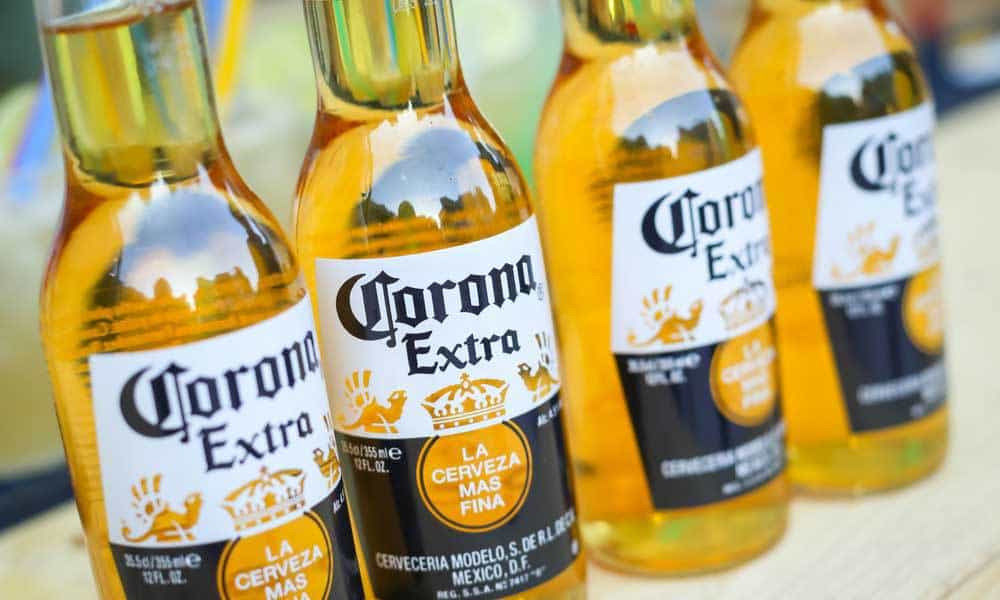 Constellation brands, which brews Corona beer, made headlines today, as it becomes the first major wine, beer and spirits company to get in on the Green Rush.

Talk about getting ‘twisted.’

For the first time ever, a major player in the wine, beer and spirits industry is set to link up with the rapidly expanding cannabis market, as the company that brews the popular Mexican brand beer Corona has just claimed its own stake in the marijuana green rush.

The chunk of change is good for a 10 percent stake in the marijuana corporation, but the deal comes with an option for Constellation to purchase an additional ownership interest in Canopy in the future.

Since the acquisition, Constellation shares increased almost one percent during premarket trading.

The move is viewed as a risk by some, considering cannabis is still illegal on a federal scale. Constellation remains the only alcohol-business to take said risk, but chief executive Rob Sands told the Wall Street Journal that it’s a calculated move and believes he now has a leg up on his competition.

Sands also added that he thinks it’s only a matter of time before cannabis is legalized on a federal level.

”We think that it’s highly likely, given what’s happened at the state level,” Sands said.

While just eight states (Alaska, California, Colorado, Maine, Massachusetts, Nevada, Oregon, Washington) and the District of Columbia have legalized recreational cannabis, there are 22 other states that have legalized medical marijuana, and that number is expected to grow. Canopy Growth happens to be the biggest licensed producer of medical marijuana in Canada, with a valuation of C$2.2 billion.

Canada is also set to legalize recreational cannabis by July 18, which bodes well for the Canada-based company. Edibles and cannabis-infused beverages are projected to be legalized the following year, which would seemingly set up a large payout for Constellation.

Despite cannabis’ increasing legality in the United States, Constellation says it doesn’t anticipate selling its products in the U.S. until the plant is legalized on both a state and federal level.

Regardless of U.S. policy, there is still significant profitability to be had in Canada alone.

Many pre-existing drug companies currently utilize the plant in their medications, and a Canadian index of marijuana stocks, calculated by research house Canaccord Genuity, indicates cannabis stocks have risen as much as 36 percent over the past month.

According to analysts, a short-term option for Constellation could be developing non-alcoholic, cannabis-infused beverages to be sold only in Canada upon legalization. It has been estimated that this untapped market alone could be worth around $5- $10 billion.

Eight Capital analyst Daniel Pearlstein believes the investment will have a significant impact on a variety of industries, including alcohol, tobacco and pharmaceutical companies.

“This move is a complete game changer, not only for Canopy but also for the entire industry,” Pearlstein said.