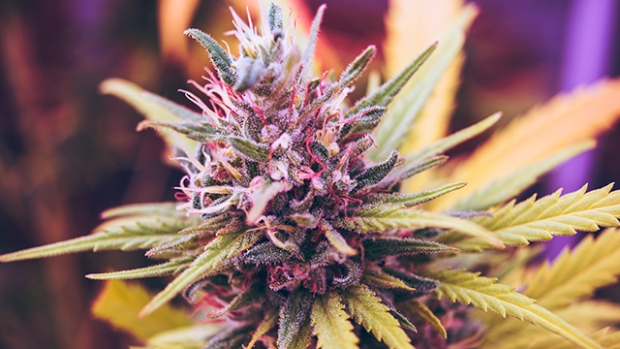 With a fully mature cannabis regime that includes both recreational and medical marijuana at home, Canadian investment firms are looking south for greener pastures in the United States. Their analysis is that most Canadian cannabis companies are fully valued, and while there may still be money to be made by backing the winners, the real opportunity is south of the 49th parallel.

The experience of having spent years building the Canadian financing cannabis landscape gives homegrown investment firms an edge in picking likely winners south of the line. With the U.S. cannabis market worth an estimated US$6.75 billion to US$10 billion, the potential rewards are enormous. California, Nevada, Maine, Massachusetts, Washington, Colorado, Oregon, Alaska, Vermont, and the District of Columbia have all legalized recreational marijuana, and other states are poised to follow suit. In all, 30 states and the District of Columbia have legalized either medical or recreational use or both.

Little wonder that a cross-border buying binge has begun with Canadians acquiring dozens of U.S. cannabis companies. According to data from New York-based Viridian Capital Advisors, at least 40 U.S. cannabis firms have been acquired by Canadian companies during the first three quarters of this year — over double the number during the same period last year.

“They call it the Green Rush and it’s not without good reason. This is a generational opportunity to say the least.”
— Terry Taouss, President, Tidal Royalty Corp.

Tidal Royalty Corp. (CSE: RLTY) was built specifically to get in on the “Green Rush” into the U.S. cannabis market. A leading provider of royalty financing to the legal cannabis industry, the company’s team has built, led, and advised some of the best-known cannabis businesses in Canada.

CEO and Chairman, Paul Rosen, was a Co-Founder of PharmaCan Capital, now operating as the Cronos Group, the first cannabis stock to be listed on the NASDAQ exchange. President Terry Taouss has an extensive legal background and was part of the founding management team at SiteScout, a successful advertising technology company.

“Tidal Royalty was created as a vehicle for investors to get access to the U.S. market,” says Taouss.

“There have been incredible investment opportunities in the Canadian cannabis market over the past 5 years, but those are now becoming harder to find. We think the U.S. will develop along similar lines — but in a market 10 times the size — and we are looking to place our bets early. The U.S. is our sole focus right now.”

Taouss says the U.S. market is in a place where the Canadian market was about five years ago. Bringing Canadian experience to bear has helped the company build a financing model to assist U.S. cannabis firms to get the capital they need to expand. Tidal Royalty uses a financing model adapted from the mining industry. In return for capital, cannabis companies give a percentage of future revenues to the financing company.

“It’s a suitable structure because like mining, cannabis has a lot of upfront costs,” says Taouss.

“The royalty model is the go-to model for financing mining businesses in Canada, so we just took that model and modified it for the cannabis industry.”

Cutting your corporate teeth in Canada helps, but the complex U.S. market poses unique challenges. Each state has its own set of rules. Taouss describes it as “dealing with 50 different markets.” Add to that the fact that the U.S. federal government still treats cannabis as illegal pursuant to the Controlled Substances Act. That means investment firms and investors alike have to do extra due diligence, especially around the myriad of regulations.

The Tidal Royalty team has done that research and is now working with a growing portfolio of U.S. cannabis companies to help them expand their operations. One of the biggest challenges those companies face is a lack of investment capital. Because cannabis still federally illegal, many institutional investors that would normally be financing the industry are sitting on the sidelines.

That opens the door to a company like Tidal Royalty to finance firms they’ve identified as well-established and poised not just to expand into multiple states, but to be players in the global cannabis market.

“We’re not an early stage investor. We don’t finance ideas. We work with companies that are already established and we provide them with the capital that they need to really expand their business and take it to the next level,” says Taouss.

U.S. Cannabis Companies Get Value Chain as Well as Capital

In addition to providing companies with much-needed capital, Tidal Royalty provides an extensive value chain to the firms they invest in. They help companies network, identify opportunities for acquisitions, and expand partnerships. From Taouss’s perspective, this kind of business development is good for both Tidal Royalty and the companies it has financed.

“We take a portfolio approach to our financings. Because we diversify across operators, states, and industry verticals, we can create opportunities that help both our portfolio companies and Tidal Royalty,” he says.

“We’re constantly thinking about ways that we can help them to grow, because at the end of the day, their success means our success. If they are able to generate additional revenue — the royalties are attached, so it’s definitely in our interest to see them grow their revenue and become successful.”

Getting in on the “Green Rush”

There are risks associated with the U.S. market, not the least of which is that regulated and comprehensive Canadian market to the north. Factor in the U.S. federal government’s position on cannabis and you have uncertainty that may cause some investors to think twice.

But Taouss says the smart money is on the U.S. cannabis market becoming a fully transparent, fully regulated, and legal industry in the near future. That is what makes navigating the complexities of the U.S. cannabis landscape worthwhile.

“They call it the Green Rush and it’s not without good reason. This is a generational opportunity to say the least,” he says.