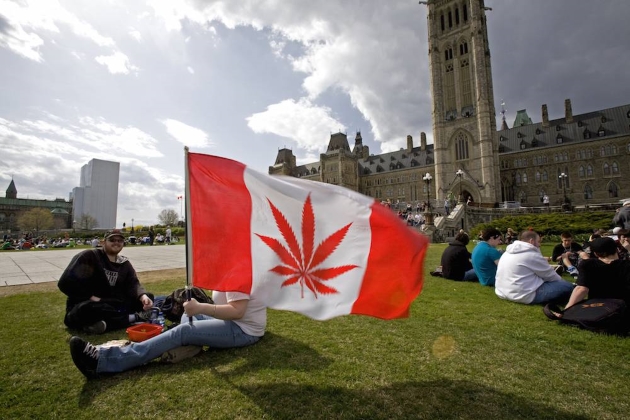 Officials are hoping that dealers on the illegal market will be priced out.

Last week Canada became only the second country in the world to legalize recreational marijuana, but the black market for pot is continuing to thrive as customers seek out products that they can’t buy legally, including edibles, and sellers push back on government intervention in their industry.

“We’ll keep selling what we are selling,” Don Briere, the owner of an illegal Vancouver pot shop, told The New York Times. Briere sells edibles and other products that are currently illegal under the national law, which only allows for the sale of fresh or dried cannabis, seeds, plants and oil.

One of the aims of legalization was to close the illegal shops that are common in cities like Vancouver.

However, Briere and other industry insiders object on principle. “The government taking over the cannabis trade is like asking a farmer to build airplanes,” he said. He’s not alone. In Vancouver, hundreds of illegal shops remain open.

At a lower level, street dealers try to entice customers by offering services like delivery and selling joints at a two-for-one price. Some customers who were frustrated that legal stores ran out of product went back to their illicit contacts.

“Definitely going to use my dealer from now on his business is going way up because of your crappy service,” one frustrated customer wrote on Twitter.

Despite the disregard for the law, Canadian law enforcement isn’t likely to step up consequences for people who are selling illegally. They have their hands full dealing with more pressing issues, including fentanyl overdoses, said Chief Constable Del Manak, police chief of Victoria and president of the British Columbia Association of Chiefs of Police.

However, this doesn’t mean that authorities are oblivious to the fact that the illegal market still exists. “It is naïve to think that just because cannabis is legalized, the criminal will walk away from a highly lucrative industry,” said Del Manak.

Mike Farnworth, British Columbia’s minister of public safety, said that the government is hoping that over time the legal market will undermine the demand for illegal sales. “It’s a very Canadian way of doing things,” he said. “It won’t happen overnight.”

Farnworth added that there won’t be any police raids with “guns and head-bashing.”

However, in Toronto, police raided five illegal pot shops after the legalization law was passed. Others have voluntarily closed, showing that the government’s approach might be working. Even Briere has shuttered some of his stores across the country and is applying for licenses for the remaining stores.

Officials are also hoping that dealers on the illegal market will be priced out. Today, marijuana on the street costs about one-third of what it did five years ago, making it less lucrative for dealers.