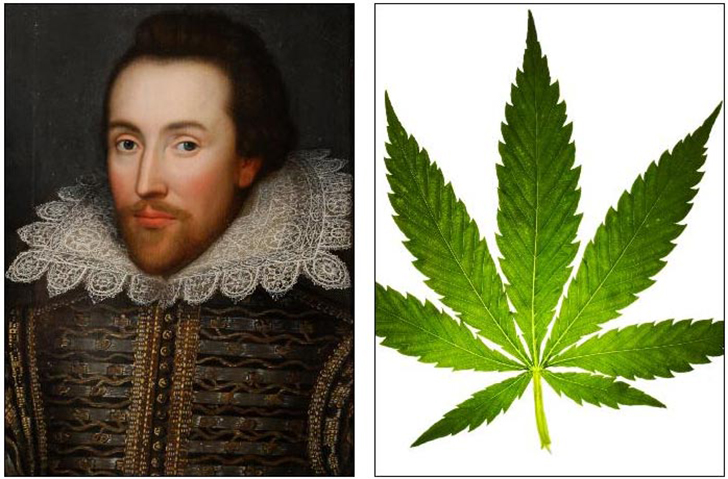 If you’ve ever read Act 3, Scene 1 of “A Midsummer Night’s Dream,” you may have asked yourself, “Was this guy high?” Good news—you’re not *completely* alone. Some historians have had the same thought.

The idea that William Shakespeare may have taken a few hits while writing his 38 plays and 154 sonnets has circulated for some time now. It comes from a study published in 2001, in which South African anthropologist Francis Thackeray and his team used technology from a narcotics crime lab on some tobacco pipes found in and around the bard’s backyard at Stratford-upon-Avon. Of the 24 pipe fragments examined, eight tested positive for 17th century cannabis residue