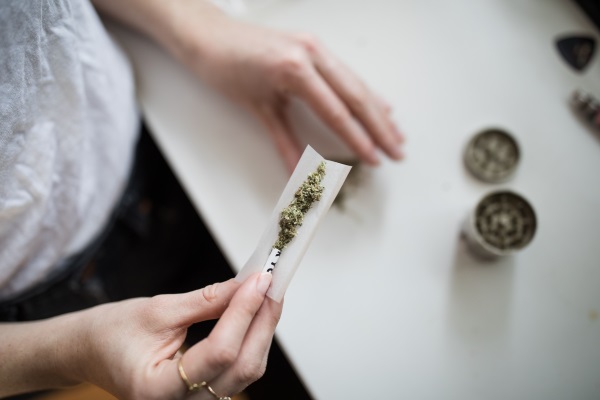 Subscribe to receive Marijuana Moment’s newsletter in your inbox every weekday morning. It’s the best way to make sure you know which cannabis stories are shaping the day.

This issue of Marijuana Moment, and our original reporting that is featured in it, is made possible by the generous support of our Patreon sponsors…

Cannabis industry professionals receive valuable rewards for pledges of $25 and up.

Check out the perks of being a sponsor on our Patreon page.
http://patreon.com/marijuanamoment

The U.S. Food and Drug Administration rejected a prohibitionist group’s petition to add marijuana to a list of drugs that are not “generally recognized as safe and effective.” The agency said that the move is “not necessary for the protection of public health.”

On a lighter note, Marijuana Moment takes a look at some of the bizarre drug-related place names that are officially recognized by the federal government. Among others, we found Alcohol and Drug Abuse Lake, Bong Bridge, Drug Island and Reefer Creek. There’s also a dried-up reservoir called Marijuana Tank.

Reason spoke to some of the would-be licensed cannabis growers whose research applications have been held up by the U.S. Department of Justice.

The U.S. National Institute of Standards and Technology is teaming up with the Drug Enforcement Administration and German police to launch a website where forensic chemists can share data on new synthetic drug variants.

A federal judge in Brooklyn said he will stop reincarcerating people who are on supervised release just for using marijuana.

The chief judge of the U.S. Bankruptcy Court will speak on a marijuana panel at the American Bankruptcy Institute’s conference in November.

Congresswoman Vicky Hartzler (R-MO) tweeted, “People who are addicted to marijuana are 3 times more likely to become addicted to heroin.”

Here’s a look at where Wisconsin Democratic gubernatorial candidates stand on legalizing marijuana and other criminal justice issues.

The UK government granted an emergency license to use medical cannabis to a 12-year-old boy with epilepsy. Meanwhile, the House of Commons could debate a medical marijuana billon Friday.

Learn about the Veterans Cannabis Coalition’s efforts to move marijuana legislation on Capitol Hill in this powerful post about fighting “the good war” after returning home from battle. (Sponsored)

A study found that state medical cannabis laws “in general have a null effect on cannabis-positive driving, as do state laws with specific supply provisions including home cultivation and unlicensed or quasi-legal dispensaries” but that only “in jurisdictions with state-licensed medical marijuana dispensaries did the odds of marijuana-involved driving increase significantly.”

Slow federal approvals are delaying the start of Utah state-funded research on the effect of medical cannabis on pain.

Marijuana delivery service Eaze filed a motion to compel arbitration in a lawsuit filed by a woman who alleges the company improperly sent her text messages.

Netflix’s marijuana-themed “Cooking on High” is getting bad reviews.

Make sure to subscribe to get Marijuana Moment’s daily dispatch in your inbox.