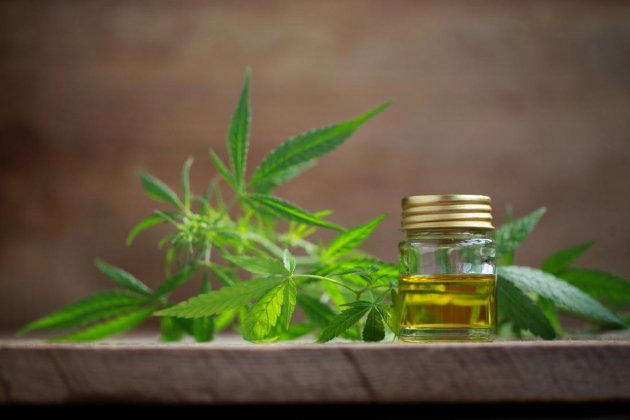 Beckley Canopy Therapeutics, based in Oxford, England has raised ₤7.4 million for the purposes of cannabinoid research and drug development. The new company is a unique partnership established between Canopy Growth Corporation and the Beckley Foundation, a research institute which examines the utilization of psychotropic drugs for the treatment of physical and mental conditions.

Studies focusing on the use of cannabinoids for the treatment of opioid addiction and cancer pain will be conducted in Europe, the UK and the US.

Why Is This Significant?

Here is the first reason: the woman behind it all. Her name is Lady Amanda Feilding, Countess of Wemyss and March. Born into a landed gentry family at Beckley Park (a Tudor hunting lodge with three towers and three moats) she also has a long history of engaging and supporting scientific endeavours that use stigmatized drugs in the treatment of both intractable disease and mental illness via the use of scientific research.

In 1998, Amanda Feilding set up the Beckley Foundation, a charitable trust which initiates, directs and supports neuroscientific and clinical research into the effects of psychoactive substances. She has also co-authored over 50 scientific papers in peer-reviewed journals.

The so-called “hidden hand” behind the rebirth of psychedelic science, Fielding’s contribution to global drug policy reform has been widely acknowledged in international drug policy circles. She was named as one of the bravest men and women in the history of science in 2010 by the British Guardian.

And here is the second reason: The foundation is now partnered with Canopy Cannabis, one of the leading cannabis firms in the world, which is also working closely with Spanish opioid manufacturer Alcaliber.

In other words, this coalition is almost the mirror opposite of the approach taken by the American Sackler family, makers of Oxycontin, who have fought cannabinoids as an alternative or even transition drug in multiple state legalization campaigns. Meanwhile the death rates from overdoses have quadrupled since 1999. In 2016, opioid-related drug overdoses killed about 116 people a day (or about 42,249 for the year). It is estimated that about 11 million people in the U.S. are currently misusing or dependent on opioids.

Beyond The Politics of The Opioid-Cannabinoid War

While opioids clearly have a role particularly in chronic pain treatment, the question now at the global scientific table is this: Are cannabinoids a substitute for longer term chronic pain management? It is a fiercely battled scientific debate that has frequently, particularly in the U.S., crossed over into political drug reform questions.

The unique partnership of Beckley and Canopy is well placed both scientifically and culturally to take on a discussion which has languished for too long in the grass of political debate and reform.

Do not expect, in other words, the same trials and tribulations that faced noted U.S.-based researcher Sue Sisley, to slow down research, trials or findings.

Why Is A Cultural and Scientific Reset Required?

For the past forty years, since the end of the 1970s, cannabis in particular, has been pushed into a strange scientific territory in part, because of the culture surrounding the drug. This in turn, along with the schedule I classification of cannabis, has led to not only a dearth of research, but a reluctance on the part of prescribing doctors to examine its efficacy.

In the present, this means that doctors are still (beyond insurers who demand medical evidence before approving payment) the biggest hurdles in every medical system where cannabis is becoming legal. See the debate in Canada, the UK and of course, Germany, where patients frequently report asking for a drug their doctors refuse to prescribe.

This is exactly the kind of high-placed, societally influential effort in other words, that might finally break the medical taboo at the most important remaining logjam– at the point of prescription and approval for patients.