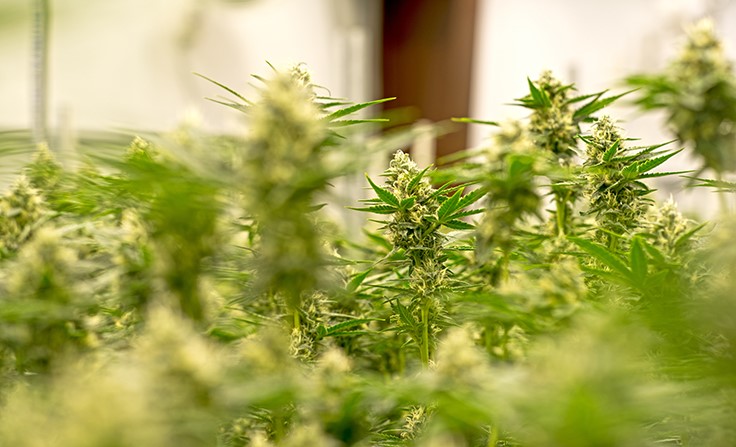 This was a curious statement coming from someone who, during the same session, continued to reference research data on synthetic cannabinoids and isolated compounds as a reliable predictor of full-spectrum product effects on brain development.

“I’ll be the first to admit we need to know more,” Adams said as he quoted his recent advisory nearly verbatim. “But I want you to hear this: We know enough now to deliver sound guidance to protect the future of our nation’s youth.”

The hearing, convened by the Senate Caucus on International Narcotics Control, was led by Senators John Cornyn (R-TX) and Dianne Feinstein (D-CA) and included testimony from the director of the National Institute on Drug Abuse, Dr. Nora Volkow, as well as a panel of renowned university researchers.

While Feinstein acknowledged the complexity of the plant in her opening remarks and noted that she has personally witnessed the medical benefits of cannabis in the lives of family members, the underlying tone of the conversation remained one of consequence, not benefit.

Senator Cornyn went so far as to compare the implications of cannabis advocacy to the mid-century health claims of tobacco both during the hearing and in a Senate floor speech on Tuesday preceding the caucus session:

“There’s no shortage of people who claim that marijuana has endless health benefits and can help patients struggling from everything from epilepsy to anxiety to cancer treatments,” he said. “This reminds me of some of the advertising we saw from the tobacco industry years ago where they actually claimed public health benefits from smoking tobacco, which we know as a matter of fact were false and that tobacco contains nicotine, an addictive drug, and is implicated with cancers of different kinds.”

Regardless of the prohibitory emphasis on negative outcomes throughout the committee hearing, the consensus was one of hope: that the Schedule-I status of cannabis must be lifted if we are to more fully understand how purchasable products and realistic dosing affect consumer health outcomes.

This message comes on top of recent legislation introduced by Senator Feinstein to expand cannabis research as well as an increase in funding from the National Institute of Health for nine new studies on minor cannabinoids and terpenes.

The irony, of course, is that legislators are demanding more research be completed before policy changes can be made while, at the same time, limiting that needed research through the continuation of Schedule 1 status.

“Policymakers [need] to understand the public safety implications of increased marijuana use before we dive in to the admittedly complex and difficult job of changing federal policy,” Sen. Cornyn said, adding, “It seems like we’re putting the cart ahead of the horse.”

The most persuasive and thoughtful testimony came from Dr. Staci Gruber, director of the Cognitive and Clinical Neuroimaging Core at McLean Hospital’s Brain Imaging Center and an associate professor of psychiatry at Harvard Medical School. Dr. Gruber’s testimony pushed back at the idea that this conversation is solely one of THC intoxication and harm reduction for chronic, heavy users. She made the point that not all cannabis use looks the same and reminded the caucus of the plant’s incredible complexity and therapeutic potential that goes far beyond the scope of a THC vs. CBD discussion.

“When it comes to marijuana, one size does not fit all. We have a single term: marijuana, and we often hear it used to refer to anything like the whole plant or individual compounds from the plant, intoxicating or not.” Dr. Gruber went on to say, “The plant is incredibly complex. Other compounds may yield therapeutic potential but we don’t have much in the way of long term studies and, unfortunately, it’s very difficult to study these compounds using clinical trial models, sort of the gold standard for deriving empirical sound data, given our current restrictions.”

When asked by Sen. Cornyn whether Congress could set forth legislation that classifies THC independently of other non-intoxicating cannabinoids and compounds, Dr. Gruber was quick to point out that the 2018 Farm Bill which asserts hemp production (cannabis containing 0.3% THC or less by law) already makes allowances for this. She also emphasized that, in addition to the recreational market’s interest in THC potency, many medical patients also seek out THC-rich products for relief.

“Why hurt one because of another?” Gruber asked, “Regardless of how you feel about marijuana, science, and not emotion or rhetoric, must be our guide. We have a responsibility to provide the best and most accurate data to medical marijuana patients, our recreational consumers, our healthcare providers and the general public so they can make the best and most informed decisions about marijuana use.”

Whether looking at rescheduling through a lens of consequence or benefit, the takeaway from the committee hearing was clear: legalization has outpaced science and legislators must work toward dropping the Schedule 1 status of cannabis in order to ensure access to good data for consumers and healthcare professionals alike. Basing policy on incomplete research does everyone a disservice and promotes the continuation of alarmist rhetoric stemming from an outdated and misinformed mindset.

The committee hearing on Marijuana and America’s Health: Questions and Issues for Policy Makers can be found in its entirety here.