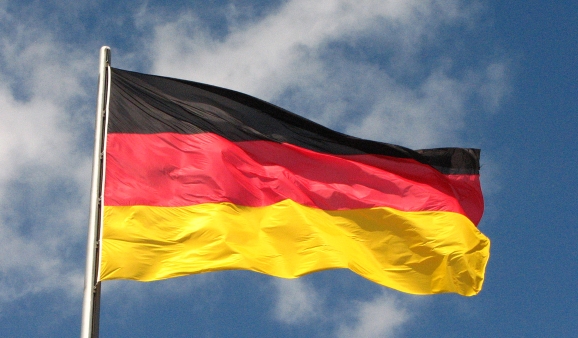 In shocking news out of Deutschland, BfArM, the federal agency responsible for the management of the first tender cultivation bid, has issued a notice that it is ditching the first tender bid and will start from scratch.

According to Kermit the Frog, it’s never easy being green. It is also tough to be “first” in the cannabis biz. Anywhere.

One of the most remarkable features of the first years of state-level legalization in the U.S. was the sheer number of mistakes by the authorities in issuing licenses and bids for state-sanctioned cultivation and dispensation once the voters had forced legalization. There were several state-level “redos” and lots of legal mumbo jumbo thrown around as the green-rush kicked off at the state level.

Fast-forward a couple of years and it is clear this is not just an issue of the confused state of legalization in the U.S.

Canada too, on a federal recreational level, has moved forward in fits and starts. And even though a fall start date to the market has now been enshrined into law, the continued moving target of the same has been a topic of fraught conversations and bargaining ever since the country decided to move ahead with full Monty recreational.

Across the pond, things are not going smoothly on the cannabis front. In the first week of July, the much stalled medical cultivation bid in Germany finally came to a limpid end. It remains to see if there will be any legal “bangs” as it whimpers away.

The real news? There is going to be a completely new one.

According to documents obtained by Cannabis Industry Journal, the Bundesinstitut für Arzneimittel und Medizinprodukte (or BfArM) issued letters to original bid respondents in the first week of July. The letters appear to have been sent to all parties who originally applied to the first bid – far from the final top runners.

The translation, from German reads:

“We hereby inform you that we have withdrawn the above-mentioned award procedure…and intend to initiate a new award in a timely manner.”

The letter cited the legal decision of March 28 this year by the Düsseldorf Higher Regional Court as the reason the agency cannot award the contract. Specifically, because of “necessary changes to the tender documents…inparticular with regard to time, we have decided to cancel the procedure altogether and initiate a new award procedure.”

Per the letter, the new procedure will be published in the Official Journal of the EU. No date was mentioned.

An Expensive Surprise and a Global Response

Conventional wisdom in the industry about the fate of the first bid has been mixed since last September when the first hint of lawsuits against the procedure began to circulate. Highly placed sources within the industry have long had their doubts about the bid’s survivability, although nobody will talk on the record. The bid process is supposed to be secret.

Furthermore, for the last 9 months, BfArM has maintained that the agency would go full-steam ahead with the original tender. None of the major firms contacted by CIJ about this notification would confirm that they had received a similar letter, nor would they comment.

However, it is clear that another bid will be issued. Further, this time, it is also obvious to the extent that it was not before, the applicants will indeed hail from all points of the globe. On top of that, those who are qualified to respond and who missed it last time are unlikely to sit the bid out this time around.

It remains unclear of course, what the response of the finalists to the first bid will be. Including, theoretically,legal action forpotential damages. BfArM was, technically, held at fault by the court. This means that all the companies who made it to the previous “final round” have now suffered at a minimum, an expensive time delay where other outlays of cash were also required. That includes the leasing and retrofitting of high security real estate, but of course,is not limited to the same. If any of these firms do not obtain the bid in the second go around, will they sue?

At press time, there were no cannabis industry companies willing to comment on the matter as this is still a “secret” process – even if it now apparently has come to an end for this round.

Who Is Likely To Be a Major Contender This Time?

German firms who were sleeping the last time this opportunity arose (or brushed it off as a “stigmatized” opportunity) are not likely to sit the second tender offer out. Especially given advancements in legalization if not the industry both in Europe and globally in the period of time the bid has stalled.

Add to that Canadians, Dutch, Israeli and Uruguayan firms, and the mix of applicants this time is likely to be the who’s who of the global cannabis industry. Americans are still not qualified to participate (with experience at least). Why? No federal reform.

It is also likely to be even more expensive. Not to mention require easy and quick access to European-based or at least easily confirmable pools of cash. It is conceivable that successful applications this time around will not only have to prove that they have a track record in a federally legal jurisdiction but will also have to be able to quickly access as much as 100 million euros. And there are not many cannabis companies, yet, who can do that, outside of the presumed top 10 finalists to the bid.

Will Bid Respondents Be Limited To “Just” the Cannabis Industry?

It is, however, absolutely possible that this time around the bid could include a more established pharmaceutical player or two who realizes that the medical market here has absolutely proved itself. Within the space of a year, according to the most recent “market report” on the industry (from the perspective of one of the country’s largest statutory insurance companies – Techniker Krankenkasse), there are now just over 15,000 patients.

Cannabis, in other words, is no longer an “orphan drug.” It is also still, however, considered a narcotic. For that reason, seasoned European and German players may upset the market even more with an entry via this tender bid.

Here is what is certain for now. Domestic cannabis will not be harvested in Germany until at least 2020. And until that time, it will be a growing, but import-based market.