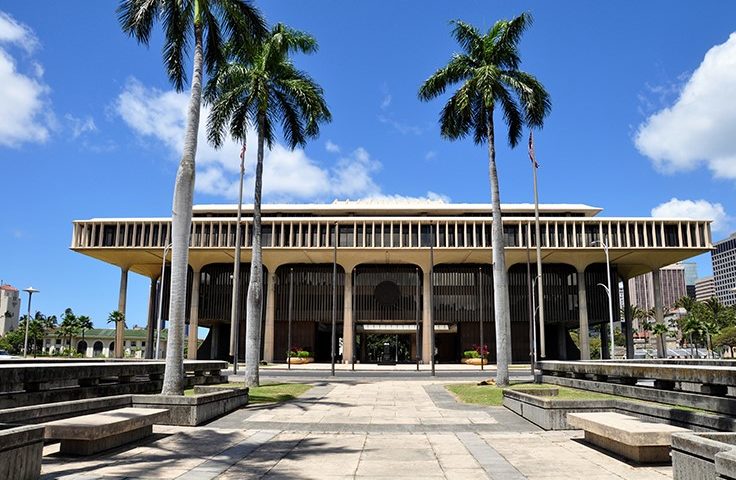 Hawaii’s legislative session ended May 2, and lawmakers have sent several cannabis-related bills to Gov. David Ige, including a decriminalization measure and legislation that would ease restrictions on the state’s medical cannabis dispensaries.

House Bill 1383 allows for the expungement of criminal records related to the possession of three grams or less of cannabis, and decriminalizes the possession of three grams or less by making it a violation punishable by a $130 fine. The bill also establishes a marijuana evaluation task force that will make recommendations on future cannabis policy reform. Once the legislation receives Ige’s expected signature, the law will take effect Jan. 11, 2020, according to Pedro Haro, executive director for the Hawaii Educational Association for Therapeutic Healthcare (HEALTH), a nonprofit trade association that serves the state’s medical cannabis patients and businesses.

“We are glad about the steps this takes towards destigmatizing the use of cannabis for those who are using the plant and its products as a medical intervention,” Haro told Cannabis Business Times.

While an adult-use legalization bill moved out of an initial committee in the Senate this year—which is further than similar legislation has progressed in previous years—the effort ultimately stalled. As support for legalization continues to increase at both the state and federal level, adult-use legislation in Hawaii should pick up momentum in the future, Haro said.

In the meantime, the state made several changes to its medical cannabis program this year. Lawmakers approved House Bill 673, which creates a process for the transfer of individual dispensary licenses, eases restrictions on allowable operating hours for dispensaries and authorizes the inter-island transport of medical cannabis for the purpose of lab testing.

“Legal protection for dispensaries to transport samples of cannabis products for laboratory testing [has been] a necessary practice since the medical cannabis program began,” Haro said. “State law requires all cannabis to be lab tested and quality assured prior to dispensing.”

House Bill 673 also removes restrictions that have prohibited dispensaries from locating within 750 feet of a public housing facility.

“By removing public housing restrictions, licensees—especially those on the neighbor islands—may now consider locations that provide more convenient access for patients,” Haro said. “This is particularly important for our older patients who require a driver and those with mobility issues. It also solved the license transfer predicament, which was needed to ensure uninterrupted service to patients in case of the departure or death of an individual licensee.”

Ige has indicated that he will sign the bill, Haro said, and it is expected to become law July 9.

House Bill 290, which would authorize medical cannabis patients to transport medical cannabis between islands for their personal use, also cleared the legislature this year, but Ige intends to veto the measure.

“This would have been an important step forward for our patients, particularly those on the Islands of Molokai and Lanai, where there are no dispensaries,” Haro said. “Unfortunately, the Governor has indicated he will veto this bill. We will continue to work towards increasing access for qualified patients to safe and legal medical cannabis in the future.”