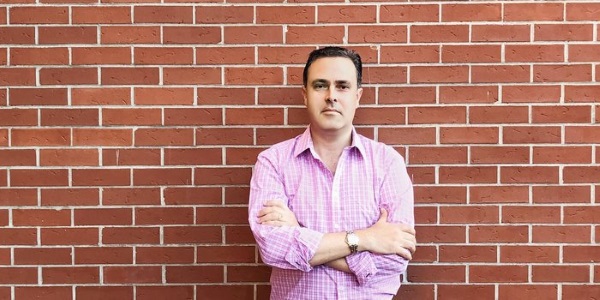 In the flourishing green space, investor Gregg Smith has a knack for finding the next big thing.

It was spring of 2015, and the green rush was on in New York. That state had concluded a long process and awarded the first five medical marijuana licenses to operators. Investor Gregg Smith saw many of his friends and former colleagues scouring the market, looking for any cannabis-related investments, with the most commonly sought-after being licenses to operate dispensaries. “As a prior banker that had probably spent more than 50 percent of my career working on life sciences deals and with fast-growing tech companies, this smelled like the next new big industry,” he tells Entrepreneur.

But while on the surface these looked like surefire bets, Smith believed that most opportunities he saw were significantly overpriced for the risk and earning potential. Plus, he felt like the coming proliferation of these stores and the ensuing margin compression that growers and sellers would eventually face were headwinds that were too strong to fight. “It was like buying a New York City yellow taxi medallion at $1.2 million — not for me,” he says. NY taxi medallions now trade for less than $200,000 after Uber and Via brought technology and efficiency to the market.

Instead, Smith set his sights on investing in accessories and services that would benefit from the growing trend of states legalizing THC sales, without giving him exposure to the inflated values and asking prices of dispensaries. That’s when he stumbled upon Pax Labs, the No. 1 cannabis vaporizer brand, which has been referred to as “the iPhone of vaporizers.” It was July 2015, and not only had Pax achieved an incredible milestone in his view — having sold 1 million of its signature vapes at $280 retail — it had just completed an unnoticed $47 million private placement, led by Fidelity Investments, the giant mutual fund.

This stood out because it signaled to Smith that this company had public market potential and could IPO since it was “blessed” by blue-chip Fidelity, who had a high moral standard bar. “Pax had just utilized their technology to bring to market the JUUL, a revolutionary nicotine delivery device that I thought would be a great investment hedge against the Pax and cannabis,” says Smith. He believed that even if the legalization trend were to completely reverse course, consumers would still buy accessories for their black-market habits, much in the same vein that rolling papers have been sold at every c-store for many years.

“Unfortunately, I didn’t know anyone at the company, and they certainly didn’t need any money from a New York-based, independent investor who only invested his own money and didn’t even have a fund,” he recalls. So Smith, a former investment banker who had spent 20 years on Wall Street at Bear Stearns, BofA Merrill, and was formerly the head of the Private Equity Group at Cowen, then set out to find shares to buy in Pax from any current holders he could find using his relationships. Within weeks, he struck gold. “I found an existing Pax holder who had invested in the company in 2009 and was simply fatigued and wanted liquidity and was willing to sell,” he explains.

Over the next two years, just as JUUL began to gain steam, Smith successfully purchased 1.5 percent of the company in secondary sales from more than six different holders, most at prices that were 15 percent less than what Fidelity had invested at, which was approximately a $215 million valuation. Today, after a split of the company into two separate companies — Pax Labs and JUUL Labs — and with JUUL’s recently announced raise valuing the company at $15 billion, his holdings are valued at more than $225 million, excluding his Pax shares.

Despite its meteoric rise, Smith says he has no desire to sell at the current prices and believes that JUUL has more than 4x upside over the next several years, which would value JUUL alone at $60 billion and his holdings at $900 million. “JUUL has completely disrupted the combustible smoking market, and there are more than 1 billion existing smokers in the world who would benefit tremendously from switching to a JUUL. It has only just begun,” Smith says. “The U.S. has been won, and there is an enormous international opportunity ahead.”

On the cannabis side, he remains extremely bullish on Pax Labs and its “Pax Era” product, which is aiming to be the Keurig of the oil vape market. His Pax investment continues to meet his investment thesis of not touching the plant, as Pax sells only accessories and empty pods to fillers, who bring to market their branded oil pods. “I just don’t see the 10x upside in the many ‘touch the plant’ opportunities I have seen,” he says.

Smith believes we are only in the second inning of a transition and major adoption of oil-based vapes and says the Pax Era is the best product on the market, with a wide variety of flavors meeting consumers’ needs. He has also invested in MJ Freeway, the leading seed-to-sale software provider to dispensaries, to help them manage the complexities of compliance in the marijuana industry. Again, this was a bet on the growth of dispensaries without actually investing in one, notes Smith. Other investors include Roger McNamee and Tao Capital Partners, an investment arm of the Pritzker family, which is also invested in Pax/JUUL.

Expanding from oil-based vaporizers, Smith recently made a significant investment in Hemper, the leading cannabis-accessory monthly subscription box service. To date, Hemper has shipped more than 200,000 monthly boxes (of all legal products) to smokers around the U.S. at $30 per box. This exposure and an engaged social media fan base have also allowed Hemper to achieve retail distribution in more than 800 stores, up from none last summer. In March, Smith invested $1 million in Hemper to give its three 26-year-old founders their first outside capital to ramp up marketing and new product introduction. “Hemper is Supreme meets Apple — Supreme from a brand and must-have perspective, and Apple from a focus on design and innovation,” says Smith. “Their products are not sophomoric; rather, they are well-designed functional smoking items that a new class of open smoker would be proud to showcase and possess.” Hemper has plans to be in more than 3,000 stores by the end of 2019.

Smith is now focused on personally investing $20 million in late seed-stage start-ups, with a focus on the N.Y. and Silicon Valley markets. He doesn’t have a fund, and he doesn’t want one because, he says, “I don’t want to be accountable to anyone but myself.” He has invested in more than 30 private companies and funds, including such unicorns as Bird, Via and Coupang, and is a member of Sand Hill Angels, one of the oldest Silicon Valley-based angel investment groups. (Smith is its only East Coast member.) He has invested in many early-stage companies that have come through Sand Hill and recently led a $2.3 million series seed round for Krome Photos, of which he invested $1.5 million alongside other notable investors including River Park Ventures and Sand Hill Angels.

Smith says he prefers to focus on smaller companies where he can be an active participant and act as an outsourced business development executive, bringing strategic opportunities to them, which can accelerate the appreciation of his equity.

Where to invest next?

Investment opportunities have come to Smith from many places, but the one he is most astonished at sourcing was Honcker, an app that allows a user to lease a new car from a mobile device and have the vehicle delivered to their door the next day — all at the best price in the market and without ever having to visit a dealership. After first seeing the app by happenstance in May 2018, Smith thought it was one of the most brilliant and scalable marketplace businesses he had ever seen, but he knew no one at the startup company, which had less than six employees. That’s when he took a flyer on a LinkedIn invitation he sent to the founder with a note that expressed his desire to invest. To his surprise, the founder returned his call and took a meeting, which marked the beginning of a process that ended with Smith leading a round and investing more than $2.2 million; he was joined by other leading New York venture investors. Smith joined the board and went to work, making introductions to car dealer groups, insurance companies, banks and, most importantly, IAC. After meeting the company and spending time with its founder, IAC proposed investing $23 million as the sole investor in Honcker’s A round — just several months after Smith’s investment closed. This investment was IAC’s first foray into the auto vertical and was at a tremendous multiple to the previous round. “Honcker is on its way to becoming a billion-dollar company and has completely improved the car leasing experience. Their marketplace has been a digital extension of a dealer’s rooftop and enabled them to capture business they may not have. It’s the Amazon Prime of car leasing,” comments Smith.

Smith’s passion for seed stage investing began in 1998 when he was 28 and worked full-time as an investment banker raising money for larger companies. “I was approached by a 22-year-old first-time entrepreneur who’d just started an online pet pharmacy called PetCareRx.com, selling prescription and non-prescription medications for cats and dogs at prices that were significantly cheaper than one would get from their local vet. He was solving a problem — much like 1-800-Contacts — and I wrote the first $50,000 check to help expand this fledgling business that operated out of a closet.” After about two years, the young entrepreneur called Smith and told him he ran out of money and was simply going to fold that week. Smith thought the business made sense and asked the founder for 24 hours to come up with a plan. Days later, Smith and three friends injected approximately $300,000 in exchange for 70 percent of the business. Smith became the chairman. He worked to position and rename the business (its original name was EZPet) and recruit a CEO that could complement the young founder. Soon, he had successfully recruited not one, but two former Goldman Sachs retired partners who both had a passion for animals and a desire to be active in running a business and invest their own capital. Smith left the board in 2008 when PetCareRx.com had become the second-largest online pet pharmacy in the U.S. and Goldman Sachs had made a significant investment in it, and it was formally a Goldman portfolio company. Today the company is still private and growing, and Smith hasn’t had a significant payday but says he is optimistic about remaining a passive shareholder.

Smith says his investment goals are simple: “I want to have fun, make money and be a part of building exciting things. Since I am a one-man show and work for myself, I am always trying to learn, and I enjoy being around people smarter than me.  I would be lying if I didn’t say there is something so rewarding about looking through grains of sand on the beach and then finding the one that grows up and becomes a valuable diamond.”