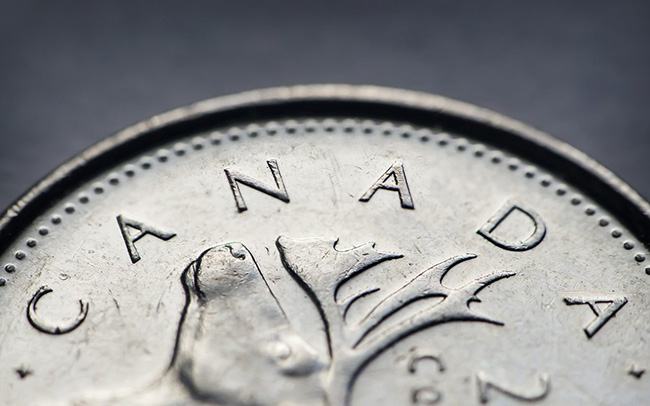 With so many American states legalizing medical and adult-use cannabis, it’s no surprise that entrepreneurs are joining the rapidly growing industry. Federal illegality, though, makes it tough for these pioneers and their investors to make money.

Scaling a business that’s prohibited from selling product outside the state in which it’s produced is quite challenging. Add the onerous federal 280E tax—which disallows normal business expenses and can lead to income tax being due even when a company isn’t even profitable—and it’s no wonder that we aren’t seeing a bull market in cannabis producers or retailers.

Last month, I suggested that investors looking to capitalize on cannabis legalization would be wise to explore international options. While the United States has yet to embrace cannabis legalization at the federal level, several other countries have created federally legal medical cannabis programs.

Our neighbors to the north and south are on board. Mexico recently legalized (but hasn’t yet implemented) medical cannabis. Canada’s federally legal medical cannabis program now serves more than 200,000 patients nationwide. Uruguay has legalized cannabis and allows it to be sold in pharmacies.

While countries on five continents (not Asia or Antarctica) have embraced medical cannabis at the federal level, investors should pay particular attention to five regions that show particular promise. The good news is that there are Canadian companies active in all five, which means investors may be able to participate globally without trading in securities all over the world.

When it comes to legal cannabis investment opportunities, Canada is the king. Health Canada, which oversees the medical program, has issued 62 licenses to about 50 medical cannabis companies, and 23 of these licensed producers (LPs) trade publicly. Five even trade on the Toronto Stock Exchange, the equivalent of our own New York Exchange, including Aphria, Aurora Cannabis, CanniMed Therapeutics, Canopy Growth and MedReleaf.

These companies are positioning for full legalization in July by expanding their production capacity and ramping up their extracts expertise. Canada was slow to permit cannabis concentrates, but concentrates are now driving industry growth, despite the fact that they remain highly restricted (oil only, with THC potency capped). In addition to serving a larger market following legalization next year with a broader array of products over time, including edibles most likely, many of the Canadian LPs also have global operations.

The publicly-traded LPs include not only these global titans but also some smaller producers positioning for legalization with their craft cannabis offerings. If you want to stay on top of the Canadian industry, we have developed a resource for investors at New Cannabis Ventures.

Germany legalized medical cannabis in early 2017, and is currently in the process of licensing companies for production. For now, its market is small and being supplied with imported products, mainly from Canada. What makes this market so interesting, besides the large population (83 million) is that medical cannabis will be distributed in pharmacies and health insurance will cover it.

I’m not aware of any publicly-traded German companies that have announced an interest in entering the sector, but several Canadian companies are either supplying the market now or have announced plans to apply for a production license, including ABcann, Aurora Cannabis, Canopy Growth, Cronos Group, Maricann and MedReleaf. Other European countries are already liberalizing, and Germany’s program will likely lead to other countries implementing similar programs.

The market is very limited in Australia for now, with most of the industry focused on research. There are a few companies with production licenses, though, including publicly traded Cann Group and Auscann Group. Several others are not yet licensed but trade publicly, and the market has been in a bit of a bubble this year.

While Uruguay has legalized the adult use of cannabis, Colombia and Chile have legalized medical cannabis. Auscann Group has a partnership with the only license holder in Chile. International Cannabis Company is a publicly-traded company in Canada that operates in Uruguay. Canopy Growth has established a joint venture in Brazil, which permits medical cannabis on a limited basis. I expect to see two other Canadian companies that operated in Colombia go public in 2018.

Cronos Group, a company that wholly owns two Canadian LPs and has stakes in several others, announced a deal last month to establish Cronos Israel and build a facility on Kibbutz Gan Shmuel, targeting initial annual production of 5 million grams at a cost of less than C$0.50 per gram. Given the country’s reputation for innovation, its unique genetics and the potential to export to Europe, I expect to see more deals like this one.

The bottom line: There is a world of opportunity for cannabis investors, and perhaps the best way to play it is by investing in Canadian LPs that are actively pursuing global opportunities.

Next up: How Canadian companies are funding the U.S. cannabis industry. Talk with you in three weeks.