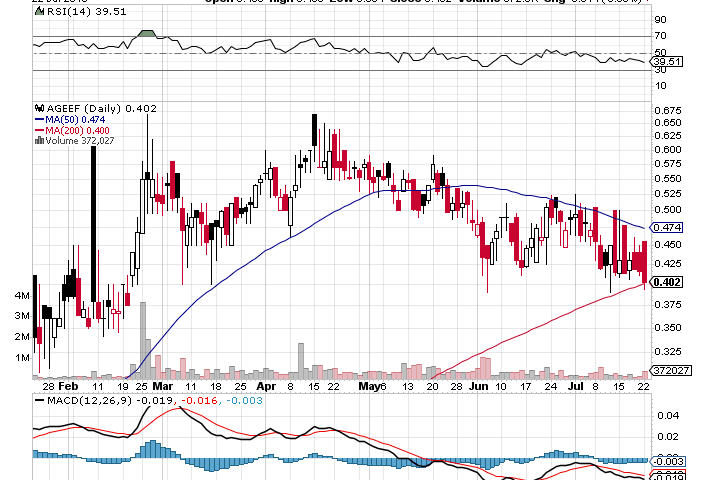 Is It Too Soon To Get Into U.S. Cannabis Extraction?

Some recent articles at The Seed Investor have pointed to investor opportunities in cannabis extraction in Canada.

Companies such as Valens GroWorks Corp (CAN: VGW / US: VGWCF) and MediPharm Labs Inc (CAN: LABS / US: MEDIF) have been aggressively ramping up extraction operations. They have also been recording strong revenue growth (and profits) and rewarding their shareholders.

Are there similar opportunities for investors with respect to cannabis extraction in the U.S.?

The short answer is no. There are fundamental differences between the U.S. and Canadian cannabis industries. The conditions that already allow large-scale extraction specialists like Valens and MediPharm to thrive don’t exist in the U.S.

Specifically, Canadian extraction companies can service this market at the national level. They are free to ship cannabis oils across provincial borders. This allows maximum scale and the corresponding efficiency that comes with it.

There is no “national” cannabis industry in the United States. There is no interstate cannabis commerce (yet).

The other problem for cannabis investors wanting to position themselves in U.S. cannabis extraction is the lack of public companies. Organa Brands is one of the leading multi-state operators (MSO’s) in the U.S. It boasts large-scale extraction capacity. But it’s private.

XABIS Inc. is approaching U.S. cannabis extraction from a different angle. It offers turn-key solutions to allow its clients to establish their own world-class extraction operations. But it’s also private.

One U.S.-based company that is trading publicly and specializing in cannabis extraction is Halo Labs Inc (CAN: HALO / US: AGEEF).

Founded in Oregon, Halo is expanding into California and Nevada. In total, the company has shipped over 3 million grams of cannabis oils and concentrates. It currently sells 100,000 grams of oils/concentrates per month. This comes from both in-house and white label manufacturing.

Halo has major extraction operations and a substantial revenue base. What it lacks (in comparison to Canadian-based companies like MediPharm and Valens) is the ability to scale its operations.

To expand into California and Nevada means setting up (or acquiring) separate extraction facilities. This not only slows down interstate expansion, it also eats into margins.

All other things being equal, Halo’s extraction operations won’t be able to achieve the same degree of efficiency in relation to large-scale Canadian extraction companies.

That’s the U.S. landscape today. But it’s a changing landscape.

Congress has held hearings aimed at legalizing cannabis at the national level. Separately, a bill has been introduced in Washington that would allow interstate cannabis commerce between cannabis-legal states.

The Seed Investor has been following both of these important regulatory initiatives.

In terms of national legalization, our prognosis is that politics is still getting in the way. It appears that the earliest realistic window for the passage of national cannabis legalization in the U.S. will be in 2021.

On the other hand, there may be hope for the interstate cannabis commerce bill. Any federal legislation here would be mainly permissive.

The only direct federal involvement would be with respect to rail commerce. That’s a likely mode for the transport of cannabis products and fully under federal jurisdiction.

This is a much smaller step than full legalization. For Washington politicians (mainly Republican) still leery of being seen as “pro-cannabis”, it is an easier sell to voters.

If interstate cannabis commerce becomes a near-term reality in the U.S., this immediately boosts the prospects for Halo. Suddenly, its own playing field would look very similar to its Canadian peers in terms of achievable scale – maybe even better.

For forward-looking investors, a company like Halo Labs may also appear to be a strong bet. But for those wanting more regulatory certainty, it may still be a little too early for the U.S.