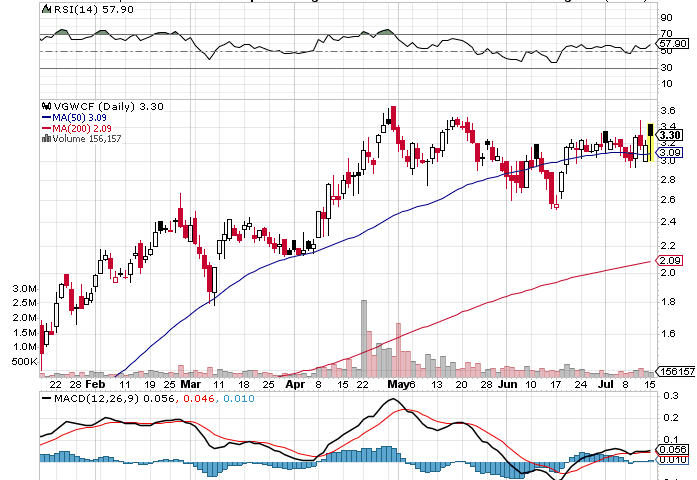 Is Medipharm the Best Value in Cannabis Extraction Today?

The two leaders in Canadian cannabis extraction are Valens GroWorks Corp (CAN: VGW / US: VGWCF) and MediPharm Labs Inc (CAN: LABS / US: MEDIF). They have both posted strong stock performances this year.

The two companies have been leap-frogging each other as Canada’s extraction leader. Valens is the current leader having just upgraded its capacity to 425,000 kilograms per annum of dried cannabis. Medipharm has also completed its own expansion, up to 300,000 kilograms per year of extraction capacity.

One difference between the two is that while Valens has been trending steadily higher, MediPharm has actually given back substantial ground. After reaching a high earlier this year of US$5.65, its current share price represents nearly a 40% pullback.

On that basis alone, value-hunters in the cannabis space may be looking at MediPharm as a “buy”. Are there other reasons why investors may see MediPharm as a better relative value than Valens at present?

Valens lists its current cash/equivalents at CAD$65.5 million. MediPharm closed a CAD$75 million bought deal financing on June 17, 2019. It also has a $20 million debt facility with a Schedule 1 Bank.

Then there are revenues.

As we’ve seen with industry leader Canopy Growth Corp (US: CGC / CAN: WEED), the market is currently placing great emphasis on revenues and bottom-line performance. This is despite the early stage of Canada’s cannabis market. Here, at present, it seems to be “advantage MediPharm”.

Valens has just reported its Q2 earnings. This included CAD$8.8 million in revenues, a 296% increase from Q1. Gross profit was $5.1 million. Analysts covering the company are generally projecting more gains ahead for its share price.

Then there is MediPharm.

The company reported revenue of CAD$22 million in Q1, including a gross profit of $6.9 million. That beat Q4 revenues by a robust 115%.

MediPharm noted that $7.6 million of those revenues came as a lump sum for a large, initial shipment to a major Licensed Producer. Even so, the company’s existing supply agreements project to a minimum of CAD$35 million over the next 12 months. There is a total potential of $48 million already on the table from these deals.

MediPharm will be reporting its Q2 in August.

The two companies offer some operational differences for investors. Valens employs four different extraction processes, providing greater diversity for its customer base. MediPharm has already been developing an international footprint for its operations. It recently made its first shipment of cannabis concentrates to Australia.

Investors in either company will likely not be disappointed. For those looking for the best value today, MediPharm may have the edge.

DISCLOSURE: The writer personally holds shares in both companies.