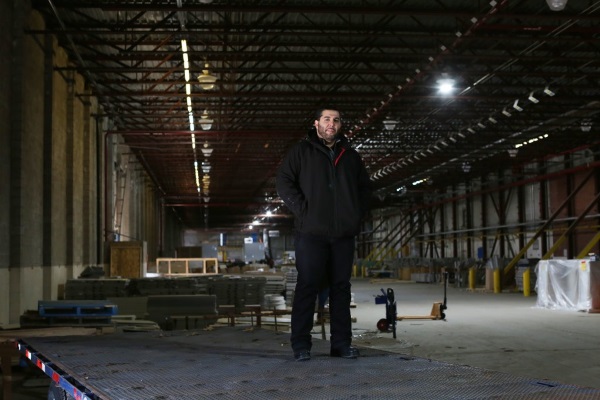 CHESTERVILLE, Ontario — Inside garage-sized containers at one end of a cavernous warehouse in a former Nestlé factory south of Ottawa are rows of marijuana plants stacked atop each other, basking in the unearthly glow of grow lights.

They belong to Hamed Asi, an Ontario businessman who calls them his “vertical farm.” He has no background in growing marijuana, or in any kind of agriculture. His other line of business is installing office furniture; cubicles, filing cabinets and desk chairs fill the opposite end of the warehouse.

A financial boom not seen since the dot-com mania of the late 1990s has overtaken Canada. The legalization of recreational marijuana, scheduled for this autumn, is not only a momentous social change and public health challenge, but also a rare opportunity for entrepreneurs like Mr. Asi to be in on the birth of what they hope will become a multibillion-dollar industry.

Early signs of a boom abound: Marijuana growers have plowed millions into investments that, without having recorded profits yet, have stock-market values measured in billions. Down-on-their-luck towns like Chesterville, Ontario, hope that marijuana will reverse economic decline. Former politicians and law-enforcement officials who once opposed legalizing recreational marijuana have now joined or formed companies to cash in on it.

Some provincial governments forecast that tax revenue from marijuana sales will help balance their budgets. And companies offering every kind of service or product — from real estate to packaging — are all out for a piece of the action.

Mr. Asi’s dreams of wealth are sprouting here in a century-old former factory that once turned out pallets of Nestlé Quik bound for railway boxcars. A partner and operations manager at a company called the I.D.P. Group, he acknowledges the risks inherent in what has already become a highly competitive industry.

“You can’t just do this because everyone else is doing it,” he said in his office which is, not surprisingly, fitted with the latest in office furniture. “Worry? Yeah, 100 percent. We see how good this industry can be if you do it right, but you’ve got to really be diligent.”

This month, Prime Minister Justin Trudeau fired the starting gun for Canada’s new gold rush by announcing that legalization of recreational marijuana will begin on Oct. 17, months later than the original plan of Canada Day, July 1. But, as in the earlier mania for technology companies, there are growing concerns that this boom could produce more disappointment than riches.

Mr. Trudeau’s government portrayed the legalization of recreational marijuana — Canada has had a medical marijuana system since 2001 — as a way to wipe out the black market, not as a potential job creator or moneymaker for either the government or investors. In effect, he promised a system in which marijuana would be available, but not promoted.

As a result, the federal government will license growers in Canada, and provinces will decide how it is sold to consumers. In some provinces, notably Alberta, the government went with privately operated shops. Others, like Ontario and Quebec, will essentially adopt a variation of the system of government-owned stores that has been used for alcohol sales since Prohibition ended.

Under regulations recently released, marijuana will generally be treated more like cigarettes than alcohol. Advertising will be severely restricted — as will the ability of Canada’s marijuana makers to turn themselves into household brand names. Packages must be uniform and plain, aside from vivid, yellow health warnings and tiny logos. Even baseball caps, T-shirts and all other logo-laden giveaways promoting marijuana brands will not be permitted. 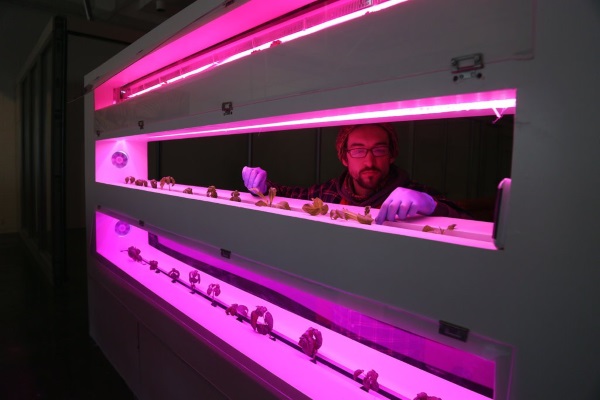 Many of the big companies eagerly awaiting the October light-up date have their roots in the medical marijuana industry. But their styles have shifted.

Chuck Rifici, a founder and former chief executive of the company now called Canopy Growth (at more than 8 billion Canadian dollars, the most valuable marijuana company in Canada), once sported the clean-cut look one would expect from an accountant and former chief financial officer of Mr. Trudeau’s Liberal Party.

But as he has shifted to selling marijuana as a way to get high — not just as pain relief — Mr. Rifici has abandoned suits and ties for designer T-shirts. His graying and less-than-trim beard give him the air of a rock star.

Bounced from Canopy in 2014, Mr. Rifici is now the chief executive of a competitor, Auxly, which has invested in 12 marijuana-growing operations. Among them is Mr. Asi’s operation in Chesterville, which has received 12 million Canadian dollars.

The future after October, Mr. Rifici said, offers nothing but promise, as marijuana will start flowing out of stores and new markets beckon.

“The rest of the world is going to legalize this,” he predicted. “So the urgency for me is having the people and the capability to be a first mover in that new jurisdiction. I think one or two of the large multinational cannabis companies will be Canadian companies.”

But before Mr. Rifici conquers the world, he and his competitors first have to figure out how to make their home market work.

“The rules around cannabis start to look a little bit silly or a little bit over the top,” Mr. Rifici said. “Over time that will loosen a little bit. The industry is certainly pushing for it.”

That push, however, will meet forceful resistance from Canada’s medical community, which has repeatedly raised warnings about marijuana’s health risks, particularly for users under the age of 25.

“There’s already a lot of misinformation out there about it being natural and less harmful than tobacco and alcohol,” said Dr. Jeff Blackmer, a vice president of the Canadian Medical Association. “When there’s that much money to be made, funny things happen. We’ve learned that lesson from big pharma.”

Cam Battley, who once worked in the pharmaceutical industry and who is now the chief corporate officer of Aurora Cannabis (market value: 5.6 billion Canadian dollars; losses in the first part of this year: 20 million dollars), acknowledged that the soaring values of marijuana companies may not be justified in every case. But he also rejected suggestions that the dreams surrounding the industry may, well, go up in smoke.

“People should be cautious and do their homework on the cannabis sector,” Mr. Battley said. “We’ve become a mainstream industry in Canada. On this, we’re not seen as a wild and crazy country. I think the world trusts Canada to get cannabis right.”