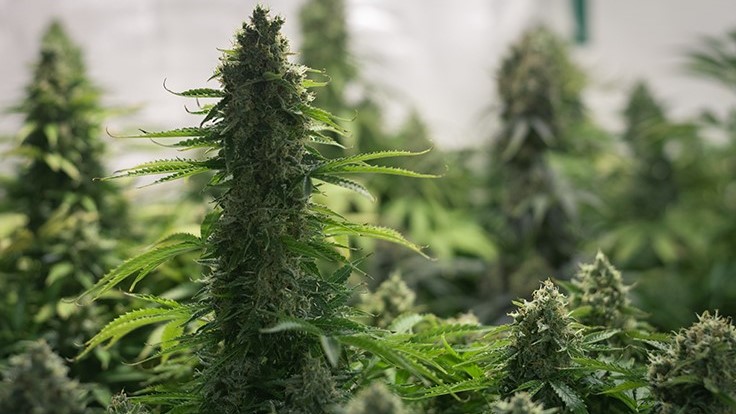 During the days of full cannabis prohibition, there was essentially a free market at work. With a high-risk marketplace and an obscure market of producers and consumers, growers and breeders competed freely—resulting in the incredible variety of genetically diverse plants that a maturing marketplace now demands.

But because of the underground nature of it all, every business was run on unprotected trade secrets. Breeders were known by pseudonyms and the sometimes-ridiculous cultivar names used for marketing. As the industry emerged, websites like Leafly.com appeared to catalog them all. But as the industry matured, along came genetic sequencers to show that a lot of the plants were the same thing and the vast majority of the varieties on the market were neither new nor unique.

And, despite the newly emerging genomics and federal prohibition, the U.S. Patent and Trademark Office (USPTO) has been issuing both variety and utility patents for cannabis varieties, triggering industry groups and labs to begin open-sourcing genetic and chemical profiles of plants on legal markets in an attempt to prove prior art and prevent more broad utility patents on plants.

Variety patents, which are issued for all kinds of plants under the Plant Variety Protection Act of 1970 (PVPA), are issued only for plants that were asexually produced (clones) and are not found in nature, but rather the dedicated work of a breeder to create something new and unique. Variety patents last 25 years and allow breeders to have total control over their creation, including charging licensing fees and/or royalties if they enter into a contract with a producer.

Utility patents, on the other hand, usually apply to new methods of delivery (like vaporizers) or new processes (a new extraction device). But in 2015, a very controversial patent was issued to a biopharmaceutical firm, Biotech Institute LLC. The issued plant patent is so incredibly broad in scope that the vast majority of landrace varieties (or Type-II varieties) fit within their scope; plants that make both THC and CBD and are not dominant in the terpene myrcene.

The power of these patents lies in the cost of litigation. Oftentimes when a small company or similar-sized competitor infringes on the patent, whether knowingly or not, it is usually a lot cheaper to pay the patent holder a licensing fee than it is to go to court. If the patent is challenged and the defendant proves prior art, the patent could be invalidated.

Breeders derive all the value in their work from intellectual property (IP), so as the marketplace matures, investing in the appropriate protections is essential. Obtaining plant varieties and investing in an insurance plan that can cover costs of litigation— whether offensive of defensive— is key to protecting the core value of the business.

“The best way to protect your genetic assets is with plant patents, that is the safest thing to do, protect them strain by strain,” says Dale Hunt, a plant biologist and attorney specializing in cannabis patents.

According to Hunt, the standard that the USPTO applies to cannabis plant variety applications is no different than for any other plant; the cultivar must be new, useful and nonobvious, and the application must teach a person skilled in the art how to make the invention and how to use the invention. Plant patents are relatively inexpensive and easy to defend, and they are less likely to be invalidated by legal challenges—like a utility patent might.

Hunt says that the effects of utility patents like Biotech Institute’s remain to be seen because they have yet to be enforced or tested.

“With so little prior art there will always be a question mark over the utility patents. You will never know how valid they are until more literature is developed,” he says. “If you are worried about having people assert their broad utility patents against you, you need to be part of a coalition of people in the same boat who believe this and band together to defend yourself and each other against those patents.”

Hunt plans to release a new website, MJPatentsWeekly, that will be updated every Tuesday as the USPTO issues new patents. Visitors to the site can comment on patents and submit prior art, which he says is key to preventing more broad utility patents.

“The cannabis industry has been a pretty active industry with people doing a lot of innovative things, but have they created a body of literature?” he asks. “Of course not, they have hidden it pretty vigorously. There is a great void of any information that is printed that an examiner can look at. The examiner, their hands are kinda tied.”

Hunt says there are a lot of ways growers can protect their plants other than through patents. Growers can control their protections by only selling harvested material rather than clones or seeds. In countries with legalized cannabis but few legal IP protections, strong contracts are the best option for mitigating the risk.

Applying for a Patent

He says for variety patents, the issue is usually because documentation provided to the USPTO examiner does not sufficiently describe the new variety.

Hunt details the other three primary reasons the application could be rejected at first submission in a post to his blog called “Three Rookie Mistakes Plant Patent Applicants Make,” (1) naming the variety in a way that is incompatible with trademark protection; (2) misunderstanding the flexibility of filing date and disclosure requirements and (3) incorrectly timing the filing of the application.

“What you don’t want to do is use your really cool, sexy trade name as your variety name when you apply for the patent, because you lose the ability to use that as a trademark,” he says. “You want a functional, non-appealing name, like an address or filing system kind of name. My clients have learned from making that mistake or others’ mistakes; they use some sort of code so they can track it, and an appealing name for the trademark.”

“It is one thing to get a patent, it is another thing to enforce one,” Hunt says.

With the average cost of litigation averaging $2.8 million for patent infringement lawsuits, according to Gil Shaheen with Intellectual Property Insurance Services Corporation (IPISC), a business could go bankrupt if its management tries to challenge the patent enforcer, even if they feel they have a case to challenge it. If a small business has an insurance policy that covers defensive and offensive litigation, they could potentially invalidate patents like Biotech’s.

“The interesting thing about cannabis patent landscape, and the utility patent, with so little printed prior art for the examiners to go on and so much black market prior art or hidden prior art that a defendant could use in their defense, when someone asserts the patent they are really risking having it invalidated,” Hunt says. “As soon as I sue someone for infringing a patent they get an army of lawyers, some experts and some patent searchers and they throw all kinds of resources at trying to prove my patent is invalid. They are going to do a more thorough search and any examiner would have ability to do.”

Hunt adds that everyone—whether longtime growers or experienced business professionals—is new to the legal industry, and, in many cases, there just isn’t precedent yet on cannabis industry intellectual property.

“Because everyone is new, be really careful in evaluating what qualifies the people you choose to work with—whether they are on the investment side or the business side or the lawyer’s side,” Hunt concludes.

Insurance policies that cover the cost of enforcing a company’s patent, or protecting them from an infringement suit, are the best defense of both the company and its most important assets.