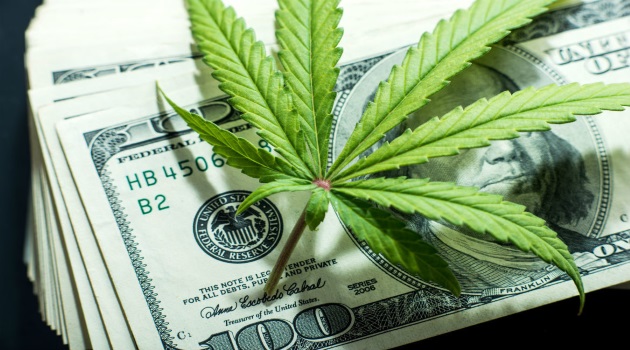 Ontario only opening 25 retail stores in 2019

Bottom Line: The Ontario government is now saying only 25 retail cannabis stores will be open in 2019, or only one store per 550,000 people. The random drawing means that many LPs and other retail operators who spent money to sign leases in hopes of opening are now left paying for space they will not be able to use. Grizzle believes the supply shortage will be largely eliminated in the second half of 2019, so the Ontario government is being far too conservative in only allowing 25 stores.

Bottom Line: Oregon’s 1,107 growers grew enough cannabis to supply the equivalent of 75 percent of Canada’s demand. Oregon is harvesting 450,000 kg a year but only consumes 230,000 kg a year. The retail price for cannabis has fallen to $3.83/gram, demonstrating the negative effect an oversupply has on product pricing.

Bottom Line: There is a good chance New Jersey, Connecticut, New York, and Illinois could all pass recreational marijuana bills in 2019. North Carolina and New Hampshire may also be on the rec list for this year (See two articles below). This would bring the total number of states that allow recreational cannabis use to 16 or 32 percent of the country. Cannabis remains fully illegal in only 18 states or 36 percent of the country.

The failure of legalization in California

Bottom Line: California sold less legal marijuana in 2018 than it did in 2017 when recreational marijuana was still illegal. California shows the pitfalls of immediately creating strict regulations and high legal prices when a well functioning and large-scale illegal market is already in place. Canadian officials need to watch California closely to make sure they don’t repeat any of the state’s mistakes. Bottom Line: The German government is now saying they won’t award in-country cultivation licenses until June at the earliest. This is now a sixth-month delay from the original timeline of November 2018. The longer Europe drags their feet on cultivation the higher revenue per gram and profitability will be for the largest Canadian producers who make up the majority of European exports. (Tilray, Canopy, Aphria, Cronos, Aurora, Organigram, CannTrust, HEXO).

Israel on the verge of legalizing cannabis exports

Bottom Line: The Israeli parliament voted 20-0 to allow cannabis exports, and now the bill goes to cabinet ministers and the prime minister for final approval. There are six licensed producers in Israel who will compete for customers in Europe with Canadian LPs. Once Israel approves exports expect many of the companies to list their stock publicly in the U.S, similar to how Colombian producers are listing in Canada to raise capital.

Positive sentiment returned to global marijuana stocks this week with the index up 12 percent. US operators outperformed Canadian operators up 17 percent and 12 percent respectively.  Stocks are still well off their October highs, but this is a welcome positive week for cannabis investors.

Stocks could see a bounce back in the first quarter after selling off so heavily in November and December. Sentiment is so pessimistic it is hard to see stocks falling much further without additional negative earnings news or a global recession. A full buyout of a cannabis company by a consumer packaged goods company would be a strong positive catalyst for the entire industry.

From a fundamental perspective, be careful owning cannabis stocks into the next two quarters of earnings. A supply shortage and a government monopoly do not bode well for license producers ability to meet or exceed earnings estimates.

Longer term, with the Canadian market legalized we expect retail and wholesale price compression from a legal oversupply by the second half of 2019. Falling cannabis prices will pressure producer stocks later in 2019. After a shakeout, the remaining stocks will be better positioned as long-term buying opportunities.