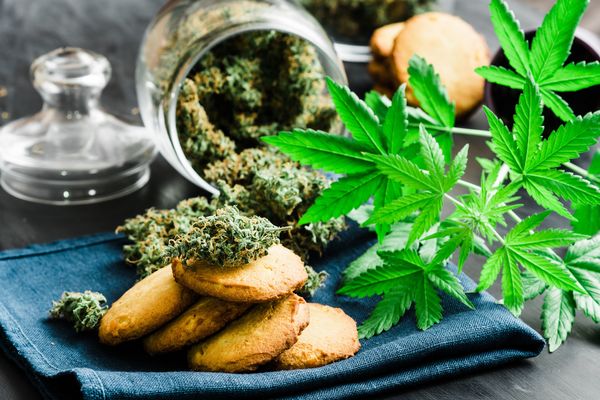 As reported by Bloomberg, 77 year-old “lifestyle guru” Martha Stewart is entering the cannabis industry. Stewart and industry-leader Canopy Growth Corp (US: CGC, CAN: WEED) are teaming up to bring to market new cannabis-related food, cosmetic, and animal-care products.

It’s another indication of the cannabis industry going mainstream, even as cannabis is still (officially) a “Schedule 1” illegal narcotic in the United States at the national level.

Cannabis is potent medicine. It’s (by far) the safest recreational drug, much safer than legal-but-dangerous drugs like alcohol and nicotine. And it’s packed with nutrients and other health-promoting properties.

It’s these latter qualities of cannabis that have clearly attracted Stewart to this emerging industry. Bloomberg quoted Stewart.

“We’re working in animal care, we’re working in cosmetics, body care. I’ve been experimenting little bit with some of the good products that are available now, I find them very useful and really good for your skin, and I think the anti-inflammatory qualities of some of them are very good.” [emphasis mine]

Stewart is planning to leverage her Martha Stewart Living brand into cannabis edibles. Such products are already legal in several U.S. states and Canada will be legalizing such products nationally this October.

Not surprisingly, the “middleman” who brought Stewart and Canopy Growth together is Snoop Dog, who hosts a cooking show with Stewart. That’s another sign of how times are changing with respect to legalized cannabis.

Bloomberg even notes how Stewart “joked” about her brothers experimenting with cannabis when they were young. Even a few years ago, an established corporate icon like Stewart would have never made such a joke – publicly.

Cannabis is on a clear (and irreversible) trajectory to become a fully mainstream industry. Any reports to the contrary are just “noise”.