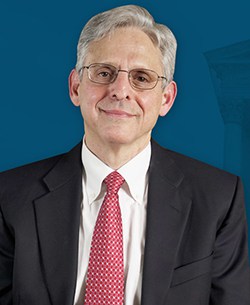 By a vote of 70-30, the U.S. Senate today confirmed Merrick Garland to be U.S. attorney general. While, prior to his confirmation, the new attorney general had not been outspoken about cannabis, federal prosecution of marijuana-related crimes, or the federal-state divide over the legality of cannabis, Attorney General Garland did offer the state-legal cannabis industry in the U.S. reason for optimism during his recent confirmation hearings.

Most notably, responding to a question from Sen. Cory Booker (D-NJ) concerning potentially reissuing the Cole Memorandum, then-Judge Garland, testified that he did not think it was a “useful use” of limited federal resources to prosecute most cannabis-related conduct:

“This is a question of the prioritization of our resources and prosecutorial discretion. It does not seem to me a useful use of limited resources that we have, to be pursuing prosecutions in states that have legalized and that are regulating the use of marijuana, either medically or otherwise. I don’t think that’s a useful use.

“I do think we need to be sure there are no end-runs around the state laws that criminal enterprises are doing.  So that kind of enforcement should be continued. But I don’t think it’s a good use of our resources, where states have already authorized. That only confuses people, obviously, within the state.”

The Cole Memorandum was prepared in 2013 by then-Deputy U.S. Attorney General James M. Cole. It offered “Guidance Regarding Marijuana Enforcement,” identified several federal “enforcement priorities,” and provided that the federal government generally would refrain from prosecuting marijuana-related offenses unless they implicated one of those enforcement priorities.

Notably, in a Feb. 22, 2021 article, “AG Nominee Garland Supports Pot Prosecution Pullback,” Law360 observed: “Judge Garland was careful not to say he would reinstate the memo specifically, saying he didn’t have all its tenets in mind at that very moment.  But he has read it and is familiar with it, he said.”

Thereafter, in his “Responses to Questions for the Record,” then-Judge Garland offered further insight into his thinking about cannabis:

As I testified at my hearing, it is important to focus our attention on violent crimes and other crimes that greatly endanger in our society. Large-scale illicit drug trafficking should be distinguished from simple marijuana possession and should be vigorously investigated and prosecuted.”

Beyond these few statements, however, Attorney General Garland, who had previously been nominated to the U.S. Supreme Court, reportedly has not made many public statements about cannabis. According to Marijuana Moment, before his recent testimony, the Attorney General’s “views on marijuana policy have been largely unclear to date.” And, addressing his recent testimony, Law360 observed in its February 22 report: “Judge Garland’s comments were his first on the Cole Memo.”

While Attorney General Garland still has not committed to supporting legalization, or even decriminalization, of cannabis at the federal level (or even to just reissuing the Cole Memorandum), his recent statements – which do seem similar in certain respects to ones made by former U.S. Attorney General William P. Barr during his confirmation hearings – stand in stark contrast to the approach of one of his recent predecessors, Jefferson B. Sessions III.  Appointed by President Donald J. Trump, Sessions, who had served previously as a U.S. Senator, rescinded the Cole Memorandum in 2018, replacing it with his own directive.  Attorney General Sessions was a notorious anti-cannabis crusader. In fact, according to a 2017 report in Politico Magazine, “[t]he longtime Alabama senator … had once joked that he considered the [Ku Klux] Klan to be OK guys until he found out they smoked pot. Only [advocates for marijuana law reform] weren’t quite sure he was kidding.”

Regardless, the U.S. cannabis industry is optimistic that it now has an ally – or, at least, no longer an opponent – in the U.S. Department of Justice. For example, after his confirmation hearings, High Times reported that, although then-Judge General’s recent comments were “not exactly a ringing endorsement of cannabis policy reform, Justin Strekal, the political director for the National Organization for the Reform of Marijuana Laws (NORML), said in a statement from the organization that [then-Judge] Garland’s comments ‘indicate that he has no intention of curbing the progress being made in the regulation and consumer access of cannabis and for that, we can breathe a momentary sigh of relief.’”

According to Strekal: “There is much work left to do, but for the first time in over 4 years, supporters of ending federal marijuana criminalization no longer have an active opponent leading the Department of Justice.”

Any change in U.S. public policy concerning cannabis likely would have wide-ranging effects, impacting court decisions, contract enforcement, and even, for example, the insurance market. For example, in 2016 – citing the Cole Memorandum and then-developing federal public policy – the U.S. District Court for the District of Colorado, in The Green Earth Wellness Center v. Atain Specialty Ins. Co., 163 F. Supp. 3d 821 (D. Colo. 2016), required a commercial insurer to cover a marijuana-related loss(es). Determining generally that enforcement of the parties’ contractual agreement would not violate public policy, that court explained that, even then, there was a “difference between the federal government’s de jure and de facto public policies regarding state-regulated marijuana.”

As such, if and when the Cole Memorandum (or some similar directive) is reissued, cannabis use is legalized or decriminalized federally, or the DOJ even just signals a friendlier approach to cannabis at the federal level, courts – especially federal courts – undoubtedly will take notice, likely resulting in more cannabis-friendly judicial decisions as well.

As such, starting today, the cannabis industry would be well served to keep careful track of any signals – formal policies or even just off-the-cuff statements – concerning cannabis that are offered by the new Attorney General and/or his DOJ.

Michael H. Sampson, Esq. is co-Chair of Leech Tishman Fuscaldo & Lampl LLC’s (“Leech Tishman”) Cannabis practice group, which is available to help with any or all cannabis-related legal issues.  Mr. Sampson and Leech Tishman will continue to monitor developments in cannabis-related public policy, Attorney General Garland’s public statements concerning cannabis, any further developments at the DOJ affecting the cannabis industry, and their collective effect on judicial decisions.  Mr. Sampson, who has a national cannabis-related legal practice, can be reached at msampson@leechtishman.com or at 412.261.1600.