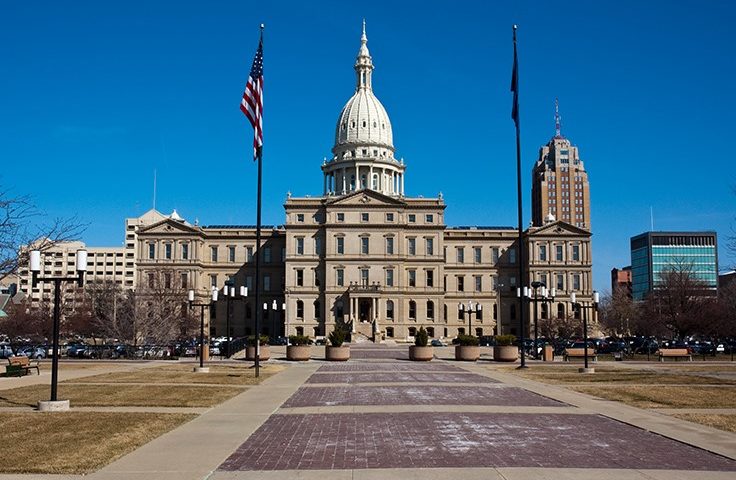 In an effort to standardize quality control in the hemp industry post-Farm Bill, the U.S. Hemp Authority launched a certification program to recognize companies that have taken steps to produce safe and accurately labeled hemp-derived products. While some business owners and stakeholders see this as a positive step forward for the newly legal domestic industry, others aren’t so sure.

For Annie Rouse, co-founder of hemp-derived CBD company Nature’s Hemp Oil, the U.S. Hemp Authority’s Certified Seal program was a way to show the public that the company takes the proper steps to provide safe and quality products.

Rouse has been involved in the hemp industry since 2009, when she began trying CBD products to alleviate some of her health issues. “Some of the products worked and some of them didn’t. Through that time, I started realizing the discrepancies in the market. One of the things I did to improve those discrepancies was start a brand that I knew I could trust and put my name behind, [knowing] that it was the quality products that I could feel comfortable consuming myself.”

Rouse views the U.S. Hemp Authority as a well-organized group, supported by some of the more renowned companies in the space that are known for their consistency and quality. “When you see large companies … really get behind it and show their support in terms of doing this certification, … then it really seemed like it was a good opportunity to follow the leaders in the space and be one of those leaders, as well, by coming forward and showcasing that we have standard operating procedures in place. … It was really a way to show that we had nothing to hide, and … the third-party certifying body that actually comes out, they’re a recognized third-party auditor. It had a lot of legitimacy behind it.”

Validus, the third-party certifying agent that performs the audit, is owned by Where Food Comes From, an organization that offers certification and validation services in the food industry. A Validus auditor visits the company’s facility to perform the inspection, and audits two steps back in the supply chain, as well, Rouse says.

Nature’s Hemp Oil had to answer several questions relating to standard operating procedures, such as employee practices, safety procedures and cleaning practices. Many of the questions are mandatory under the good manufacturing practices (GMP) outlined in FDA protocols, Rouse says. The company also had to provide information on batch records, recall procedures and record retention.

About two weeks after the audit, Nature’s Hemp Oil learned that it had passed. The company was responsible for covering the cost of the auditing services, as well as licensing the seal from the U.S. Hemp Authority, Rouse says.

“Once that’s all complete and you pass, then you receive the certification seal that then can be promoted on different marketing materials and on finished products,” she says. “In the sense of farmers and processors, you’d be able to use it on any sort of information that you might be giving, and on intermediate or raw material, as well.”

While Rouse sees the U.S. Hemp Authority’s work as a positive step forward for the industry, she acknowledges that more work is needed to educate regulatory bodies and lawmakers as they begin to regulate the market.

“There’s still a lot more that needs to be done with the FDA, making sure that the FDA understands that CBD derived from hemp products is a safe and legal food additive and dietary ingredient,” she says. “Right now, the FDA doesn’t view it as so. So, we need to make sure that the industry is taking proper steps to make sure that the FDA is educated … and legislators are educated, … so that we can all get on the same page and move forward to get hemp ingredients and hemp-derived CBD ingredients into the standard supply chain for food and dietary supplements once and for all, without any sort of ramifications. That momentum and that push will help to legitimize it. … And the U.S. Hemp Authority Seal definitely provides an avenue to push that momentum forward.”

However, Kight Law Offices’ Rod Kight says several of his clients contacted him following the launch of the U.S. Hemp Authority’s program to air concerns about the organization’s work in the space.

“The primary concern was that this was a certification program that was being marketed, for lack of a better word, as the certification program that was supported and created by the hemp industry,” Kight  says. “And yet the people who were contacting me were all major long-time players in the industry—professionals who have not been part of the program, have not been asked to provide comments and advice, or had offered some advice and comments and been either rebuffed or ignored. That was the overarching theme—that if this group wanted to put out a certification program, that’s one thing, but to pitch it as the hemp industry’s program was quite another.”

Kight authored an open letter, which was signed by 16 other industry stakeholders and formally issued on Feb. 17, to outline the reasons the group objects to the U.S. Hemp Authority’s Certified Seal program. (Read the full letter below.)

“I think the primary goal was to let the public know that this wasn’t a program that is unanimously accepted or endorsed by all the main players in the hemp industry,” Kight says. “A concern that we have is that this will be pitched to governmental agencies and to mainstream retailers as the certification program that is the one that the hemp industry itself has created, and that would essentially block any attempts to have an alternate one in place or one that is endorsed by the whole industry.”

Adriane Polyniak, owner of Bluegrass Hemp Oil, one of the companies that signed the open letter, entered the industry in 2014 to help her youngest son, who relies on hemp-derived CBD to regulate seizures that stem from idiopathic generalized epilepsy. Bluegrass Hemp Oil also operates as Kentucky Cannabis Company.

“We’ve seen, of course, tremendous growth in the industry, as a lot of CBD companies have, but definitely our motivation comes from other reasons, and we have a definite desire to see a quality program created,” Polyniak says. “One of the biggest concerns that we had was [the U.S. Hemp Authority says] it’s a program created by the industry, but they really didn’t look to the entire industry and people that had been leading in the industry to help build this program.”

The open letter outlines several issues that need to be addressed in any industry certification program in order to make it a legitimate program for the industry, Kight says.

“As the industry emerges, there are competing things,” he says. “On the one hand, it seems reasonable that there would be a certification program. It’s something that helps the industry move forward in a productive way and [shows] that we’re able to self-police, … and [it also helps] the consumer and the retailers to know how to identify products that are good. On the other hand, in the botanical space at large, there already are certification programs. The USDA … and the FDA are actively working on regulations, … so it certainly begs the question of whether or not an industry-specific certification program is even necessary.

“Why self-regulate and subject yourself to more regulations if you’re already going to have regulations, or if there’s already a larger body that encompasses what you’re doing with regulations that have been vetted for years, if not decades?”

If the industry does end up adopting a standard certification program, Kight says, it should be based on rigorous standards, and most of the people who reached out to him with concerns indicated that the U.S. Hemp Authority’s standards simply are not rigorous enough.

“I think they need to be … modeling themselves after the dietary supplement industry,” he says. “There is true third-party testing of products. Their products are being made in GMP-compliant facilities, and so on and so forth.”

Along those lines, Polyniak says that the program should differentiate products that use genetically modified ingredients, as well as those created with organic practices. “Not every product needs to be cultivated organically—we understand that—but there was no differentiation between the seals that were cultivating organically and those that weren’t.”

The country of origin should also be labeled on the products certified through the program, she adds. “There’s no differentiation between product that’s grown in the U.S. or product that is grown overseas and brought to the U.S. for bottling. Granted, if you wanted to still certify those companies, that’s fine, but it’s about the differentiation between the two, letting consumers know that the products they’re purchasing aren’t necessarily U.S.-based product, just from an overall consumer education standpoint.”

The U.S. Hemp Authority’s certification program also puts an unreasonable financial strain on the companies that participate, especially small farmers, Polyniak says. “States across the United States are enacting their hemp programs and there are already fees that are required of hemp farmers just to be able to cultivate. Now, they’re asking for additional fees … to be considered for a seal of approval. It just gets really expensive, almost so it’s a pay-to-play arrangement where it doesn’t allow for the success for the smaller companies, the entrepreneurial people, the mom-and-pops that maybe just want to create CBD product for their community or CBD-infused products to be able to grow that business. It’s kind of unfair for the smaller guys.”

Kight continues to receive calls and emails from industry stakeholders expressing their support of the letter, he says, and the U.S. Hemp Authority invited Kight to a meeting to vocalize its message.

“The open letter led to a very constructive public forum that we held in Anaheim, Calif., in March, the evening before the Natural Products Expo West convention,” says U.S. Hemp Authority President Marielle Weintraub. “We were able to address both the constructive, substantive advice within the letter, as well as the misstatements which were largely based on misunderstandings of our process. Best yet, several of the letter’s signees have joined the Authority’s Technical Committee that will develop our Guidance Plan 2.0, our long-contemplated effort to provide continued improvement of our program.”

In the meantime, Kight advises industry stakeholders to be vocal about what they believe hemp and CBD regulations should look like. “This is a really unique opportunity in time because … the USDA, … FDA, … state analog agencies, departments of agriculture and health and human services, they’re writing the rules right now. For people who are participating in the industry, I think it’s important for them to reach out and let these officials know what they think the rules should be. Five years from now—even a year from now—you won’t be able to do that.”

Polyniak is taking this advice to heart. “My son will depend upon this extract until the day he dies, and I want him to continue to be seizure-free and pharma-free, so we want to continue producing high-quality, full-spectrum extracts,” she says. “And in order to be able to do that, we need to improve some of the cultivation laws, not only in Kentucky, but also within the United States.”

Weintraub says the U.S. Hemp Authority is more than willing to incorporate the industry’s feedback into the next iteration of its program. “With growing industry input, we are even more excited about fulfilling our mission to provide high standards, best practices and self-regulation for the hemp industry, providing consumers and law enforcement added confidence that hemp and hemp products are safe and legal.”