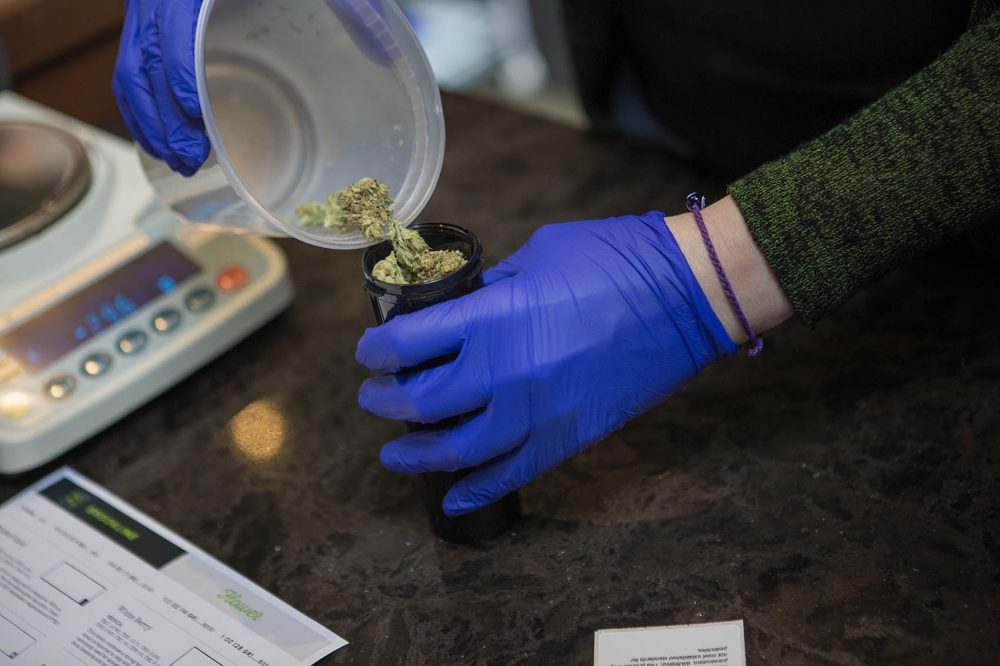 Less than 24 hours after the Cannabis Control Commission activated its licensing portal on Monday, more than 200 hopefuls have begun their applications for recreational marijuana businesses.

It’s the first major step toward the opening of the first adult-use cannabis retail stores on July 1.

Shawn Collins, executive director of the commission, told commissioners Tuesday morning that 218 applications were started, and that the new online system was working well.

“There were no blips. There was no stress. So we are very confident that as folks continue to interact with our system, it will perform as expected,” Collins said.

The commission is rolling out licensing in a tiered format, with active and provisional registered medical dispensaries (RMDs) as well as so-called “economic empowerment” applications, from businesses located in mostly minority communities disproportionately affected by the war on drugs, allowed to apply first. Other applicants will be able to apply throughout the spring, with the entire licensing process open by June 1.

Collins speculated those 28 applications were from curious individuals who wanted to have a first-hand look at the new licensing portal, and he even confessed one of the withdrawn applications was his, as he wanted to make sure the system works. Twenty-two applications are now complete and are awaiting commission action which should come in the next few weeks.

Commission Chair Steven Hoffman said he is generally pleased with the initial rollout.

“We were trying hard not to set expectations,” Hoffman said after the commission’s weekly meeting. “I thought it was a good number, but I did not have a specific number in mind. I’m just happy that it’s substantial, and the system has performed as expected.”

Applicants seem pleased as well with the portal and its unveiling.

“Our members thought that the portal was accessible, open and transparent,” said David Torrisi, executive director of Commonwealth Dispensary Association, which represents several RMDs, many of which are planning to co-locate a retail dispensary when adult-use sales are allowed.

“They felt that it was a pretty smooth process to get through,” Torrisi added, “and I think the commission has done a great job in getting this all up and running in such a short period of time.”

In other business, the commission set in motion procedures that will eventually place their permanent state headquarters in Worcester, with a satellite office in Boston.

Since late last year, the commission has been operating out of temporary quarters in a high rise office building in Boston’s financial district.

“This is a statewide agency,” said Collins. “It’s important that we operate around the state and are expected to be around the state, and having a location really in the central part of the state will allow us to get to every corner of the Commonwealth with relative ease.”

He also pointed out there are cost efficiencies associated with housing its operations in central Massachusetts.