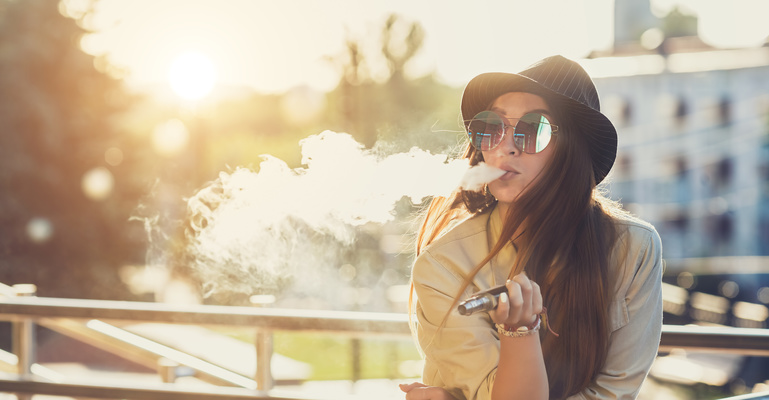 As TSI reported earlier this week, Oregon just became the first U.S. state to legalize the exporting of cannabis to other states with legalized cannabis usage.

According to Adam Smith, founder/director of Craft Cannabis Alliance – and one of the bill’s co-authors – half of Oregon’s pot-consuming adults “get their weed for free from friends and family”. Smith offered further insights in the Merry Jane article.

“The goal of the campaign was not to pass this bill. The goal was to get multiple state governors to call on the federal government to allow us to transport product.”

While other states can now be expected to start drafting their own provisions here, the ball is clearly in the federal government’s court. Here signs are somewhat encouraging.

As TSI reported last week, Congress has voted to block enforcement of federal anti-cannabis laws with respect to legal usage in states that have passed such laws. It also protects legal cultivation operations.

It’s not a large leap to envision Congress passing similar provisions with respect to state-to-state cannabis commerce between states that have legalized cannabis.

[emphasis mine]
Sure enough, this same week, two Representatives from Oregon have tabled a bill to legalize interstate shipments of cannabis between cannabis-legal states.

As noted in an opinion piece published by Forbes on June 27, 2019, the United States has (to date) been taking a “toe-in-the-water approach” to cannabis normalization.

The article’s author strongly suggested that one particular cannabis Dinosaur may obstruct any truly progressive legislation at the federal level.

“…And another thing is, everyone keeps forgetting that Mitch McConnell is the one calling the shots on Capitol Hill right now. He’s the only reason industrial hemp production went legal nationwide, but he is not a fan of weed, man. So, if that guy gets reelected next year, the only way this country is going legal anytime soon is if he, all of a sudden, decides it’s a good idea or just drops dead. But he’s the grim reaper, or so he says. So, what can I tell you, McConnell might be in control of the Senate until the second coming of Christ. All I know is he is never going to support marijuana legalization as long as it is on the Democrat’s agenda.”
The question is: can Republicans afford to be seen as the cannabis obstructionist party, with the 2020 election cycle already underway?

TSI just reported on the most recent sentiments of Americans with respect to cannabis legalization. The takeaways from that article went beyond noting that support is rising among all political demographics and age groups.

It was also very illuminating to see where opposition to cannabis legalization was falling the fastest.

Opposition among Republicans has plummeted by 11% in just one year

We’re seeing more than just a gradual erosion of opposition among Republican voters. This is a sea change. As of April 2019, only 37% of Republican voters oppose full cannabis legalization.

Meanwhile, support among Democrats is now at 80%. At the rate that opposition is falling among Republicans, by November 2020, Republican support for cannabis legalization could also be approaching that 80% figure.

Are you listening, Mitch McConnell?

Cannabis legalization is here to stay and is spreading among U.S. states. Interstate cannabis commerce is inevitable, sooner or later – and it could very well be sooner.

As TSI also noted in that earlier article:

Investors will be keenly watching this development.

U.S. multi-state operators (MSO’s) have already been drawing a lot of interest from cannabis investors. But such companies can’t fully capitalize on potential synergies with state borders closed off to any shipments of cannabis and cannabis-derived products.

Any further movement on the political front should be an immediate catalyst for MSO valuations. Allowing state-to-state movement of cannabis products would be a game-changer for these companies – and the U.S. cannabis industry as a whole.

The pressure is now on Congress to allow interstate cannabis commerce among cannabis-legal states. Beyond that, this increases pressure to end the (ridiculous) classification of cannabis as a Schedule 1 drug.

Once that happens, all other regulatory obstacles for the legal cannabis industry will quickly disintegrate.