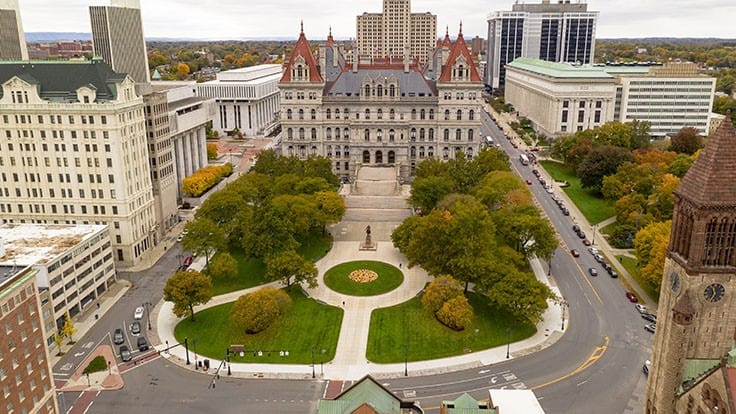 New Mexico lawmakers concluded their 60-day legislative session March 20, but Gov. Michelle Lujan Grisham decided their work is not done without an adult-use cannabis bill on her desk. The Democrat executive announced Friday, March 26 that she will call the legislature into a special session on March 30 to take care of the unfinished business.

House Bill 12, which cleared the lower chamber of the state legislature, 39-31, on Feb. 26, would legalize adult-use sales and consumption for those 21 and older, allow possession of up to 2 ounces of cannabis flower or 16 grams of cannabis extract, levy a 12% excise tax on cannabis and provide reinvestments toward communities disproportionately affected by prohibition.

But the Senate ran out of time to act, as the upper chamber postponed floor debate on the measure to focus on other bills, according to the Associated Press. At the conclusion of the 60-day session, Lujan Grisham said rushing through amendments in the final hours of a session, when there’s a mountain of work to be done, is not the right way to accomplish something of the magnitude as adult-use legalization.

As a result, she called the March 30 special session to take up a pair of economic and job creation items that were left unfinished: legalizing adult-use cannabis and expanding the Local Economic Development Act (LEDA), Lujan Grisham announced in a press release Friday.

“I am grateful to those legislative leaders and members who have expressed enthusiasm about returning to the people’s work so soon after a challenging 60-day session,” she said. “The unique circumstances of the session, with public health safeguards in place, in my view prevented the measures on my call from crossing the finish line. While I applaud the legislature and staff for their incredible perseverance and productivity during the 60-day in the face of these challenges, we must and we will forge ahead and finish the job on these initiatives together for the good of the people and future of our great state.”

With a bipartisan agreement on the importance of the legalization initiative—lawmakers from both parties approached a balanced compromise measure in the final hours of the 60-day session—Lujan Grisham intends to see through final passage of the potentially significant economic driver, she said.

According to Rep. Javier Martínez, who sponsored H.B. 12 with Reps. Andrea Romero and Deborah A. Armstrong, economic projections indicate that adult-use legalization would create more than 11,000 jobs and generate $28.6 million in tax revenue in the first year of implementing a program, which H.B. 12 aimed to have launched no later than April 1, 2022.

But House Republicans criticized the governor’s special session effort as frivolous and disrespectful in the run-up to Good Friday and Easter celebrations in a heavily Roman Catholic state, according to the AP.

In response to the governor’s announcement, Emily Kaltenbach, senior director for Resident States and New Mexico at the Drug Policy Alliance, said the special session offers New Mexicans another chance to make sure equity and justice are center to the legalization.

“New Mexicans may not have to wait much longer to reap the benefits and justice cannabis legalization will provide—especially to Hispanic/Latinx, Black, Native and Indigenous communities, who have been disproportionately impacted by prohibition,” she said.

“We have been working around the clock to ensure that the racial justice and equity provisions, public health priorities, and medical cannabis patient protections will be included in the special session cannabis legalization package,” Kaltenbach said. “New Mexicans are ready to see marijuana legalization become a reality in the state, but they have made it clear that repairing the damage done by the drug war is non-negotiable.”

Nearly 75% of New Mexicans approve of cannabis legalization with provisions in place to ensure tax revenue is reinvested back into communities, including 94% of Democrats, 93% of Independents and 46% of Republicans, according to the Drug Policy Alliance.

This will be the third special session of the legislature Lujan Grisham has called, according to the governor’s press release. The first, in June 2020, encompassed an emergency agenda related to the COVID-19 pandemic, among other items. The second, in November 2020, included taking up a $330 million emergency relief package related to the pandemic.