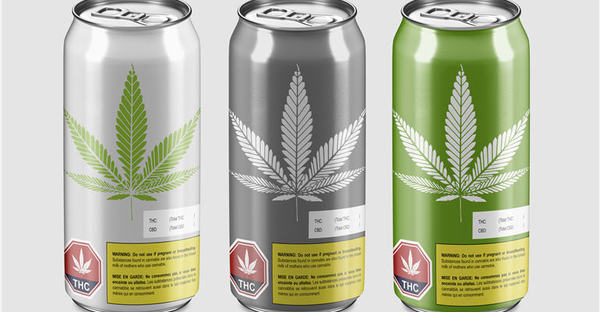 As reported earlier today by The Seed Investor, on Thursday Congress voted to block enforcement of federal anti-marijuana laws in cannabis-legal states.

The Political Director of the National Organization for the Reform of Marijuana Laws (NORML), Justin Strekal didn’t mince words in commenting on this historic vote.

“This is the most significant vote on marijuana reform policy that the House of Representatives has ever taken. Today’s action by Congress highlights the growing power of the marijuana law reform movement and the increasing awareness by political leaders that the policy of prohibition and criminalization has failed.”

The vote was significant in several respects.

For the cannabis industry, this should be a significant shot-in-the-arm in states that have legalized cannabis. It will also encourage other cannabis-resistant state governments to reconsider their opposition to legalized cannabis.

Colorado recently announced logging over $1 billion in state taxes and fees from legalized cannabis. Very few of the U.S.’s cash-strapped state governments can continue to refuse to embrace those tax dollars.

It will also encourage voters to punish governments (and politicians) who remain in opposition to legalized cannabis – at the ballot box.

At the same time, other recent news on the legislative front shows that there is still a very long way to go in both fully legalizing cannabis in the U.S. and (more importantly) normalizing cannabis usage in our societies. Both the mainstream media and some politicians continue to ignorantly portray cannabis as being somehow dangerous.

As TSI regularly notes, cannabis is a completely safe substance.

Cannabinoids, the active ingredients in the cannabis plant are produced naturally in the human body. Known as “endocannabinoids” medical science now understands that these cannabinoids help to promote and regulate human health.

Mothers naturally pass cannabinoids to their infants in mother’s milk. Cannabinoids are good for us.

Cannabis has already been hailed as a potent medicine, now used in the treatment of thousands of medical conditions. As a recreational drug, cannabis carries virtually none of the health risks associated with either alcohol or tobacco.

Consumers are already indicating a strong desire to move away from the consumption of toxic/addictive alcohol in favor of non-toxic/non-addictive cannabis. Globally, alcohol is a $1 trillion per year industry.

Alcohol sales are in decline due to the rising health risks associated with alcohol usage. This prompted the recent warning from the CEO of Molson Coors (US: TAP), Mark Hunter.

Molson Coors’ CEO expects that cannabis beverages will be a $3 billion sector in Canada, and the company has warned shareholders that legal cannabis is a threat to beer companies’ profit margins. The North American beer giant plans to sell a variety of cannabis drinks in accordance with Canada’s new regulations, starting on December 16th, the earliest date possible, before moving into the United States, with a line of CBD beverages. [emphasis mine]

Yet despite the investment opportunities in cannabis, massive anti-cannabis ignorance remains – at both the political level and within the mainstream media.

This prejudice and ignorance toward cannabis was fully on display as the state of New York once again failed to push through a cannabis legalization bill. As success or failure of the bill hung in the balance, the NY Times posted an anti-cannabis article based upon nothing but vacuous pseudo-science.

The gist of this anti-cannabis propaganda is that somehow, supposedly, legalizing cannabis is now worsening the Opioid Crisis.

TSI already debunked this nonsense. Cannabis is a completely safe substitute for opiates. It’s so safe that it can be consumed with opiates as opioid users attempt to wean themselves off of those killer drugs.

The (real) science is unequivocal.

Patients using medical marijuana to control chronic pain reported a 64 percent reduction in their use of more traditional prescription pain medications known as opioids, a University of Michigan study finds. [emphasis mine]

It’s impossible to worsen the Opioid Crisis by legalizing cannabis. It can only have a positive impact.

The meaningless pseudo-science reported by the NY Times (and elsewhere in the mainstream media) was based upon nothing but a simplistic correlation. And look upon the anti-cannabis ignorance on display within the New York legislature.

Sen. Andrew Lanza (R-Staten Island), however, said that while unequal enforcement is wrong and he doesn’t want to see anyone arrested for smoking marijuana, no one is talking about the health and public safety concerns of legalizing marijuana.

“No one is talking” about supposed “health and public safety concerns” regarding cannabis because there aren’t any.

Yes, NY State was trying to say “it’s OK to do it” – because it is. If consumers switch from the consumption of dangerous tobacco/alcohol products in favor of cannabis, this will save lives.

No, legalizing cannabis in NY state would not have hurt anyone, except New York’s cannabis black market.

It’s two steps forward and one step back today for legalized cannabis in the United States and the legal cannabis industry. While many (positive) steps have already been taken, many more remain.