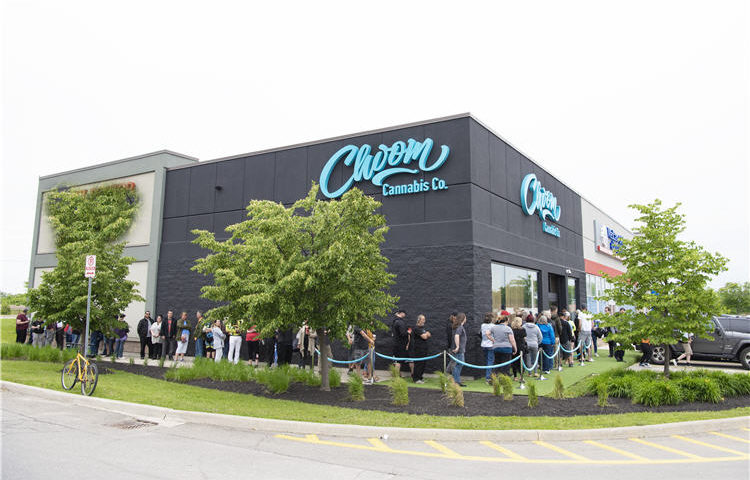 The Seed Investor has already shined a spotlight on retail cannabis in the province of Ontario, Canada’s largest province. With a population of over 14 million, we noted that at the time, Ontario only had 10 retail cannabis dispensaries (and now 11).

That’s only one cannabis dispensary per (roughly) 1.3 million people. In comparison there is Alberta, Canada’s most successful province in opening cannabis retail stores. In the city of Calgary alone (population 1.5 million), there are more than 50 retail dispensaries either already open or under development – 1 per 30,000 residents.

Not surprisingly, these retail stores are having a big impact on Ontario cannabis demand. What may surprise some investors is just how large this impact has been. A June 24, 2019 article from Global News splashes some astounding numbers.

Ontario was the only province to only offer online cannabis sales until April 1, when a handful of stores opened.

Let’s emphasize this point. Within a population of 14 million people, “a handful” of retail outlets resulted in more than a doubling of legal recreational cannabis sales in just one month.

Who could have predicted this? The Seed Investor. In a June 10th TSI Exclusive, we explained the dynamics here to cannabis investors.

The cannabis plant is the world’s most versatile and potentially valuable plant species. It is also incredibly complex.

The plant contains roughly 100 (known) cannabinoids, the active ingredients in the cannabis plant. In addition, it contains numerous “terpenes” and other molecular structures.

When regular cannabis consumers purchase cannabis – either medicinally or recreationally – they want to shop in person, like they do when purchasing fresh produce. This means retail storefronts.

There is a second reason why cannabis consumers have a strong preference for shopping in person rather than online. Discretion.

Thanks to a century of cannabis Prohibition, many public and private sector employers still harbor irrational phobias and prejudice towards cannabis. They ban their employees from consuming cannabis even after working hours.

Sure enough, Ontario (finally) starts opening cannabis retail outlets and cannabis consumers line up to shop. The latest example of this is with Ontario’s 11th and newest dispensary, in the Niagara Falls Region.

Owner Choom Holdings (CAN: CHOO / US: CHOOF) reported over $49,000 in sales on its opening day. That projects to annual sales of roughly CAD$18 million.

Under the online system, sales ranged between $7 million and $8 million a month. With even a few stores opening, that number quickly soared, reaching $19.6 million for April.

Only a few stores generated retail cannabis sales of over CAD$11 million in Ontario – in one month. How do cannabis investors capitalize on Ontario’s Green Rush?

More than six months after the national legalization of cannabis in Canada, Canada’s largest province is just beginning to open up a retail cannabis industry. As further dispensaries open and Ontario’s residents start to enjoy adequate access to retail cannabis, sales figures can be expected to leap to multiples of the CAD$19.6 million reported from “a handful of stores” in April.

In the meantime, cannabis investors can be expected to keep a close eye on Ontario’s cannabis “lottery” picks – looking for more winners.

DISCLOSURE: Choom Holdings Inc. is a paid client of The Seed Investor.