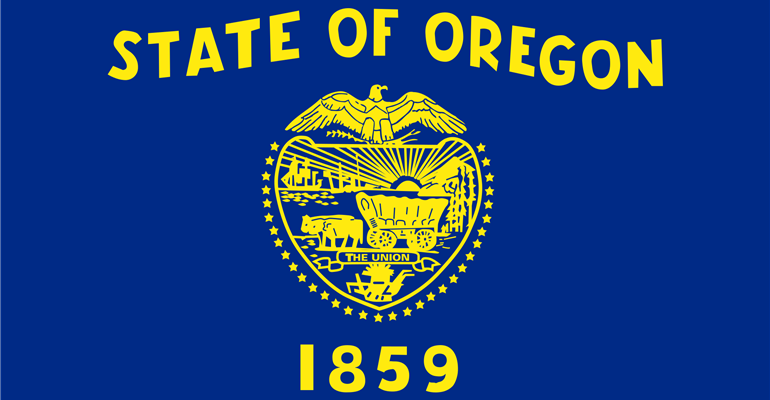 Somebody had to be first.

“This is a very strong statement by the Oregon Legislature, and one that will reverberate across the country. The future of this industry is that cannabis will primarily be grown where it grows best, and most efficiently, and most sustainably. That’s what functioning legal markets do.”

Put aside where cannabis actually grows the best. Eliminating interstate barriers to cannabis commerce would arguably be the single most important regulatory change for the U.S. cannabis industry beyond cannabis legalization itself.

Investors will be keenly watching this development.

U.S. multi-state operators (MSO’s) have already been drawing a lot of interest from cannabis investors. But such companies can’t fully capitalize on potential synergies with state borders closed off to any shipments of cannabis and cannabis-derived products.

It’s hardly surprising that Oregon has become the first state to make a move here.

As most cannabis investors know, Oregon’s wide-open licensing of cannabis cultivation operations has led to an enormous glut of dried flower across the state. The numbers illustrate the magnitude of this problem.

Oregon has a population of less than 3.5 million adults. But it’s currently sitting with approximately 1.3 million pounds of unsold cannabis that is “literally withering and rotting away in storage”.

According to Adam Smith, founder/director of Craft Cannabis Alliance – and one of the bill’s co-authors – half of Oregon’s pot-consuming adults “get their weed for free from friends and family”. Smith offered further insights in the Merry Jane article.

“The goal of the campaign was not to pass this bill. The goal was to get multiple state governors to call on the federal government to allow us to transport product.”

It takes two to tango. And it takes (at least) two parties for cannabis interstate commerce to become a reality in the U.S. One to sell; one to buy.

On top of this, the federal government needs to, at a minimum, get out of the way, and preferably provide some level of regulatory structure and guidance for an interstate cannabis trade.

If the federal government chooses to play an active and constructive role in facilitating such commerce (there’s a first time for everything), then such a state-to-state cannabis trade could potentially occur anywhere.

With railroads under federal jurisdiction, a national framework for shipping cannabis products between states means that trade could be conducted between non-adjacent states. Even if states situated between trade partners still prohibit cannabis use/sales, any cannabis cargoes shipped by rail would be immune from state intervention.

While other states can now be expected to start drafting their own provisions here, the ball is clearly in the federal government’s court. Here signs are somewhat encouraging.

As TSI reported last week, Congress has voted to block enforcement of federal anti-cannabis laws with respect to legal usage in states that have passed such laws. It also protects legal cultivation operations.

It’s not a large leap to envision Congress passing similar provisions with respect to state-to-state cannabis commerce between states that have legalized cannabis.

This will cause many cannabis investors to immediately take another look at cannabis MSO’s – particularly those already active in Oregon. From the larger, established players like Curaleaf Holdings (CAN: CURA / US: CURLF) and SLANG Worldwide (CAN: SLNG / US: SLGWF) to up-and-comers like IONIC Brands (CAN: IONC / US: ZRRRF) and Golden Leaf Holdings (CAN: GLH / US: GLDFF), everyone stands to benefit from opening up state borders.

The evolution of cannabis commerce is a multi-stage process.

We live in an era of Globalization where almost anything can be shipped freely between nations. Yet non-toxic/non-addictive cannabis – the world’s most versatile plant species – can’t even be moved within the U.S. from state to state.

As cannabis Prohibition dies a long overdue death, we may be finally inching toward “cannabis free trade”.

DISCLOSURE: IONIC Brands is a paid client of The Seed Investor.