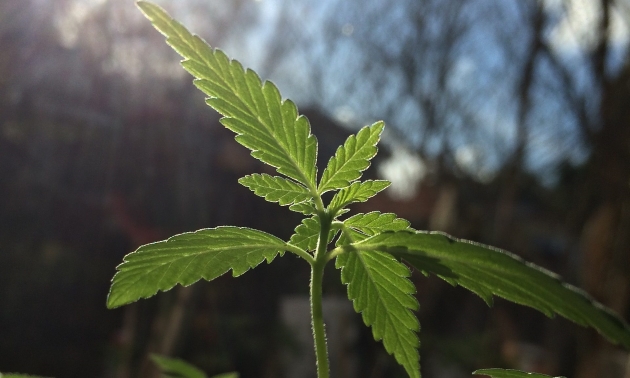 People from a diverse range of cultures have been using marijuana for thousands of years—in different forms and for different purposes. And a recent study published in the Journal of Cellular Physiology offers a comprehensive look at humanity’s fascinating relationship with cannabis over long periods of time.

Via the Journal of Cellular Physiology.

The study covers a lot of ground and is worth a read, but here are some of the stand-out facts that the team of Italian researchers identified in their paper:

—Cannabis seeds macrofossils were found attached to pieces of broken ceramic in central Japan dating back about 10,000 years.

—Shen Nung, a Chinese emperor around 2,700 BCE who is also considered the father of Chinese medicine, reportedly regarded marijuana as a “first-class herb” that was not dangerous.

—According to Verdic texts from around 800 BCE, cannabis was used in religious rituals but also for its “analgesic, anesthetic, antiparasitic, antispastic, and diuretic properties” and “as an expectorating agent, as an aphrodisiac, to treat convulsions, to stimulate hunger, and to relieve from fatigue.”

—Marijuana was considered a “holy plant” in Tibet and was used in Tantric Buddhism to “facilitate meditations.”

—Archeologists have discovered remnants of cannabis in the graves of Scythians, an ancient group of nomadic warriors, in Germany, Siberia and Ukraine, dating back to about 450 BCE.

—Marijuana pollen was also found in the tomb of Ramsés II, one of the most storied pharaohs of Egypt.

—Galen, one of the most famous Greek physicians in the Roman empire, warned about “an excess consumption of cakes containing hemp seeds,” which were apparently popular during banquets. People ate the cakes for “their property to induce relaxation, hilarity and euphoria, but with the collateral effect to induce thirst, sluggishness and a difficulty to digest.”

—Pope Innocent VIII issued a papal bull in 1484 that condemned cannabis, calling it an “unholy sacrament of the satanic mass.”

—In eastern Europe, cannabis was a common ingredient in popular medicine. For example, people would mix hemp flowers and olive oil and put it on wounds. The mixture was also “combined with hemp seeds oil for rheumatisms and jaundice.”

“Plurimillennial history of Cannabis medical use teaches us all we should know about its pharmacological potential and the pathologies that would mainly advantage from its application,” the researchers wrote. “All we must do now is [invest] our efforts into informative research, collecting more statistically significant data and conclusive scientific evidence about both its medical benefits and negative effects.”