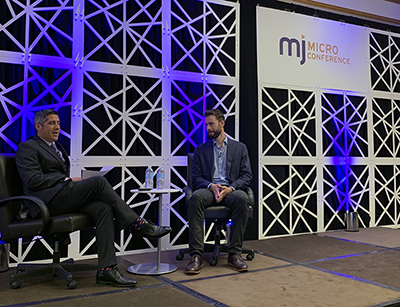 In April, Canopy Growth Corp. and Acreage Holdings landed major headlines in the international business press: The companies were announcing a $3.4-billion acquisition (Canopy to buy out Acreage), contingent upon the U.S. reforming its cannabis laws. Canopy paid $300 million in upfront cash to secure the deal, and, suddenly, the parameters of the North American cannabis market had shifted.

Shareholders of both companies formally approved the agreement June 19. Among Acreage shareholders, the deal was approved almost unanimously.

“This is a clear referendum by our shareholders on the enormous benefits of the arrangement with Canopy Growth,” Acreage Holdings CEO Kevin Murphy said, “and I would like to thank all shareholders for their continued support.”

At the moment, the Canopy-Acreage deal shows where big business trends are taking the fragmented global cannabis market. While the U.S. has not yet legalized or even sanctioned the production and sale of cannabis products (and, thus, neither have its public stock exchanges), cannabis businesses based in Canada have gone ahead and forged forward-looking partnerships with American businesses. And while the industry saw Constellation Brands invest $3.8 billion into Canopy Growth last year, the Acreage acquisition is a bolder move between two sprawling cannabis businesses on either side of the border.

Andy Lytwynec, vice president of U.S. strategies at Canopy Growth, spoke at the MjMicro Conference in New York City this week about how the deal came to take shape and what the two companies are watching on a regulatory level. Lytwynec formerly worked with Constellation Brands, helping to craft that earlier investment.

But with no real precedent for the Canopy-Acreage deal, there were plenty of questions.

“We built enough runway into the deal that there’s not a lot of risk there,” Lytwynec said, alleviating any concerns that the U.S. may be slow to legalize cannabis.

While much of the news cycle around this deal pointed to federal legalization in the U.S. as a trigger event for the merger, Lytwynec said the more appropriate phrase would be federal “permissibility.” It’s still unclear what federal cannabis reform in the U.S. will look like. A federally regulated adult-use market? A Tenth-Amendment states’ rights approach? Passage of the SAFE Banking Act and little else?

According to a June 27 press release from the two companies, the phrasing describes the “triggering event” like so: “…a change in federal laws in the United States to permit the general cultivation, distribution and possession of marijuana (as defined in the relevant legislation) or to remove the regulation of such activities from the federal laws of the United States.”

Lytwynec predicted that the Republican majority in Congress could fast-track something before the 2020 general election. He admitted that there’s no way to predict any of this, but the Republican party could certainly remove the cannabis card from Democratic presidential candidates’ hands during the campaign season.

All of that remains an uncertainty. Lytwynec said that Canopy didn’t want to wait around for political developments to land a partner in the U.S. The pace of the industry is fast, and there’s no doubt that a land grab is under way.

The in-depth conversations mirrored how Canopy worked with Constellation Brands, a U.S.-based company that produces Corona beers and Robert Mondavi wines. When the beverage behemoth invested its billions in the Canadian licensed producer, Lytwynec said that Constellation was undergoing its own evolution in thinking about where the market was headed.

The two companies then worked together, which Lytwynec called “the best form of diligence.” That cooperation, in many ways, led to the structural outline of what a deal might look like with a U.S.-based cannabis company. Acreage Holdings has a 20-state footprint in the U.S. with licenses to operate 80 dispensaries (under The Botanist branding).

For now, Canopy and Acreage have a head start in learning how the two companies will work together. Acreage will serve as Canopy’s exclusive platform for U.S.-based acquisition deals, which means there’s more to come. And until the U.S. reforms its cannabis laws, the two companies have an even greater head start: Investments and M&A activity are flowing, well before a functional federal marketplace is even up and running.

And, clearly, the two companies have demonstrated a reach for deeper global connections and brand partnerships.

“I really do think it comes down to people and teams,” Tyson Macdonald, executive vice president of corporate development at Acreage Holdings, said at the MjMicro Conference. “We think about the world in similar ways.”

Canopy Growth CEO Bruce Linton followed up in a press release this week: “In leading an industry that is full of firsts, this agreement is moving both Acreage and Canopy Growth into unprecedented territory of strength. Giving their team access to all of the key learnings we’ve gleaned over the last few years, will in turn create a truly turnkey entry point into the U.S. market and deepen the value returned to our shareholders once we are federally permitted to close.”