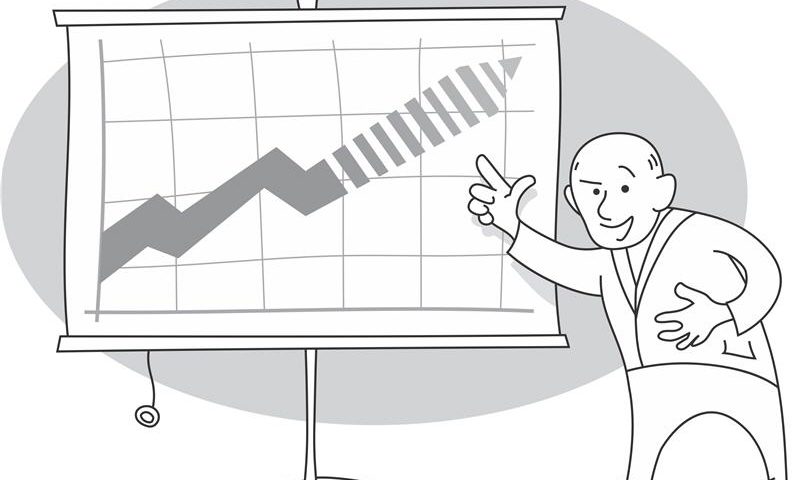 The Economics of Cannabis

The economics of cannabis could not be simpler. All it takes is to first spend a few moments thinking.

Thanks to nearly a century of cannabis Prohibition, the legal cannabis industry is artificially beginning from scratch.

Thanks to nearly a century of cannabis Prohibition, the cannabis black market is an efficient, well-established, multi-billion dollar enterprise.

Therefore, the legal cannabis industry requires a regulatory structure that will make it fully competitive with the cannabis black market.

A recent article from Canada’s CBC attempted to make this point.

Only governments can solve the Canadian illicit pot crisis

Economists told governments how to wipe out the black market. They didn’t listen.

Economists (with rare exceptions) are dim-witted ivory tower clods. A 20-year academic study of the forecasting of such “experts” found their accuracy was only marginally better than a dart-throwing chimp.

What the CBC should have said is this. The economics of cannabis are so simple and obvious that even an economist can understand it.

While the legal industry battles to grab market share from their illicit competitors, economists could have told them this would happen.

And not just “could have.” Economists did tell them. In April 2017, long before cannabis became legal on Oct. 17, 2018, economist Rosalie Wyonch, a policy analyst with the C.D. Howe Institute, was one of those who had a warning for governments expecting to get rich from legalized pot.

“If the government taxes marijuana heavily,” she wrote in an open letter to Bill Blair, the federal cabinet minister who led the way on Canada’s pot policy, “it will ensure the continuation of the black market and will be undermining its efforts to control the substance.”

Despite this simple and obvious Big Picture, the legal cannabis industry in North America continues to be dysfunctional (to be polite).

Why? Because residual ignorance and anti-cannabis biases continue to linger at the political level. Common sense is almost non-existent.

This results in politicians continually undermining rather than assisting the legal cannabis industry in displacing the black market.

At both the national and state/provincial level, (most) governments are strangling the legal cannabis industry with red tape: procedural hurdles, compliance issues, security checks.

At both the national and state/provincial level, governments are then burdening the legal cannabis industry with additional taxes and fees – making it impossible to be price-competitive.

Restricting the number of cannabis retail outlets or just refusing to license any legal cannabis businesses accomplishes only one thing: crippling the legal cannabis industry.

In the tiny, propaganda-warped minds of the politicians, they are still “protecting us” from cannabis. Case in point, Canada’s clueless pot czar, Bill Blair.

“It’s not the government’s intention to promote the use of this drug but rather to make it legally available in a well-regulated manner to reduce the social and health harms often associated with cannabis use.”  [emphasis mine]

The supposed “social and health harms” that Blair claims are “often associated with cannabis use” are non-existent. Just anti-cannabis propaganda.

Cannabis is non-toxic and non-addictive. No one has ever died from a cannabis overdose. Cannabinoids are produced naturally in the human body and are essential to human health.

The only “harm” that has ever been “associated” with cannabis is the black market that our governments created when they needlessly criminalized cannabis.

Canadians don’t need to protected from cannabis. They only need to be protected from the stupidity and corruption of their political leaders with respect to cannabis laws.

Sensible governments should “promote the use” of cannabis as a much safer alternative to alcohol and/or tobacco products. It could save billions of dollars each year in healthcare costs, not to mention the savings in human lives.

Instead, idiot-politicians in Canada refuse to allow the cannabis industry to advertise, hiding it from consumers. They create ridiculous “potency limits” for cannabis products that have no scientific basis.

The federal government taxes medicinal cannabis, providing an economic incentive for Canadians to purchase their medicine from the black market. Then Health Canada has a hissy-fit when a Canadian LP is discovered supplying cannabis to the same black market.

Quebec’s provincial government has gone even farther with its irrational anti-cannabis paranoia.

The provincial government recently raised the legal age for cannabis consumption from 18 to 21. This won’t stop young adults in Quebec from purchasing and consuming cannabis. It will simply force them to buy their cannabis illegally.

In Ontario, the provincial government spends half its time discovering new ways to lose taxpayer dollars on legal cannabis. And it spends the other half of its time thinking up new excuses and delays in opening retail cannabis stores.

The situation is even worse in the United States.

In the Land of Anti-Cannabis Idiots, cannabis is still legally equated with heroin at the federal level. As a direct result of this regulatory vacuum, thousands of Americans have become ill and dozens have died from tainted black market cannabis vaping products.

Is Congress fast-tracking national cannabis legalization so that the federal government can fill this regulatory vacuum and nationally regulate/inspect cannabis consumer products as soon as possible?

The Democrats just voted on a partisan bill in the House that they are calling “marijuana legalization” (U.S. politicians have a mental block that prevents them from saying the word “cannabis”).

And this partisan bill has absolutely zero chance of making it through the Senate.

The Republicans? They are doing nothing at all.

At the state level, governments are reluctantly legalizing cannabis – generally only when forced to do so by voter ballot. Then state politicians (cowardly) allow local governments to “opt out” of cannabis legalization.

Thanks to the enormous cannabis black market created by our governments, local governments can’t “ban cannabis”. They can only ban legal cannabis – and thus preserve that jurisdiction for the black market.

Even an economist can understand that.

Cannabis use is not merely safe, it is healthy. The cannabis plant is without question the world’s most commercially versatile crop, especially once the hemp sub-species is factored into the equation.

Our leaders should be bending over backwards to support the legal cannabis industry – for the potential tax revenues alone (from moderate taxation). Instead, they continue to undermine the legal industry at every turn.

The economics of cannabis is simple.

By refusing to do (a), the politicians are failing to do (b), and throwing away (c).