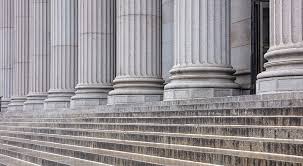 The Green Lady Dispensary Navigates First Year in Nantucket in the Age of Social Distancing: The Starting Line

Virginia, once a conservative stronghold, positioned itself to make history this month by becoming the first traditionally “Southern” state to legalize cannabis, possibly as soon as this summer. On Feb. 5, both chambers of the state’s General Assembly passed their own legalization bills that would also establish a state-run market and licensing system.

But Virginia is running into some of the same challenges as other states pursuing legalization: disagreements over license types, penalties for minors and the timing of the law’s implementation. Industry advocates are also concerned that more conservative elements of the state legislature will prevent equitable legalization in Virginia.

Part of the state’s decriminalization bill signed by Democratic Gov. Ralph Northam in May 2020 directed the legislature to create a work group to study the possibility of legalization. Last month, Northam unveiled a legalization bill co-sponsored by multiple state legislators.

Two separate state legislative bills to legalize cannabis—HB2312 in the House and SB1406 in the Senate—have already passed. But the differences between the two bills must be resolved into a single resolution for Northam to sign. And that’s where things get tricky.

Where are things now?

“We’re at crossover. … The next thing that comes is conference,” said Chelsea Wise, founder of advocacy group Marijuana Justice, in a phone interview with Cannabis Business Times and Cannabis Dispensary.

She explained that the conference stage will involve private meetings between delegates from both the House and the Senate to resolve issues between the two bills, as well as changes to Northam’s initial legislation.

“We have two different versions of the bills and they are very different,” Wise said. She highlighted the ideological contrasts between the state’s relatively progressive House and its more conservative Senate. “[The State Senate] thinks we are moving too fast too soon.”

Wise and others have highlighted several key issues that need to be addressed for the state to achieve equitable legalization.

Under the bill’s current structure, 30% of tax revenue from legal cannabis sales in Virginia would go to the state’s Cannabis Reinvestment Fund, a program to provide scholarships, training and workforce development opportunities in areas hit hardest by prohibition. Wise and other advocates like the ACLU of Virginia believe that figure is not high enough.

“We have taken livelihood from people, and that means we owe people money. … Only allocating 30% of the tax revenue to our reinvestment fund is an offensive offer,” she said. “We are pushing for 70% of those tax revenues to go back into the communities for grants, loans, for programs. … If we can’t even allocate at least a majority of the tax revenue to the people we have harmed now for generations, we are not actually serious about reconciling anything with Black people here in Virginia.”

Early versions of the bill required that people who are under 21 and caught with cannabis must pay a fine and attend mandatory substance abuse classes. Some believe that the penalty for underage possession should be in line with the state’s penalties for underage possession of alcohol, currently punishable by a Class 1 misdemeanor. Other legislators believe that type of alignment is too harsh.

“We need to get that kid into some help, into some counseling—not jail,” said State Sen. Creigh Deeds, speaking about minors who are caught with cannabis.

State oversight of the industry

Northam has been vocal about wanting to achieve legalization during his term, which ends in January 2022. But the clock is ticking: State law in Virginia mandates that governors cannot serve consecutive terms, giving Northam less than a full year.

“I think we’re taking a responsible course. This is something that won’t happen overnight,” said State Sen. Adam Ebbin, sponsor of the Senate’s legalization bill.

“This thing is a 1,000-pound monster with tentacles that reach everywhere,” agreed State Sen. Scott Surovell during a subcommittee hearing.

“We are supportive of the idea of an independent agency versus the ABC,” Wise said. “Our ABC is mostly law enforcement, like many others, … but the fact that it’s going to take so long is an issue.”

Both the House and Senate bills wouldn’t allow recreational sales in Virginia until 2024. But Marijuana Justice and other advocacy groups are asking the General Assembly to speed up the legalization of simple possession in order to cut down on the number of Virginians getting arrested for cannabis. Virginia passed a decriminalization bill last year reducing the penalty for possessing an ounce or less to a $25 fine. Under legalization, that same amount would be completely legal, while possessing between an ounce and five pounds would result in a fine.

Like many other states, people of color in Virginia—particularly African-Americans—are arrested for cannabis far more frequently than other races.

Data from Virginia State Police indicates that while Black people comprise less than 20% of the state’s population, they account for over 45% of first-time cannabis arrests and nearly 53% of all subsequent offense arrests for possession of marijuana.

“If this legislation is to prioritize stopping the harm of arresting Black Virginians four times the rate of white Virginians for marijuana crimes—if we really want to stop that, we need a July 1 enactment date of legalization,” Wise said.

Under the vertical integration model, a single company owns every part of the cannabis business, including grows and dispensaries. Supporters of vertical integration generally argue that it keeps costs down for consumers, adds efficiency to the market and upholds capitalistic principles. Opponents say vertical integration shuts out small operators who can’t afford to spend six or seven figures in licensing fees and overhead.

In Virginia, Northam’s initial proposal allowed for vertical integration, which is currently mandated in the state’s limited medical cannabis program. The House bill limits the practice by restricting companies to only one type of license. The Senate’s version allows for vertical integration but charges a $1-million licensing fee to help support the state’s cannabis equity programs.

Wise said that the debate doesn’t have to be black and white. She believes the state can benefit from vertical integration in the industry’s early stages, while providing opportunities to small entrepreneurs as things grow.

“What we’ve been really talking to the legislators about is yes, banning vertical integration—with some exceptions,” she said. “The medical industry is setting up, they could be the first providers, with some guardrails … [like] a sunset provision that once adult-use sales start, the would be backed out of the market.”

Once the General Assembly is able to work out the issues between the two versions of the bills, a final version will be created and voted upon. After approval, it will be sent to Northam’s desk to be signed into law.

Last week, Marijuana Justice and 23 other organizations—including prominent groups like the ACLU of Virginia, Minorities 4 Medical Marijuana, and the Drug Policy Alliance—sent a letter to governor Northam and state legislators laying out specific criteria to “legalize in a way that rights the wrongs of the disparate impact the War on Drugs has had on Black and Brown communities.”

“I would say that we would probably know more at the end of February, at least where the bills are [after] conference,” Wise said. “From there, we’ll decide if this bill is what we want or not what we want. I think we are going to see a big fight, just like every other state.”