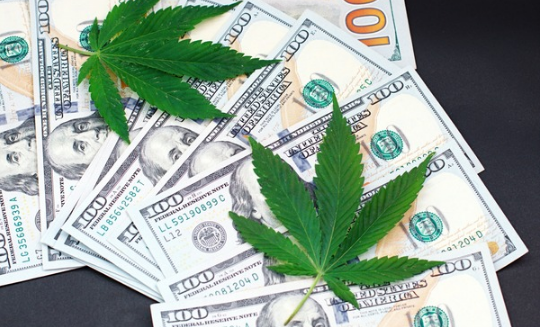 The Marijuana Magnet: Why Big Dollars and Heavy-Hitters are Strongly Attracted

Markets are driven by opportunity. Companies (and individuals) seek out industries and business opportunities that offer the most attractive balance between risk and reward.

Look behind this general dynamic, however, and investors can see that markets are driven primarily by two emotions. Fear and greed.

It’s generally true in markets. It’s true with the cannabis industry as well.

Following nearly 100 years of Prohibition, the cannabis sector represents an enormous opportunity to build a new industry. Over the long term, cannabis has the potential to revolutionize the global economy in the 21st century.

This is a function of not only the amazing versatility of the cannabis plant (and its hemp sub-species). In the context of both medicine and recreational products, cannabis is highly potent and completely safe.

In the near term, if cannabis had been legalized at the national level in the United States (and rolled out efficiently), the U.S. cannabis industry could already be a $108 billion per year revenue producer today.

Here is where we see the different emotions at play. In the case of executives entering the cannabis industry, their motivation could be best classified as greed.

Not the get-rich-quick greed of novices to the business world. Rather these veterans of other retailing industries have assessed the cannabis space and seen a ground-floor opportunity that rivals their own (already mature) industries.

It’s not the cannabis companies that are touting their industry as “a once-in-the-lifetime opportunity”. That was the characterization of the CEO of a recruiting company that is matching up cannabis companies with these C-suite executives.

These high-profile executives are being drawn to the cannabis industry by both the magnitude of the opportunity and the robust compensation being offered by cannabis companies.

And that doesn’t even begin to include the thousands of uses for industrial hemp.

That quantum of long-term revenue potential is enough to make even the most sober retail executive giddy. And look where the cannabis industry has been able to recruit from.

Household brand-names like: PepsiCo (US:PEP), Kellogg (US:K), MillerCoors (US:TAP), Mars Wrigley, and Walmart (US:WMT). This comes with cannabis stock valuations in a deep trough and with current cannabis revenues literally just the tip of the iceberg.

Just imagine how the corporate executives will start flocking to cannabis once the industry is allowed to begin to reach its full potential.

Congress is currently pushing toward national legalization. The FDA has promised more sensible regulations for CBD. Over 1,100 state and federal bills for cannabis reform have already been tabled in 2019. Cannabis normalization is rapidly approaching in the U.S.

That’s why the executives of multinational corporations are converging on the cannabis sector: greed. Greed in the form of more long-term revenue potential than any other new industry today.

As for the multinational corporations looking to enter the cannabis space, their motivation is different. Fear.

Combined, the alcohol and tobacco industries generate nearly $2 trillion per year in revenues. Alcohol is toxic and addictive. It’s the third leading cause of preventable deaths in the U.S. Alcohol kills twice as many Americans as opioids.

Tobacco (nicotine) is much more toxic. It is much more addictive. Tobacco use is the leading cause of preventable deaths in the United States — 480,000 deaths per year. Tobacco kills 10 times as many Americans as opiates.

Cannabis is non-toxic and non-addictive. Rather than causing health problems, cannabis is prescribed to treat health problems – including many of the serious/deadly diseases caused by alcohol and/or tobacco use. Cannabis doesn’t kill anyone.

Because of the increasing dangers associated with alcohol use, the alcohol industry is now in permanent decline. Outside of Third World markets, tobacco sales are flat.

Cannabis is a threat to claim some/most of that $2 trillion per year in revenues. Alcohol and tobacco giants can see the writing on the wall – and they are afraid. And so they are entering cannabis.

Constellation Brands (US:STZ) has been the most aggressive to date, investing $4 billion into cannabis industry leader, Canopy Growth (US:CGC / CAN:WEED). Molson Coors has established a joint venture with Canadian cannabis giant, HEXO Corp (US:HEXO / CAN:HEXO). Other alcohol giants have already been rumored to be sniffing around the sector.

That’s quite a bit of fear, given that the (legal) cannabis industry is still in its infancy. As the cannabis market really begins to take off (in the U.S. and Canada), this trickle of investments from the alcohol and tobacco giants will become a flood.

Then we have Alimentation Couche-Tard Inc (CAN:ATD.A / US:ANCTF), the grocery/convenience store multinational based in Canada. The company controls 16,000 stores in 26 countries.

Couche-Tard recently invested CAD$25 million in one of Canada’s leading cannabis retailers – Fire & Flower Holdings (CAN:FAF / US:FFLWF). However, along with that announcement, Couche-Tard (the owner of Circle-K convenience stores) indicated that it was prepared to commit up to CAD$380 million of “growth capital”.

This was not from a “fear” motive – at least not directly. The cannabis sector is no threat to a grocery/convenience store company.

Instead, call it fear of missing an opportunity. While Couche-Tard can’t directly stock its store shelves with cannabis products today, that day is coming. As government phobias toward cannabis fade, regulations will relax.

Couche-Tard’s investment makes the company a first-mover in preparing for this additional cannabis retail potential.