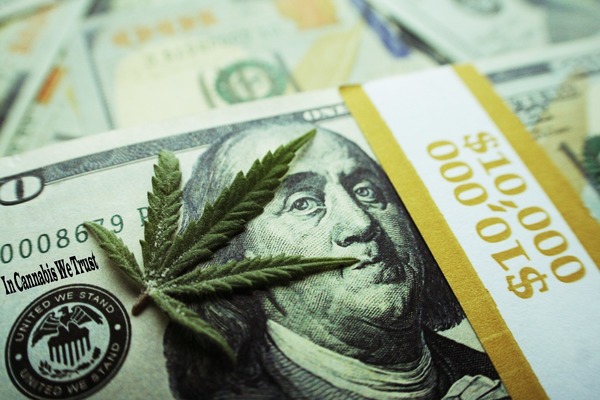 It was another very eventful week for cannabis, the cannabis industry, and cannabis investing.

There is the emerging story of a major Canadian producer that has being caught using licensed growrooms in its licensed cannabis cultivation facility in Ontario. There are significant new cannabis industry numbers from (respectively) the leading U.S. state and leading Canadian province in terms of the legal cannabis industry.

There was important regulatory news, nothing less than the beginning-of-the-end of cannabis Prohibition in the United States. Parallel to that, The Seed Investor looked at how cannabis consumption is becoming a consumer tradition. And, as always, there was lots of news from individual cannabis companies – in both the United States and Canada.

The Seed Investor also reported on important news regarding the positive effects of cannabis legalization: a reduction in teenage usage of cannabis. And in a TSI Exclusive, we offered our views on why we see cannabis-infused beverages “outperforming” versus other classes of cannabis products. Hint: it’s part of our ongoing theme – the importance of cannabis as an alcohol-substitute.

Tuesday, Phivida Holdings reported that it was now distributing and selling its cannabis products in Colorado and California. Planet 13 Holdings announced its store traffic levels for June at its Las Vegas “Superstore”. 48 North Cannabis Corp reported that it will be converting a Brantford, Ontario indoor cultivation facility into a manufacturing facility. Green Growth Brands Inc announced the acquisition of MXY Holdings (Moxie). The Cannabis ETF began trading on the NYSE, sponsored by Innovation Shares LLC. Organigram Holdings Inc announced its own cannabis-infused beverage plans. AgraFlora Organics International updated investors on a Phase 1 development program as it prepares to enter the infused beverage market.

The Seed Investor looked at some interesting news: how cannabis is starting to replace alcohol as Americans celebrate the 4th of July. Overall, there are $100’s of billions of revenue dollars potentially on the table here. For investors wondering how to capitalize on this trend, we also published a handy infographic showing how legal cannabis spending is increasing and where it is increasing.

We also asked the question: is the media feeding frenzy regarding the cultivation infraction by CannTrust an “over-reaction”? The point is this, more than 70% of Canadian cannabis consumption this year is expected to come from (unlicensed) black market sources. In comparison, the pot seized from these unlicensed growrooms is a drop in the bucket.

Thursday, Green Growth Brands was in the news again: a distribution deal with American Eagle Outfitters. iAnthus Capital Holdings Inc announced that its CBD health products are now for sale in 265 Dillard’s Department Stores. HEXO Corp reported that it will be graduating to a full NYSE listing. Cronos Group Inc. announced the acquisition of a fermentation and manufacturing facility in Winnipeg, Manitoba. Village Farms International reported a “full run-rate” at its 1.1 million square foot Delta, B.C. cultivation facility. Aleafia Health Inc announced it had been added to The Cannabis ETF (NYSE: THCX). Lexaria Bioscience Corp. reported a deal with Nic’s Beverage Ltd to produce CBD-based beverages in the U.S. Tilray Inc. reported the first imports of its medical cannabis oral solutions into Ireland.

The Seed Investor spent some time connecting the dots on the surge in cannabis retail spending for 4th of July celebrations. In a TSI Exclusive, we pointed out how cannabis is becoming “an American consumer tradition” – and how this trend will largely come at the expense of the alcohol industry.

Wrapping up the week on Friday, 1933 Industries Inc announced the expansion of cannabis expansion capacity. CannTrust announced a full hold on Ontario sales and the formation of an independent committee to investigate its cultivation lapse. Harvest Health & Recreation reported a new medicinal cannabis dispensary in North Dakota.

Then The Seed Investor shone our spotlight on the state of Colorado. In a TSI Exclusive, we illustrated how that state (alone) has gotten it right in legalizing cannabis. Finally, we looked north of the Border, to the province of Alberta, Canada’s parallel to Colorado in how to quickly and effectively roll out cannabis legalization. The province has already registered more than $30 million in cannabis taxes in the first six months since legalization.

As we near the midpoint of summer, there is no indication of things cooling off in the cannabis space.