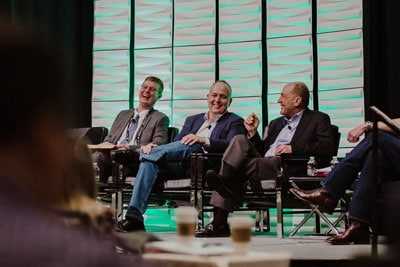 Tom Schultz, CTPharma CEO and Co-Founder, Passes Away at 70

Tom Schultz, CEO and co-founder of Connecticut-based medical cannabis producer CTPharma and long-time Cannabis Business Times columnist and speaker at Cannabis Conference, tragically passed away on Aug. 22 from injuries sustained in a bicycle accident. He was 70 years old.

Schultz was on his weekly bicycle ride, traveling south on High Ridge Road in Pound Ridge, New York, when a 2014 Ford Econoline van traveling in the same direction struck him. He was pronounced dead after life-saving maneuvers were attempted, according to a report from Patch.com.

In a statement, CTPharma said, “Tom Schultz was a co-founder and visionary of CTPharma. In addition to being a great leader and mentor, he was also a friend to all. He will forever be with us in spirit and we look forward to continuing to honor his legacy through his foundations and CTPharma.” 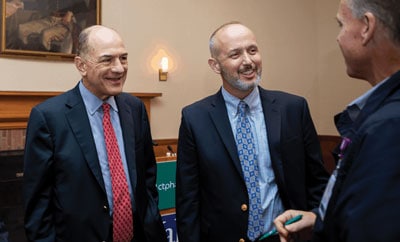 Tom Schultz (left) and Rino Ferrarese (right) speaking with a journalist about CTPharma’s FDA-approved clinical study, conducted in collaboration with Yale School of Medicine, during the company’s official announcement on Nov. 8, 2019.

Noelle Skodzinski, editorial director for GIE Media’s cannabis group, said, “Tom has been contributing, along with his friend and business partner, Rino Ferrarese, to Cannabis Business Times since April 2017, and his vision has helped guide the industry toward higher standards in professionalism, patient care and product quality and consistency.

“Tom was a brilliant thinker and businessperson, with a true and persevering passion for the medical potential of cannabis, as well as for the patients CTPharma has served over the years. He was also a dear friend to me and many of those on our team. We are all mourning his loss and thinking of his family and his extended family at CTPharma at this time.”

Tom Schultz (right) was a long-time CBT contributor and spoke at the 2019 Cannabis Conference. Here, he is pictured with Rino Ferrarese (middle) and John Billings (left), the former head of cultivation at The Farm in Boulder, Colo.

In his CBT column, “Technically Speaking,” which he co-authored with Ferrarese, Schultz explored regulatory and standards issues in the cannabis industry, often taking a forward-looking approach in answering complex problems and offering guidance from his experience in the pharmaceutical and over-the-counter (OTC) markets.

In addition to being CEO of CTPharma, which he had successfully guided to conduct FDA-approved cannabis studies, Schultz also was president of Connecticut’s medical cannabis producers’ association and was involved in many charities, including the one he founded, the Canaan Foundation, which works on technology transfer initiatives for schools in Kenya and Cameroon.

Prior to CTPharma, Schultz was a Wall Street lawyer and investment banker turned pharmaceutical executive. He started as a lawyer with Mudge Rose Guthrie Alexander & Ferdon and, later, joined a boutique Wall Street investment banking firm that was acquired by National Westminster Bank.

In 1996, Tom completed a merger of the major producers of witch hazel and assumed the leadership of Dickinson Brands, Inc., the resulting firm. Dickinson markets OTC pharmaceutical products and consumer packaged goods to major retailers across the United States.

A whip-smart man with a sharp wit, Schultz was a graduate of Yale University, the NYU School of Law, and the Woodrow Wilson School at Princeton.