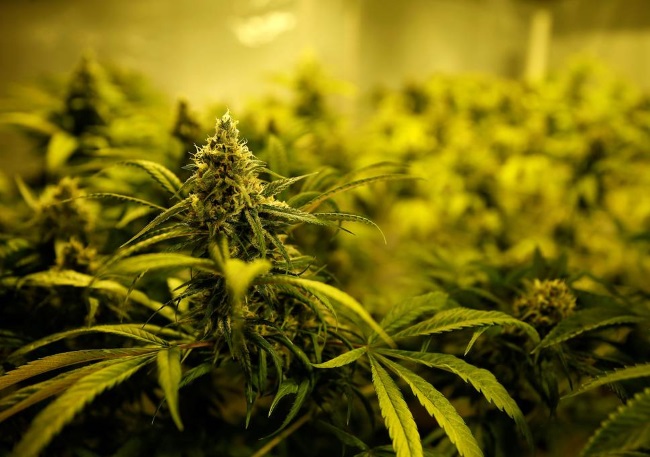 The UK is missing out on a cannabis “green rush” worth billions of pounds because of nonsensical prohibition policies that criminalise a legitimate medical industry, hurting thousands of patients with debilitating conditions, experts have warned.

The comments from leading cannabis industry experts come as investors from around the world gather in London on Tuesday for Cannabis Europa, a conference to highlight the growing opportunity presented by medical cannabis in Europe.

Neil Marouka, a managing director at investment firm Cannacord Genuity and a leading cannabis industry analyst, said that the UK was “absolutely missing out on a huge opportunity” for generating tax revenues from the legal cannabis business, while other countries surge ahead.

Demand in his native Canada is “insatiable”, he said. “We don’t have the domestic capacity to grow what we need to satisfy it.”

Cannabis has been legal for medical purposes in Canada since 2002. But it was not until Justin Trudeaucommitted during the 2015 election to legalisingrecreational use that the industry there began to explode, Marouka said.

This accommodating legal framework has allowed Canadian companies to lead the cannabis industry charge. They now see an opportunity in Europe, where several countries are moving towards legalisation of the plant for medical use.

Germany, Denmark, Ireland, Greece, Poland and others are all at various stages of implementing legalisation in one form or another.

The future size of the European market is not easy to predict with precision, said Stephen Murphy, co-founder of Prohibition Partners, a consultancy firm that gathers intelligence and insights into the Continent’s cannabis industry.

“But there is no other industry like it in the world,” he added.

“There are some wild estimates out there but we think it’s going to go from zero to €56bn (£49bn) in a decade. It’s an incredible opportunity.”

Australia is actively looking to take advantage of changing regulations around the world by becoming a medical cannabis exporter, as are both Jamaica and Colombia, according to Murphy.

Such rapid growth in a sector that is still illegal in most countries has the potential to attract some less scrupulous players. But Murphy is proud of an industry that has rapidly professionalised.

“Companies in the cannabis business put in the same level of professionalism and scientific rigour as you would into any other pharmaceutical product,” he said.

“What we need is informed, positive media attention and political debate that doesn’t just revert to lazy stereotypes.”

Dan Sutton, founder and chief executive of cannabis growth company Tantalus Labs is a prime example of the qualities Murphy refers to.

His company has been dubbed the “Tesla of cannabis” for its high-tech approach and dedication to sustainability. Sutton is a  passionate advocate of the virtues of both medical, and recreational weed. He is also a scholar of the thousands of compounds that make up the cannabis plant.

“We have only scratched the surface in terms of the medical applications have discovered so far,” he said, before reeling off a host of compounds.

He envisages a huge medical market for cannabis alongside a recreational one similar to that which exists for fine wine today, with enlightened, highly informed consumers sampling the finest products from different regions around the globe.

Tantalus has built a futuristic greenhouse encompassing the latest technology to keep conditions such as temperature and humidity to precise levels, delivering a highly consistent product while eradicating mould and other pests without using any pesticides.

He believes the debate around legalisation in the UK has so far been hampered by a “residual social conservatism”  but also said he can see this is changing.

High-profile cases demonstrating the profound effects cannabis can have when used as a medicine have helped to galvanise political support on both the left and right of the political spectrum.

The family of Alfie Dingley, a six-year-old boy with a rare form of epilepsy that causes up to 30 seizures a day, have gained huge support in recent months from politicians, celebrities, and the wider public.

While receiving medical cannabis oil on prescription in the Netherlands he went 27 days without a seizure. But when his family applied for a license for him to use it in the UK, they were rejected by the Home Office.

Cannabis, or compounds derived from the plant, have been shown to have positive benefits to patients with a huge array of conditions including cancer, multiple sclerosis, fibromyalgia and chronic pain.

In addition to the heart-rending individual cases for legalisation in the UK there is an overwhelming economic one, British industry experts say. Wealthy foreign investors are now raising funds in London, destined for legal markets elsewhere.

“While the UK has some of the top medical researchers in the world working to advance the industry, our legislation is not yet up to the same speed,” he added.

“We need to continue to push the conversation around the use and regulation of medical cannabis if we want to keep pace with other nations who are already taking action.”

Meanwhile, George McBride, a partner at Hanway Associates, which is organising Tuesday’s Cannabis Europa event said the rapidly advancing wave of cannabis reforms around the world meant “it is only a matter of time before the UK joins Germany, Italy, Canada, Australia and the dozens of other countries in permitting medical cannabis access.”