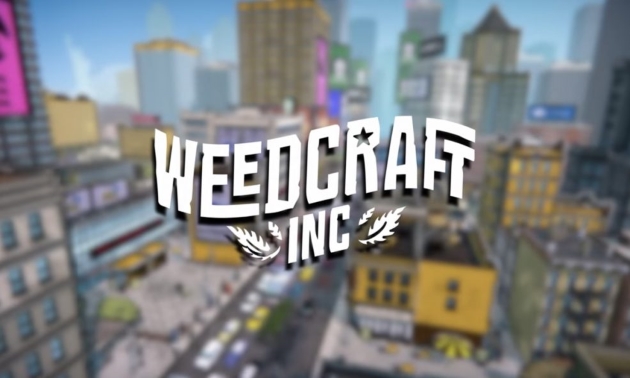 The cannabis industry is experiencing an all-time high when it comes to growth and acceptance for the plant that powers their business. Grassroots legalization efforts are happening all across the country, while surging stocks for cannabis companies, like Tilray, have reminded investors of the dotcom boom. Even politicians have turned heel, joining the Green Rush however they can.

Now you too can participate (from the comforts of your computer) thanks to a tycoon game-parody called Weedcraft Inc. Published by Devolver Digital, the game allows players the typical mechanics and systems found in a tycoon game, but wrapped in the specificity found in starting a marijuana business. Instead of a free-for-all sandbox experience, Weedcraft Inc. will follow a loose narrative, as players explore different vignettes of the cannabis start-up enterprise.

According to Alexander, the game will change based on the state and situation players find themselves in depending on the vignette. You can also play the game with varying degrees of morality and legality; bribing cops or building false storefronts to hide your cannabis farms is totally allowed. The line the game developers won’t cross? You won’t see any kids smoking weed on screen. The style in which you play the game will also affect whatever bonuses and abilities you’ll acquire.

“Right now, it’s like the end of Prohibition meets the Gold Rush,” Scott Alexander, the game’s main writer, told Polygon. “The federal illegality combined with the state-by-state legalization has created a financial morass and just a weird, interesting place. And we thought, ‘Well, that’s a tycoon game waiting to happen.’”

“Playing fully decent is like getting a cultural victory in Civilization,” he added. “[It’s like,] ‘Can I play the whole game without fucking anyone over?’”

According to Devolver Digital co-founder Mike Wilson, you can expect Weedcraft Inc. to debut in early 2019.