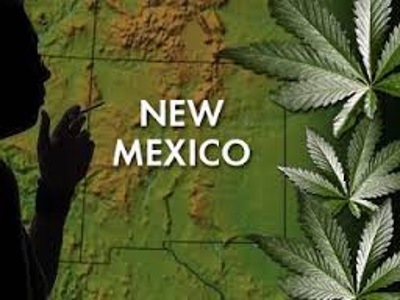 Back when she was first running for governor in 2010, Susana Martinez, then the district attorney in Las Cruces, was very clear about her opinion on medical marijuana.

“It is against federal law to distribute marijuana, and there are alternative medications that meet the medical needs of patients,” the future governor wrote in a candidate questionnaire for this newspaper before that year’s primary. She made similar statements in other publications later in her campaign.

But less than a week after taking office in January 2011, Martinez seemed to change her tune. Asked about the issue at a news conference, Martinez said she was still against the medical use of marijuana. But asked whether she’d be pushing legislation to repeal the 2007 law that established the “compassionate cannabis” program, Martinez said, “We have bigger issues we have to deal with, like balancing the $450 million budget deficit and reviving the economy.”

Martinez, who remains a prosecutor at heart, never became a huge booster of the medical marijuana program. But despite her personal opposition, the program has grown under her watch.

When she took office, there were only about 3,000 patients in the program. According to the Department of Health, at the end of May, there were more than 53,000 enrolled patients, nearly 6,100 in Santa Fe County alone.

There are 35 licensed nonprofit producers in the state. There are nine medical marijuana dispensaries in and around Santa Fe. In February, when The New Mexican’s Daniel J. Chacón wrote an article about “the green rush” in Santa Fe, there were only seven dispensaries here. Chacón noted that two dispensaries had opened here in December.

And they’re popping up all over the state. You can even find them in more conservative communities such as Hobbs, Artesia, Alamogordo and Farmington. (Sorry, Pie Town. I didn’t find you on the list. But at this rate, probably some day the town will be.)

Martinez will be leaving office at the end of the year. And this year, medical marijuana doesn’t seem like much of an issue in the governor’s race. Raising more interest has been the issue of legalizing recreational marijuana. Democrat Michelle Lujan Grisham has said she’d support such a move but only after serious study of other states, such as Colorado, that have legalized it. Republican Steve Pearce is staunchly opposed to legalization of recreational use.

As far as medical marijuana goes, Lujan Grisham — who was health secretary under Gov. Bill Richardson — helped set up the state program and remains supportive. Pearce told the Las Cruces Sun-News last year that he wants to “look more closely” at marijuana as a medicine and that he’s been moved by stories of patients who have found relief from the drug.

But there is a marked difference in the voting records of Pearce and Lujan Grisham, both of whom currently serve in the U.S. House of Representatives, on medical marijuana issues.

Lujan Grisham voted in favor of those items.

The real question about medical marijuana in this state is whether the next governor will back legislation such as a bill sponsored by state Sen. Cisco McSorley last year that would have allowed medical marijuana patients to possess more cannabis and eventually let producers grow more. That bill passed the Senate by a vote of 29-11 but mysteriously died in the (Democratic-controlled) House.

Referring to the 2007 medical marijuana bill, which he carried, McSorley said in 2017, “Over the last 10 years that bill has become somewhat outdated and some of those provisions need to be revised. This is the first amendment we’ve done in 10 years to the medical cannabis program. And there’s one thing this bill does. It helps the patients.”

Though medical marijuana is likely a fixture in New Mexico now, we will have to see whether the new governor and Legislature will try to make cannabis easier to obtain for the growing number of patients in the program.